Severe Tropical Cyclone "Ula" hit Tonga kingdom in the Pacific Ocean on January 1, 2015. Hundreds of people were evacuated ahead of the system's approach. Luckily, no victims were reported so far. Ula is expected to weaken as it near Fiji on December 3, nevertheless, the Tropical Cyclone Warnings for heavy rainfall and strong winds remain in place.

Ula made passage over the northern island of Vava'u with a force equivalent to the Category 3 hurricane, packing winds up to 150 km/h (93.2 mph). 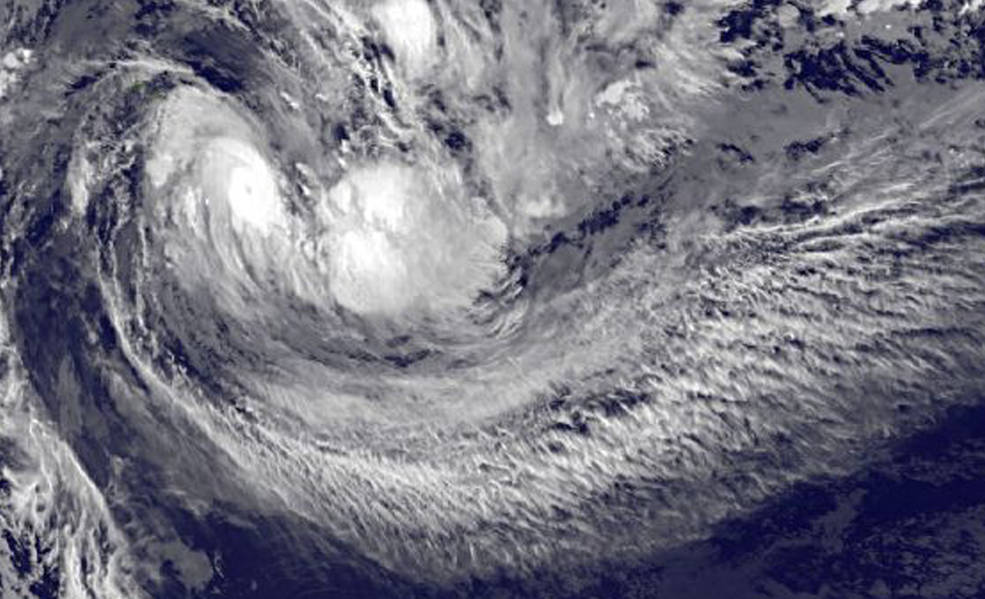 A state of emergency was declared in Tonga before Ula's passage to prevent or minimize the loss of human life, illness or injury, according to Akilisi Pohiva, the Prime Minister of the country. 11 evacuation centers have been established across the affected areas, and more than 390 people have been relocated.

"We are very happy that there are no casualties, police checked with hospitals and town officers to confirm that," Siaosi Sovaleni, the chairman of the National Emergency Management Office said.

NASA Sees Tropical Cyclone Ula's Eye and Rainfall On Dec. 29, NASA's GPM saw rain was falling at a rate of over 83.6 mm (3.29 inches) per in a feeder band (of thunderstorms) northeast of the developing tropical cyclone Ula's center. Video credit: NASA/JAXA/SSAI, Hal Pierce

Tropical Cyclone "Ula" formed on December 30 east-northeast of Pago Pago, American Samoa and its peak winds have been expected to remain below 140 km/h (86.9 mph). However, the storm intensified to a severe tropical cyclone as it approached Tonga.

Strong winds toppled trees and damaged crops across the affected area, and the main airport was closed to domestic flights. Residents of Tonga have been lucky enough to escape storm's further intensification as its surrounding environment was packed with little moisture, according to Ofa Fa'anunu, the director of the Tonga Meteorological office.

"If the moisture had been present it would have been the right ingredients for development into a much stronger system."

Ula is currently losing its intensity, and its sustained wind speed will drop to 129.4 km/h (80.4 mph) over the next 24 h. The system will mostly dissipate over the next 3 days due to decreasing sea surface temperatures, increasing vertical wind sheer and dry air entrainment, according to JTWC.