USGS issued green alert level for shaking-related fatalities; there is a low likelihood of casualties. Yellow alert level was issued for economic losses. Some damage is possible and the impact should be relatively localized. Estimated economic losses are less than 1% of GDP of Greece. Past events with this alert level have required a local or regional level response. 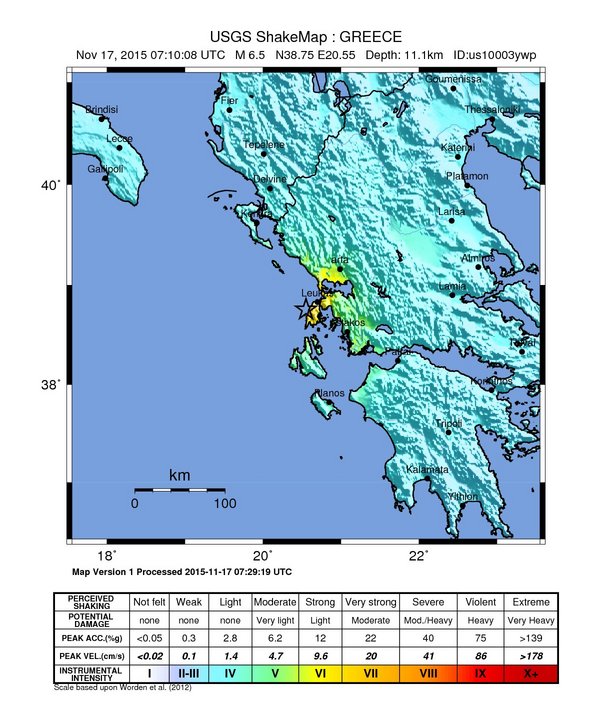 Local authorities report at least two people were killed. Extensive damage was made to infrastructure and buildings on Lefkada and nearby islands.

State ERT TV said part of the harbour of Vassiliki in the worst-hit southwestern part of the Lefkada island was submerged in the sea. Authorities said several houses were badly damaged on Kefalonia and another nearby island, Ithaca.  Ionian Islands regional governor Theodoros Galiatsatos called on residents to avoid any structures that appeared damaged until authorities could assess their safety. (CBC) 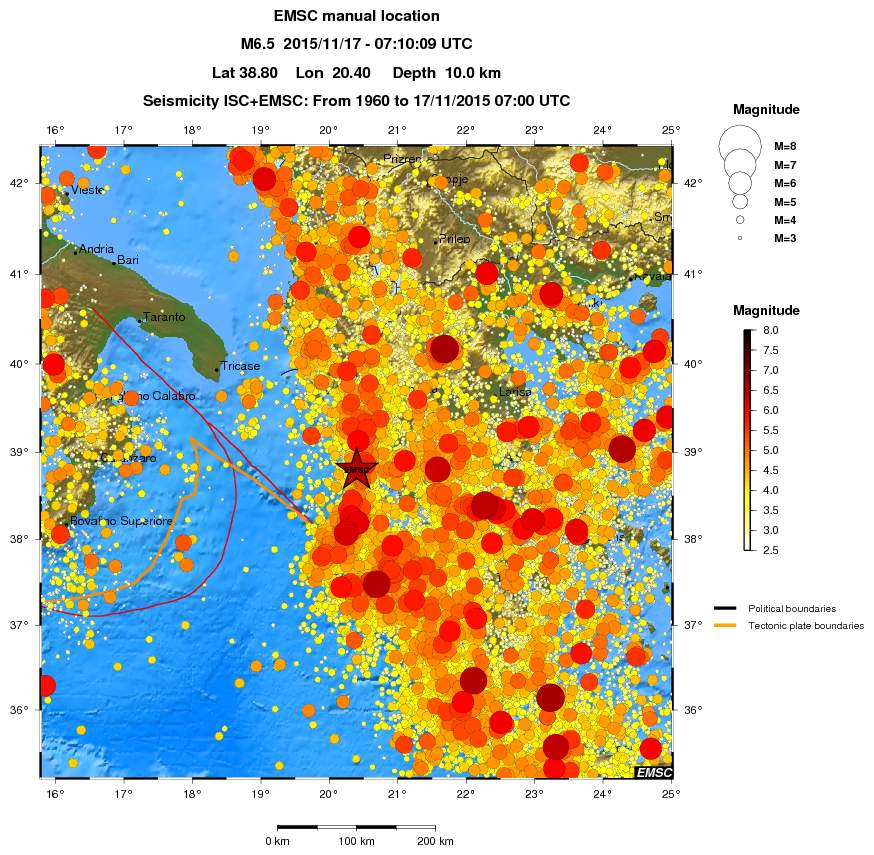 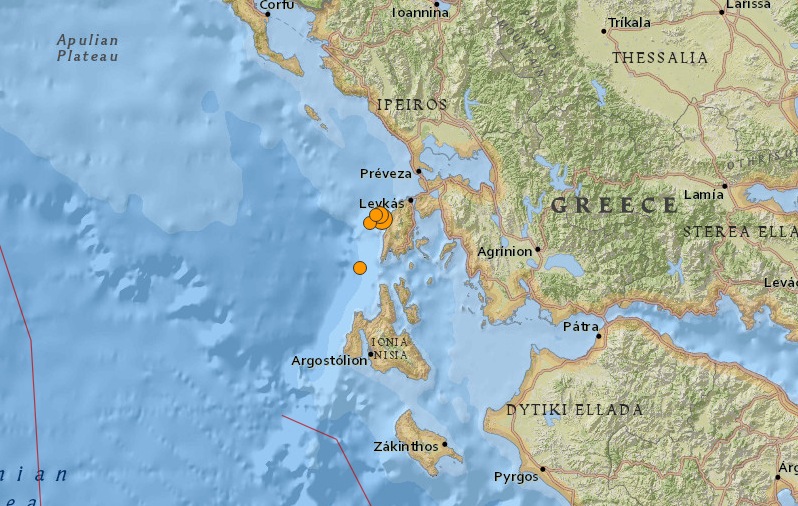