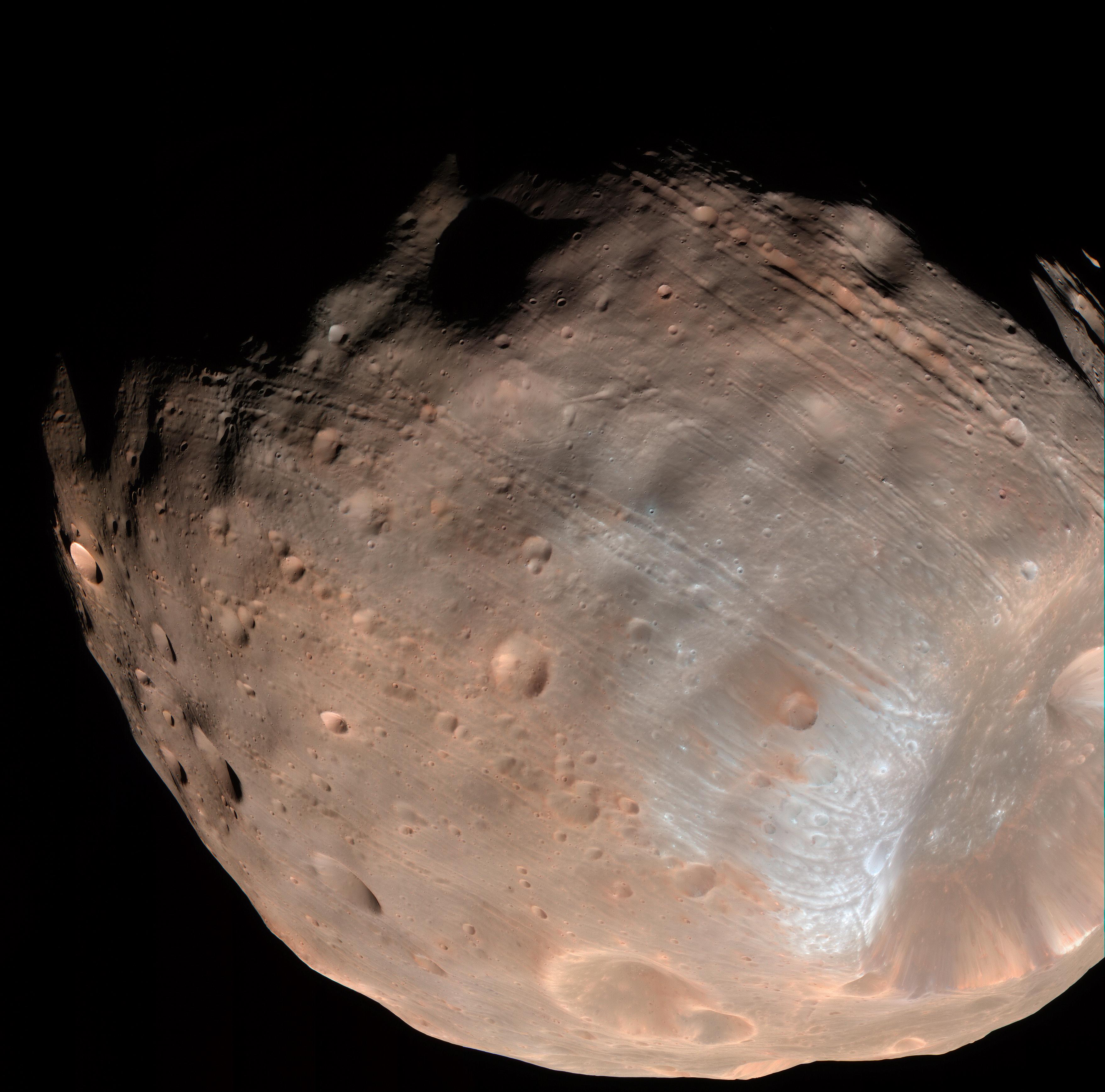 The long shallow grooves on Phobos are likely early signs of structural damage. Scientists now believe that Phobos is not solid but instead is a pile of rubble covered by a thick layer of dust which makes it look solid. Scientists expect the moon to be pulled apart in 30 to 50 million years thanks to Mars' gravity.

Phobos is the larger of Mars' two moons. Due to their low orbits and diminutive size, scientists have long wondered whether Mars' two moons, Deimos and Phobos, are real moons or just asteroids captured by Mars' gravity. Even so, Phobos orbits Mars at a distance of 6 000 km (3 700 miles) from the surface of the Red Planet. This makes Phobos closer to its host planet as compared to any other moon in the entire Solar System.

According to scientists, Mars' gravity is lowering Phobos' orbit by 2 meters (6.6 feet) every hundred years. Based on this fact, scientists expect Mars' gravity to completely disintegrate Phobos in 30 to 50 million years. 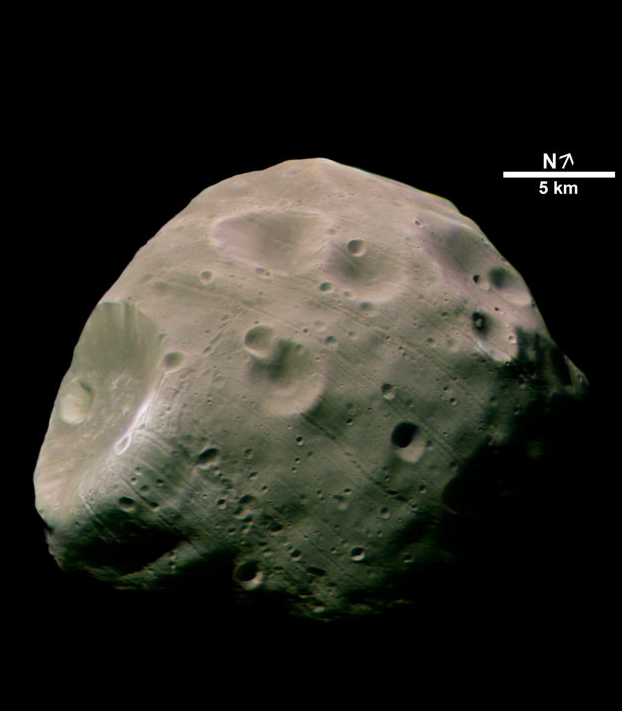 ​“We think that Phobos has already started to fail, and the first sign of this failure is the production of these grooves,” said Terry Hurford of NASA’s Goddard Space Flight Center in Greenbelt, Maryland.

Hurford and his colleagues presented their findings at the annual meeting of the Division of Planetary Sciences of the American Astronomical Society at National Harbor, Maryland on November 10, 2015.

The grooves on the surface of Phobos have always fascinated scientists. Initially, it was assumed that the grooves were formed during the massive impact that created the Stickney crater and almost destroyed Phobos.

However, recent research has shown that the grooves do not radiate outwards from the crater but from another focal point nearby. On the other hand, modeling done by Hurford and his team show that the grooves actually resemble stretch marks that are probably formed due to the gravitational effect of tidal forces.

Scientists had proposed a similar tidal wave model for Phobos' grooves way back in 1974 when the Viking spacecraft had captured the first images of Phobos. But since Phobos was considered to be fully solid at the time, the tidal wave stresses were found to be too weak to create a massive dent like the Stickney crater on Phobos.

The current model proposes that Phobos is only semi-solid. In fact, scientists now believe that the interior of Phobos could be a rubble pile, barely holding together, surrounded by a layer of powdery regolith about 100 meters (330 feet) thick. Such a fragile interior can be easily compromised by powerful tidal energy emanating from Mars' gravity. Tidal stress produced by this updated model of Phobos clearly explains the grooves found on the surface of the moon. This also explains the presence of some grooves that are significantly younger than the others and points to groove-formation being an ongoing process.

“The funny thing about the result is that it shows Phobos has a kind of mildly cohesive outer fabric,” said Erik Asphaug of the School of Earth and Space Exploration at Arizona State University in Tempe and a co-investigator on the study. “This makes sense when you think about powdery materials in microgravity, but it's quite non-intuitive.”

The current research has implications for other satellites like Neptune's moon Titan which also awaits a similar fate. It can also be extrapolated to extrasolar planets according to researchers.

“We can’t image those distant planets to see what’s going on, but this work can help us understand those systems, because any kind of planet falling into its host star could get torn apart in the same way,” said Hurford.

Featured image: A new study suggests that the grooves on Mars’ moon Phobos are signs of stress, caused by the pull of gravity between Mars and its moon. Credit: NASA/JPL-Caltech/University of Arizona.