Western Pacific basin is currently hosting two tropical storms; Koppu and Champi. Champi formed into a tropical storm on October 14, 2015, according to the Joint Typhoon Warning Center (JTWC) and is currently nearing the Mariana Islands. It is expected to intensify into a violent typhoon by October 17, however it will most likely not make a direct impact on the populated areas, apart from bringing some rough weather to the Mariana Archipelago.

The storm system was first spotted as a Tropical Depression "25W" on October 13, about 1 559 km (969 miles) east of Andersen Air Force Base, Guam. It intensified into a tropical storm by October 14, 09:00 UTC and was named Champi. 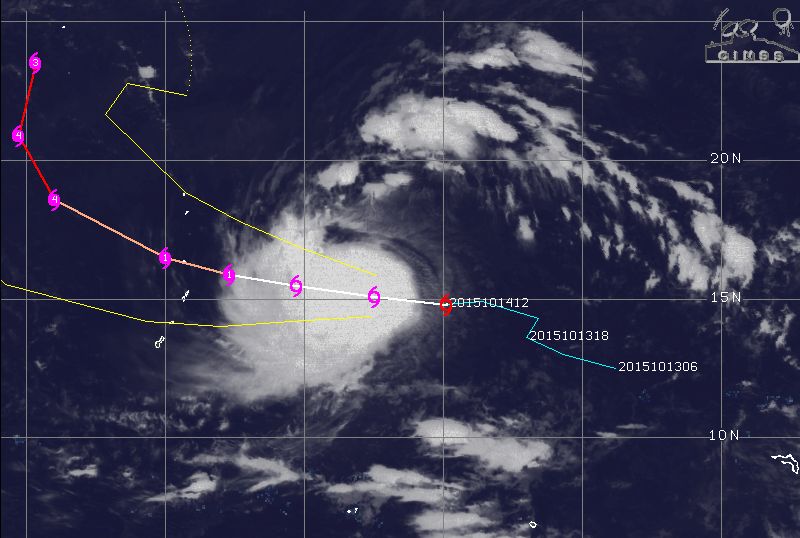 Tropical Storm "Champi" was located approximately 998 km (620 miles) east of Saipan, the second largest island of the Mariana Archipelago, on October 14, at 15:00 UTC, according to JTWC. The system was tracking westward at 28 km/h (17 mph), while packing maximum sustained winds of 74 km/h (46 mph) and wind gust speeds reaching 93 km/h (58 mph). Central pressure of the storm was estimated at about 993 hPa. 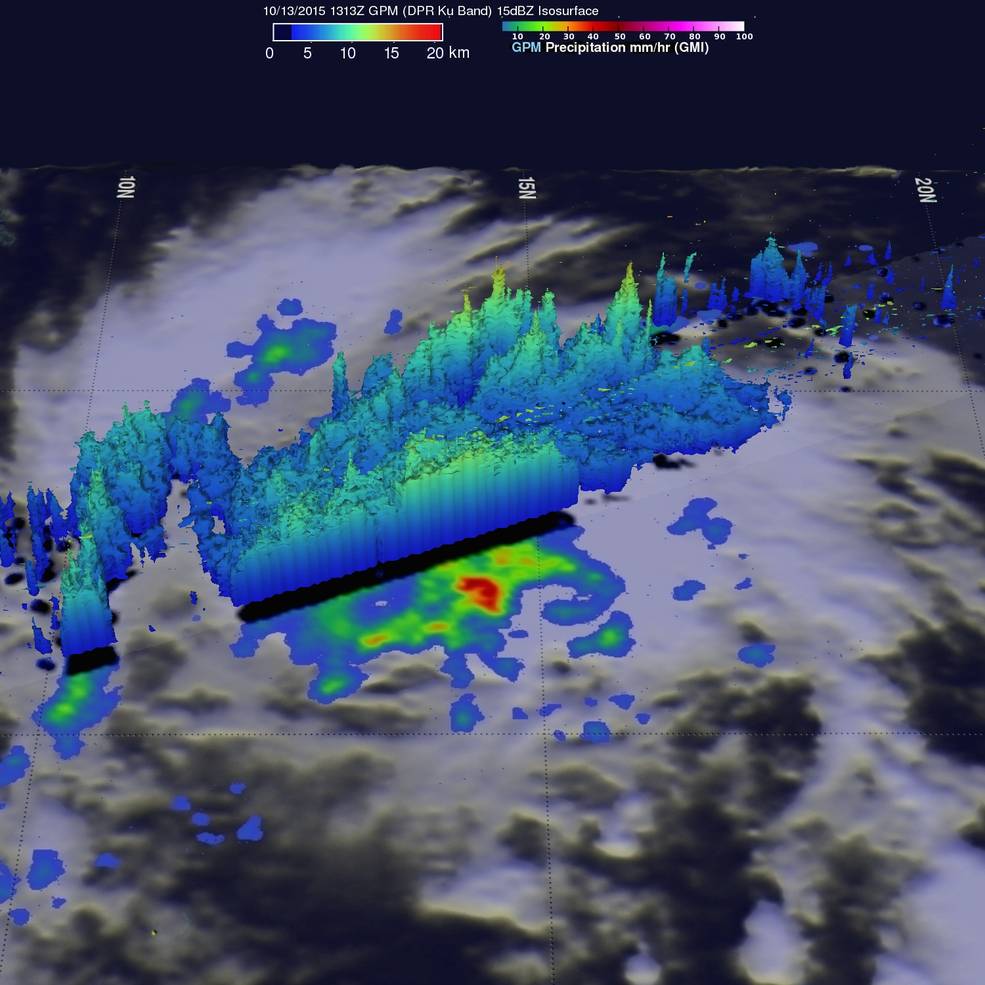 In the next couple of days, the system will turn poleward and decreasing sea surface temperatures and increasing wind sheers will start to weaken it.

Champi will probably have no direct impact across the populated areas of the northwestern Pacific, although severe weather is expected to affect the Mariana Islands during October 15 and 16. The system will require further monitoring over the next couple of days to evaluate its moving track more carefully.