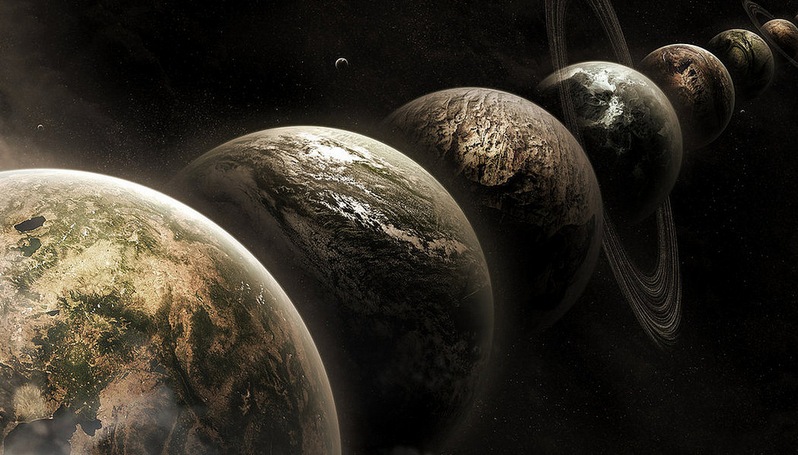 It’s a part of the question that the human race has been asking almost since the beginning of our existence. Whether it be through science, religion or other platforms.

Mankind will always act upon our need for knowledge, our evolutionary curiosity to know more. The question of “Why?” is something that still to many degrees perplexes science to this day. Many question the chances of everything falling into place so perfectly for our universe to form the way it did. If our existence does follow the single universe hypothesis then nobody can deny that the odds were staggeringly stacked against the creation of not only our own existence, but the universe as a whole. Needless to say, science continues to ask why and continues to search for answers. One theory that has gained more and more weight over the years and has been supported by the likes of Stephen Hawking and regarded by many as being more likely than not is the theory behind the multiverse. There are many different levels in which we can theorise a multiverse and an even larger amount of evidence in physics that supports the claims. For the purpose of asking this question let us take a look at the multiverse in its most basic form.

Scientists still can not be sure on the shape of our universe, however many would agree that it is probable we are living in a flat universe that stretches out infinitely. Now we know that with anything in life, there are only a finite number of ways in which you can organise anything before you eventually repeat yourself, the same stands for the particles that act as the building blocks of our universe. This means that at some point through the ever-expanding fabric of space-time in this infinite universe, existence as we know it has happened again and again and again and so on. Theoretical physicists like Brian Greene are at the forefront of studying these points on multiverse theory and covers many different theory’s in many of his books such as “The Hidden Reality” and “The Elegant Universe” Now, due to the laws that control this infinitely expanding universe it would seem almost fact to say that in many of these distant universes that we recognise to be identical to our own, there is a version of all of us, all be it slightly different or in some cases drastically disparate.

In one distant universe where you are fortunate to exist, you may have decided to call in sick for work today or decided to put on a different pair of shoes. In another, you may have crafted yourself a different career altogether. You may have just recently been a direct contributor towards the outcome of world peace in one world yet in another universe a significant factor in the destruction of all of humanity. This theoretical burden does not just fall to just you and I but to everyone on the planet and in many ways beyond. The point is the possibilities are endless, what can happen will happen, at some point in time in one or many of these universes.

What if this theory is proven to be fact in years to come? What becomes of our existence? That feeling inside all of us that makes us feel like ourselves. Does it render what we do in our lives inconsequential? Are we are no longer unique, but just a long line of us spread out over and over again further past the observable universe than we could realistically comprehend? If the versions of ourselves in other universes believe they are just as much us on the inside as we do then where does that place us? On the reverse side, some may see the positives in the theory that we, as individual living organisms, have the ability to achieve absolutely anything. Perhaps in many of these universes we may have already achieved everything, somewhere out there in the blackness of space and time. Many would argue that this may add a new dimension that only heightens the uniqueness of humanity more than ever before. Whatever the outcome, the multiverse theory is making scientists take another look at our world and the secrets behind our origins, so next time you pick up a copy of your favorite magazine remember a version of you in a universe far out in space-time may already know what is inside.