After four days of increased solar activity, multiple Coronal Mass Ejections (CMEs) were finally observed as a part of an overarching set of coronal disruptions from the vicinity of Region 2420 and stretching southward towards Region 2422, and towards the western limb on September 30, 2015. Analysis of coronagraph imagery suggests a possible Earth-directed component from at least one of the CMEs, and at least a glancing blow from the others, SWPC reports.

A G1-Minor Geomagnetic storm conditions are forecast for October 2 – 3 and potentially beyond this forecast period. 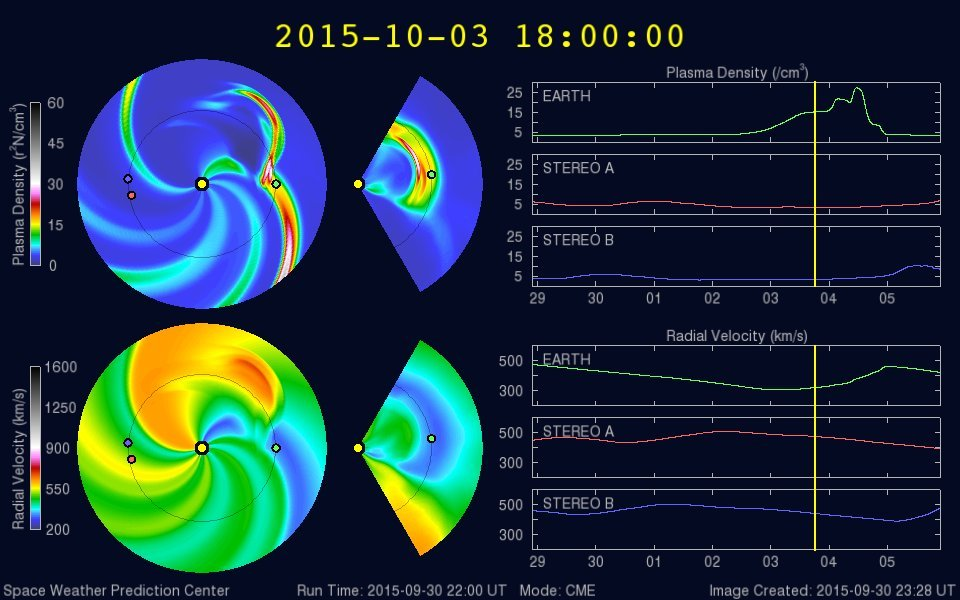 Additionally, an impulsive solar flare reaching M4.5 at its peak time erupted from Region 2422 at 13:10 UTC on October 1. The event started at 13:03 and ended at 13:14. There were no radio signatures that would suggest a CME was produced by this event. 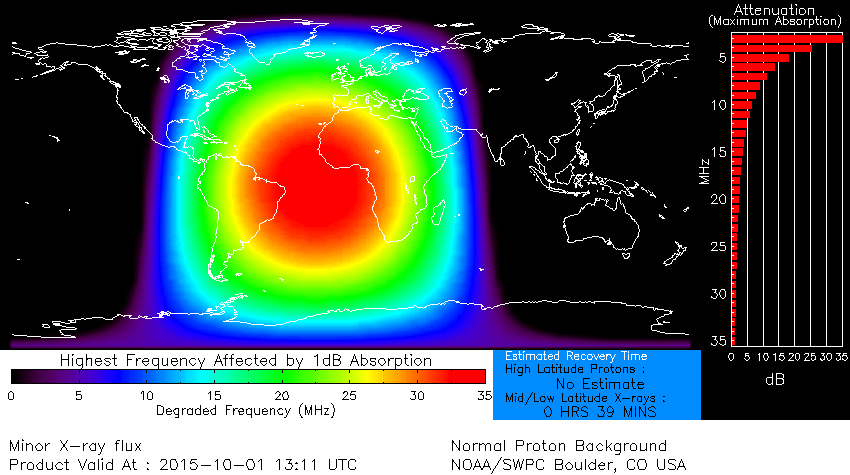 Region 2422 (Beta-Gamma-Delta) continued to decrease in total area, lost some of its leader spots, yet retained its delta magnetic signatured over the last 24 hours.

Region 2427 (Beta) exhibited consolidation in its intermediate spots and slight decay in the trailer spot area.

Region 2420 continued its slow decay as it approached the west limb. 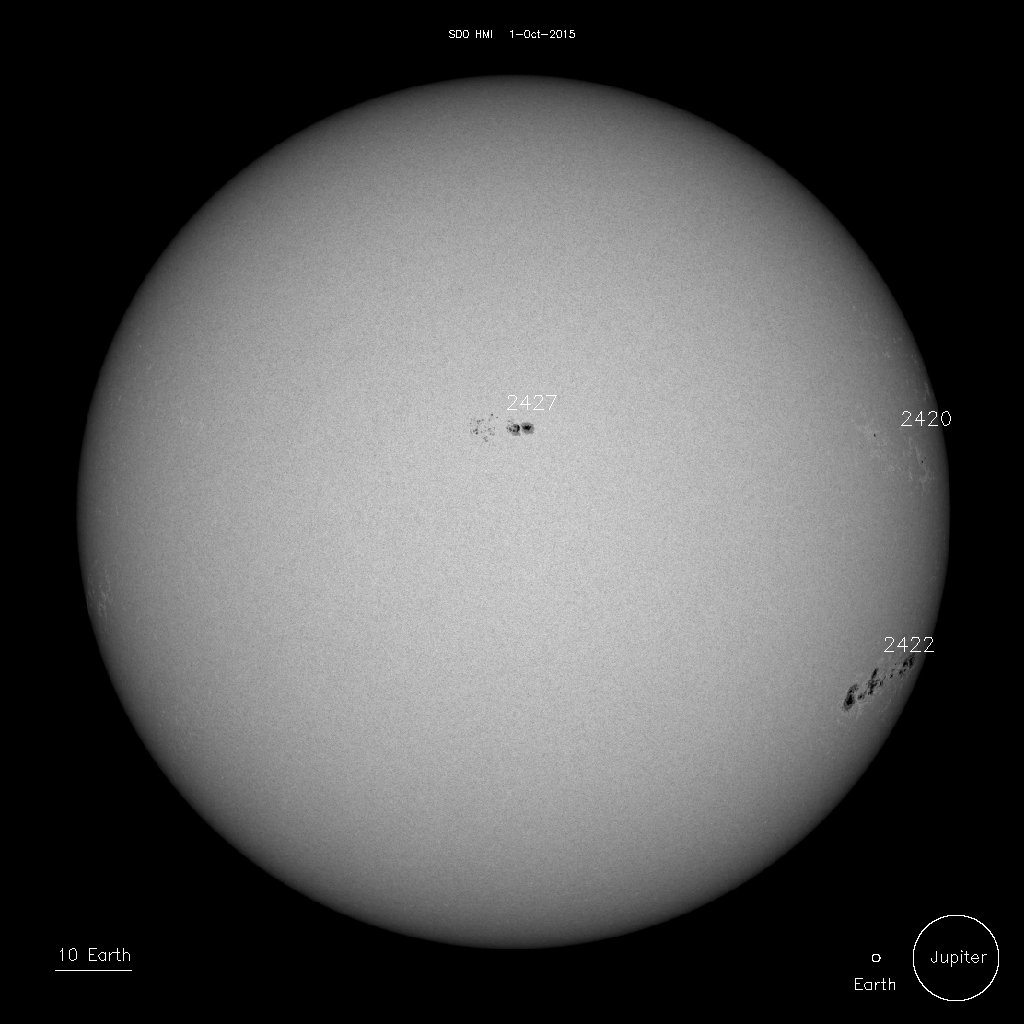 SWPC forecasters expect solar activity to be low with moderate (R1-R2, Minor-Moderate) flare activity likely, and a chance for X-class (R3-Strong or greater) flares on October 1 and 3 due primarily to the greater flare probability from Region 2422. Chances of R3-Strong flare activity will begin to decrease on October 3 as Region 2422 continues to decay and transit the west limb.

The greater than 2 MeV electron flux is expected to continue at normal to moderate levels through October 3. The greater than 10 MeV proton flux is expected to remain at background levels, with a chance of reaching 10 pfu or greater levels (S1, Minor or greater) through the same period due to the increasingly geoeffective positioning of Region 2422.

Solar wind parameters could see a slight enhancement on October 1 as a weak, positive polarity coronal hole high speed stream (CH HSS) moves closer to the Earth. Recurrence suggests a solar sector boundary change (SSBC) is likely and would disturb the IMF with increased total magnetic field strength and increase in solar wind speed. October 2 is expected to see a further enhancement of the IMF due to a co-rotating interaction region (CIR) ahead of a positive polarity coronal hole high speed stream (CH HSS), and the possible arrival of one of the CMEs from September 30. Disturbed and enhanced conditions are likely to continue into October 3 due to continued CH HSS effects and the arrival of additional CMEs from September 30.

The geomagnetic field is expected to be at quiet to unsettled levels early on October 1, with unsettled to active levels by the end of the UTC day, due to a slightly enhanced space environment and the possible SSBC event. October 2 is expected to experience quiet to active conditions, with a likely period of minor storming (G1, Minor) due to CIR and CH HSS effects, as well as the possible arrival of the September 30 CME. Active conditions are expected to continue into October 3, with a likely period of minor (G1) storming again late in the day due to geomagnetic response to the CME events of September 30, should they arrive late on October 3. (Forecast by SWPC. Issued 12:30 UTC on October 1, 2015)