Typhoon "Dujuan" made its second landfall in eastern China, on September 29, 2015 after severely battering Taiwan the day before. Strong winds, heavy rainfall and landslides have ravaged affected areas, leaving behind two victims and 300 injured people so far. Hundreds of thousands of people have been evacuated in China, prior to the system's landfall. Extreme weather warnings remain in places across Taiwan, Japan and China, as of September 29.

Violent Typhoon "Dujuan" made landfall between the counties Yilan and Hualien, in northeastern Taiwan, in the morning of September 28 (UTC), crashing the affected area with severe winds (200 km/h  / 124 mph) and heavy rainfall.

Two people have been reported dead and 300 injured, so far. Railways, subway services and buses have been stopped across Taipei as the storm approached, and hundreds of domestic flights have been canceled as well, Reuters reports. The Emergency Management authorities of the island have reported 370 000 households remaining without electricity.

After passing Taiwan, Dujuan exited into the Strait of Taiwan and approached Fujian province in China. The system significantly weakened at this point, its maximum sustained wind speeds decreased to 139 km/h (86.4 mph). 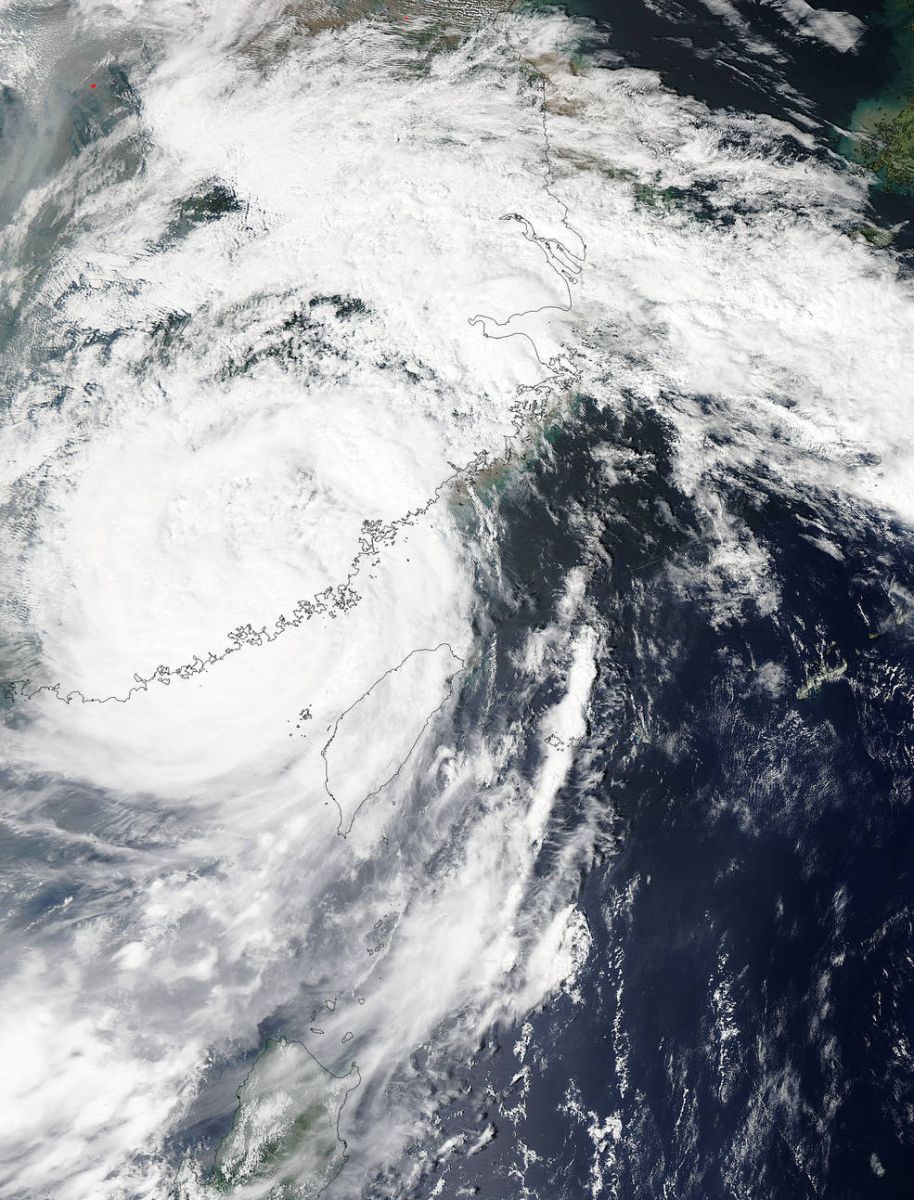 Dujuan made its second landfall off the coast of Meizhou island in Putian City on September 29, around 00:50 UTC. Chinese authorities evacuated 260 000 people in the eastern province of Zhejiang prior to the event. 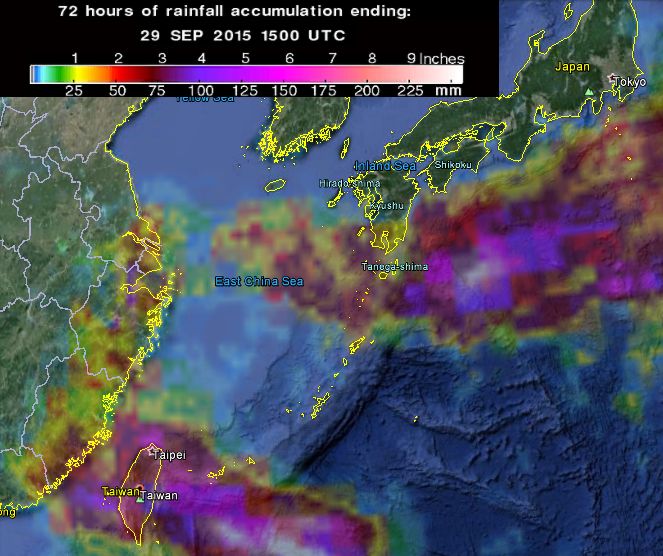 Heavy rainfall and strong winds have already been affecting the areas along the tropical storm's path. 105 mm (4 inches) of rain was measured on Ishigaki island in Japan, 206 mm (8 inches) in Taipei, Taiwan, while about 84 mm (3 inches) was measured in Jinjiang in the province Fujian, in a 24 hour period by September 28.

Rainfall amounts between 300 to 400 mm (12 to 16 inches) were observed on the western slopes of Taiwan's southern mountains. Fenqihu observatory in Chiayi County recorded 582 mm (22.91 inches) of rain, as of September 29.

Wind gusts over 161 km/h (100 mph) have been reported across Taiwan. The highest wind gust was reported in Su'ao Township, where the eye of the typhoon made its landfall, with wind speeds peaking at 207 km/h (128.6 mph), Taiwan's Central Weather Bureau reported.

Floods and landslide alerts are still in effect, as more heavy rainfall is forecasted across Taiwan. An orange warning for typhoon and a yellow warning for rainstorm are in effect in southeastern China, while red warnings for heavy rainfalls accompanied with strong floods are remain in effect on Ishigaki islands, in Japan.