Typhoon "Dujuan", known as Jenny in the Philippines, made landfall in Taiwan, on September 28, 2015, Japan Meteorological Agency (JMA) reported. The system slammed into the island with wind speeds over 200 km/h (124 mph) thus falling into a violent typhoon category. Violent winds and giant waves have already been reported across Taiwan, and further extreme weather conditions, including severe flooding and landslides are expected. Typhoon will continue marching toward China, where safety measurements have already taken place, while awaiting the second landfall.

The tropical system made landfall over Taiwan on September 28, 2015 slamming the island as a violent typhoon. At 10:45 UTC its center was located over Xincheng Township in Hualien County, Taiwan, according to JMA. 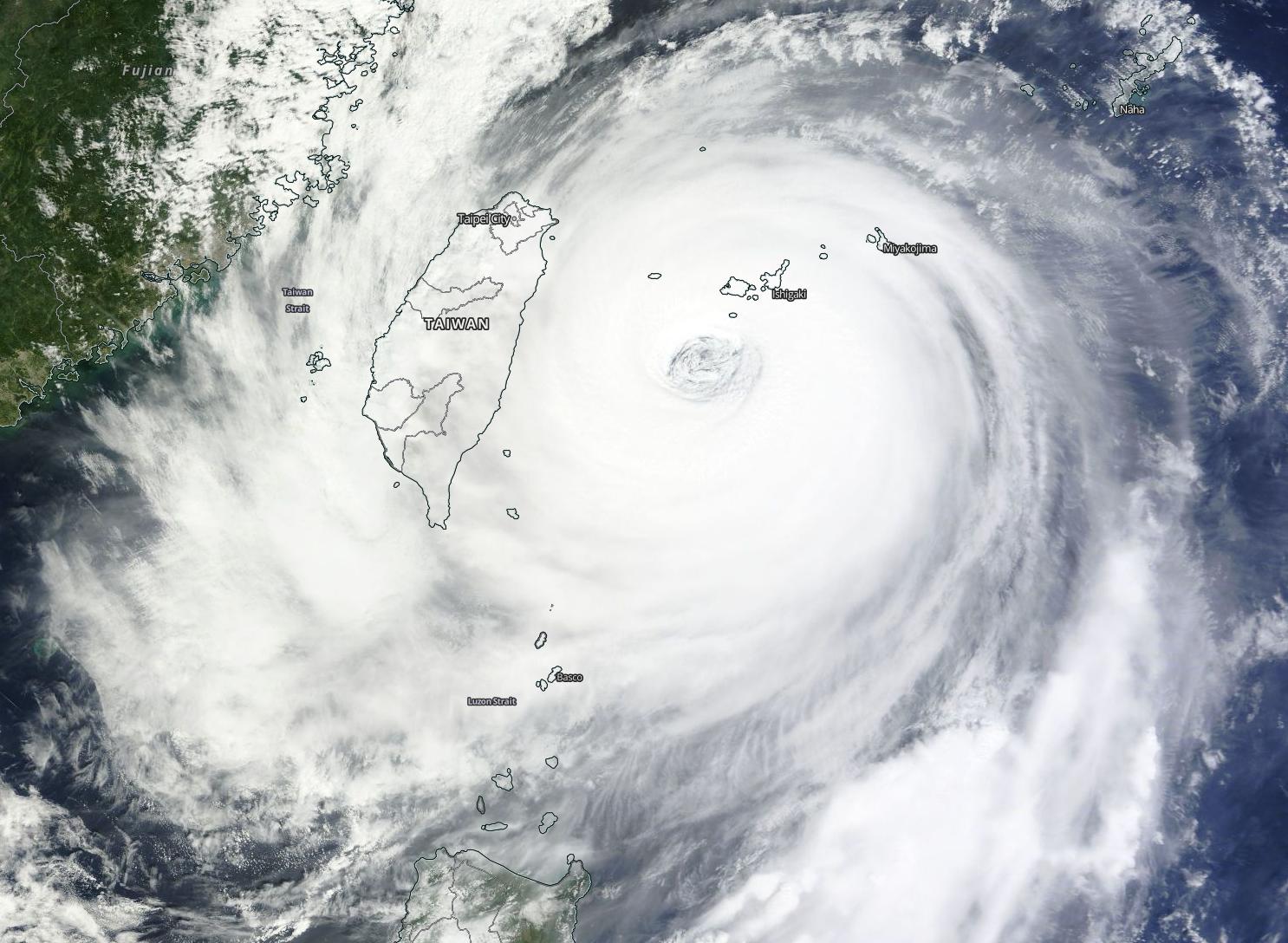 James Reynolds of Earth Uncut TV, reported huge waves and extremely violent winds over Suao, Taiwan, as the system was approaching the island.

Almost 609.6 mm (2 feet) of rainfall has been reported in the mountain regions of northern Taiwan so far. Violent winds, flooding and landslides are expected across the affected areas, as the typhoon passes over the country.

The eye of Typhoon #Dujuan has made landfall over northern Taiwan pic.twitter.com/jJJu5cc1Tt

Over 3 000 people were evacuated from Wulai district in northern Taiwan, as of September 28, media reports. More than 3 500 households have been cut off their power supplies so far, according to National authorities. Emergency Response Centers have been set up across the north and east areas of the country. 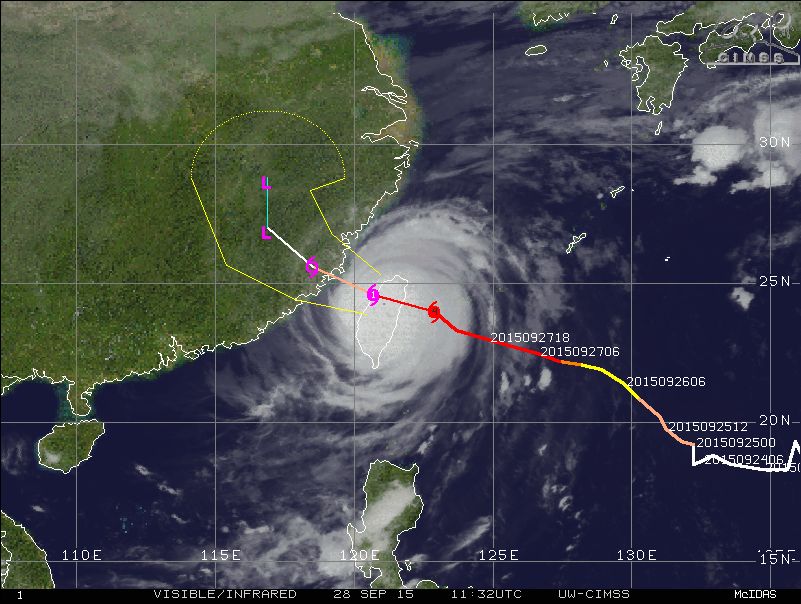 Violent Typhoon "Dujuan" track and forecast for the next 48 hours. Image credit: UW-CIMSS

The typhoon is forecasted to move over the eastern China Sea and make a second landfall in eastern Fujian province on September 29. Storm surge of up to 1.82 meters (6 feet) is expected to affect the areas of Putian city, in the early morning on September 29 (UTC).

An Orange Warning for Typhoon and a Yellow Warning for Rainstorm was issued on September 28 by the Chinese Meteorological Administration (CMA) for eastern Zhejiang, central-eastern Fujian and Taiwan.

At the same time, Central Weather Bureau of Taiwan issued a Typhoon Warning and an Advisory for heavy to extremely heavy rain and strong winds for Taiwan.

JMA issued a Red Warning as heavy rainfall, floods, huge waves and storm surge was expected to hit Yaeyama, Miyako and Okinawa islands in the Okinawa prefecture. So far, almost no damage has been reported in Japan, despite an amazing wind speed of 291 km/h (181 mph) recorded on Yonaguni island, which set the record as the fourth strongest wind ever reported in the country, Robert Speta reports.

Over the next 36 hours Typhoon "Dujuan" is expected to continue traveling west-northwestward, prior to deflecting northward in response to an approaching mid-latitude trough over eastern China.

In the next 6 hours the system will gradually weaken due to land interaction with Taiwan and China, and cooling sea surface temperatures in the Taiwan Strait. Over the next two days, JTWC forecasts the violent typhoon's strength will reduce to a tropical disturbance.