There were no associated radio signatures that would suggest a Coronal Mass Ejection (CME) was produced.

Today's M2.9 is 9th M-class solar flare from Region 2403 since it rotated onto the Earth side of the Sun. The region is undergoing slow decay but maintains its Beta-Gamma-Delta magnetic configuration and still harbors energy for strong eruptions on the Sun. Earth-directed CMEs are still possible. 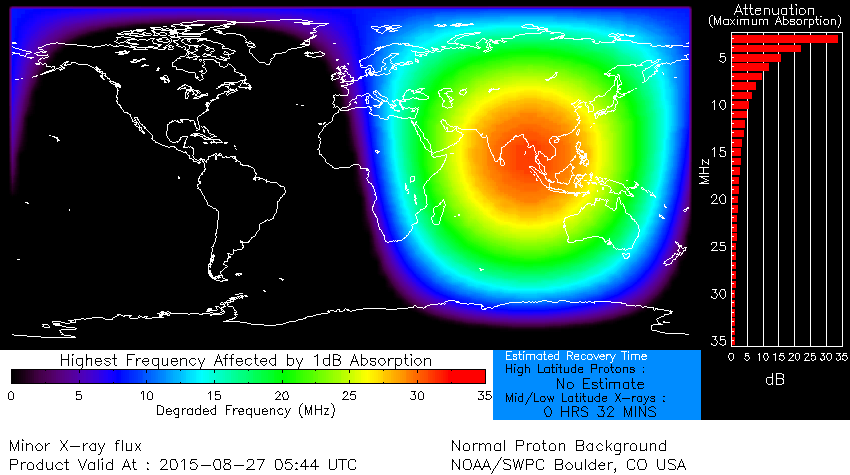 Solar activity is expected to remain at low levels, with M-class flares (R1-R2, Minor-Moderate) likely and a slight chance for X-class (R3, Strong or greater) on August 27 and 28 due to the lingering instability and higher flare potential of Region 2403 as it continues to slowly decay.

There is currently only 1 numbered sunspot region on the Earth side of the Sun – Region 2403.

Although the region continues to slowly decay, it developed another penumbral spot in the center of the region. Analysis of available magnetograms revealed continued weakening of overall magnetic shear and intensity, however the region still retained its more complex delta classification. 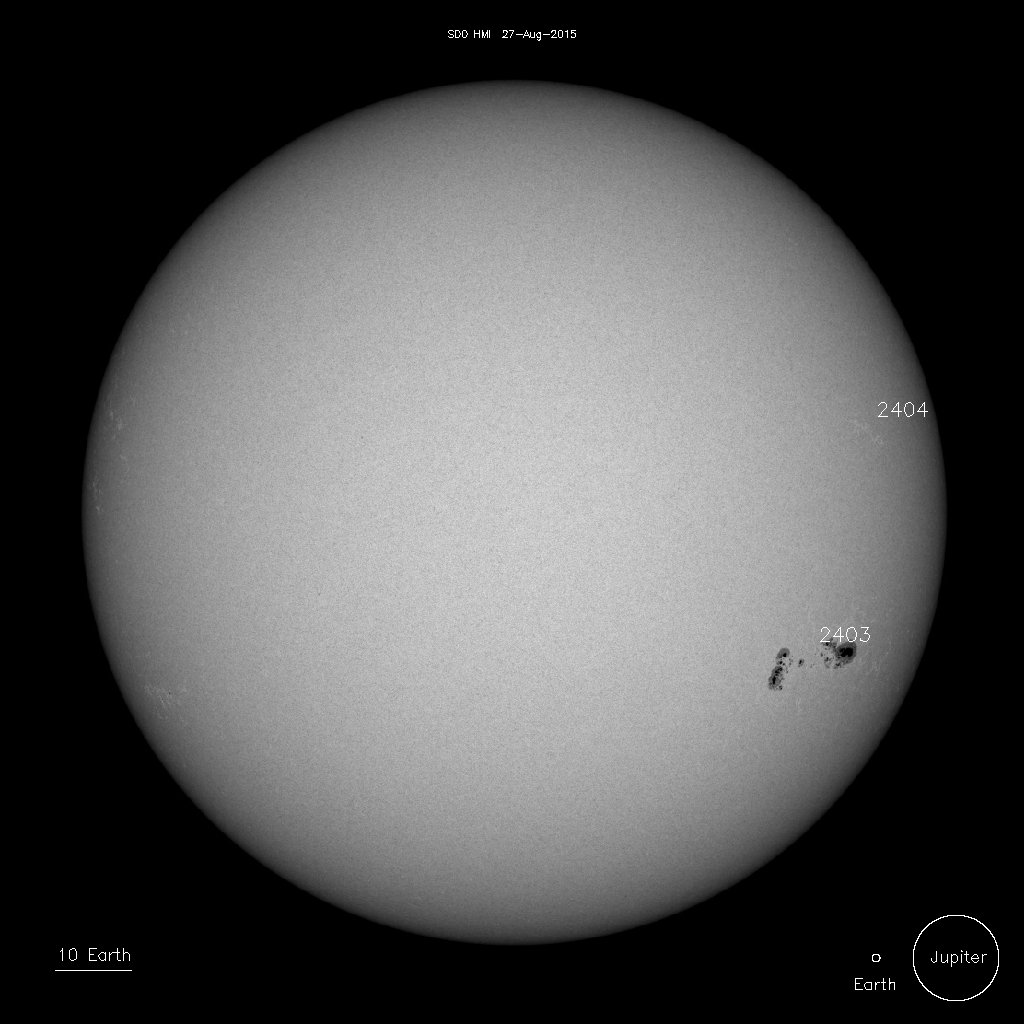