Region 2403 is at the center of the solar disk today. It has a 'Beta-Gamma-Delta' magnetic configuration which makes it capable of producing strong to major eruptions on the Sun. CMEs produced by this region in the days ahead will most likely be Earth-directed or have an Earth-directed components. 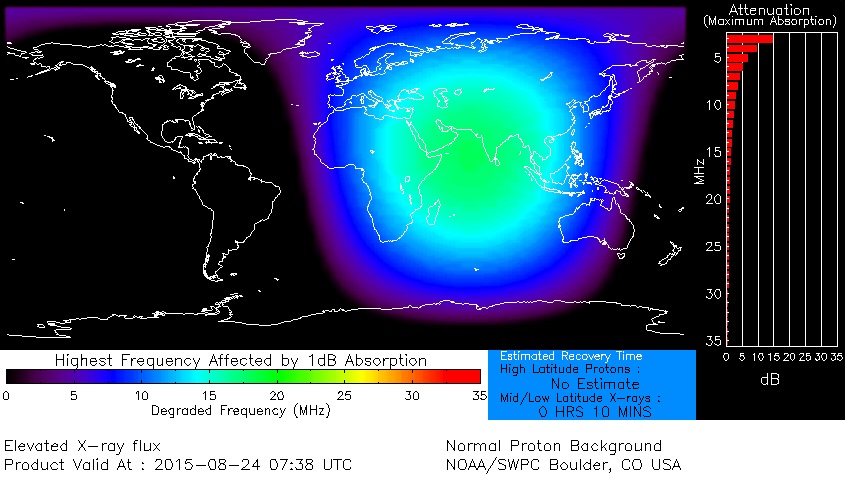 There are currently 2 numbered sunspot regions on the disk.

Region 2403 continues its growth, increasing in area and number of spots.

Region 2404 (Beta) is exhibiting decay in its intermediate and trailer spots. 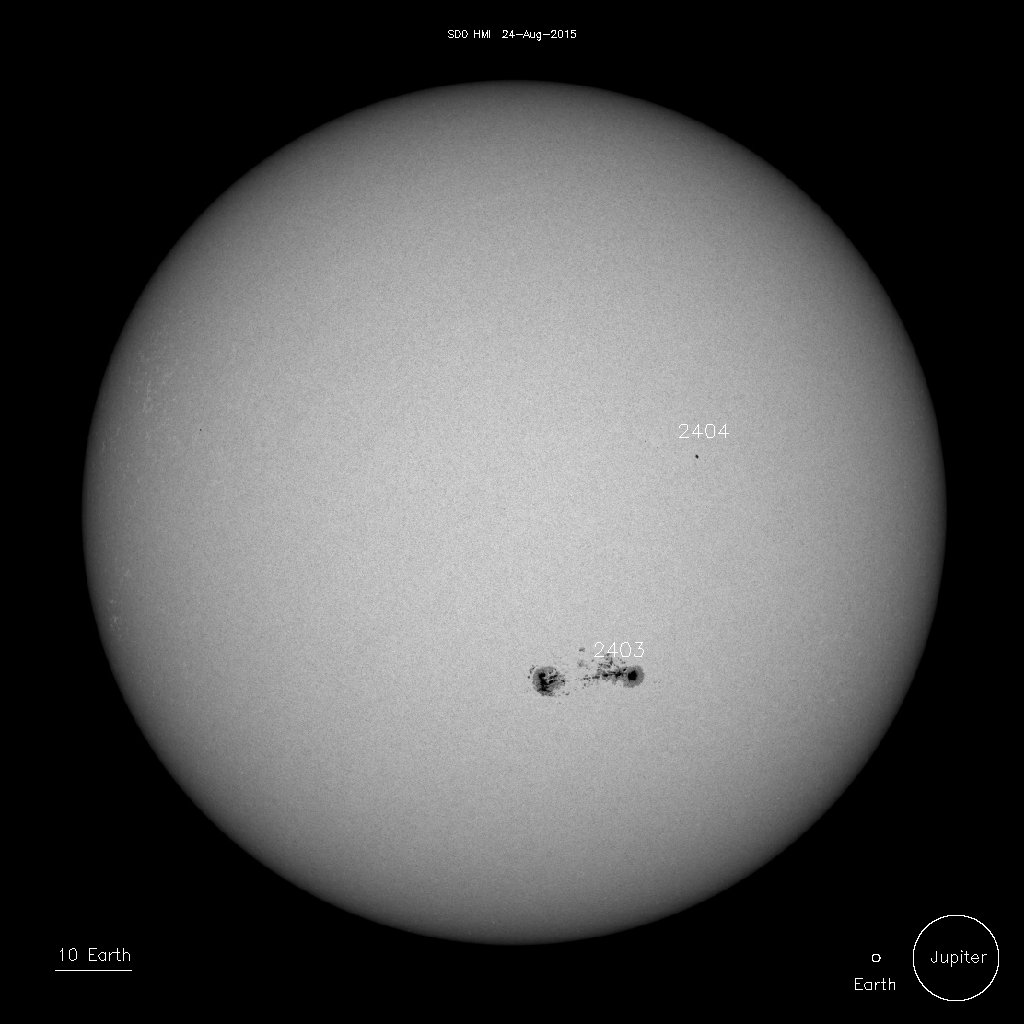 SWPC forecasters expect solar activity to be at moderate levels (R1-R2, Minor-Moderate) over the next three days (August 24 – 26), with a slight chance for X-class flares (R3-Strong or greater) due to the flare potential of Region 2403.

The greater than 2 MeV electron flux is expected to be at normal to high levels through August 26 due to combined coronal hole high speed stream (CH HSS) and CME effects. A slight chance for a greater than 10 MeV proton event (S1-Minor) exists on August 25 and 26 as Region 2403 transits into a more geoeffective location.

CH HSS activity is expected to persist through August 24. Later in the day, an anticipated arrival of the August 21/22 CMEs will likely cause unsettled to G1 (Minor) storm conditions. Quiet to active levels are expected to persist through August 26 as the CH HSS and CME influence gradually wane, SWPC said in their Forecast Discussion issued 12:30 UTC today.