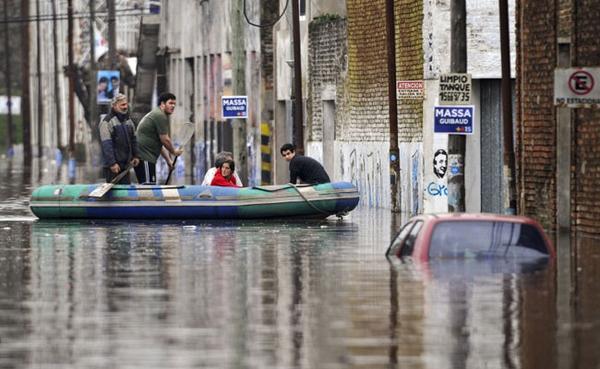 Over 11 000 people had been evacuated and 3 died, across the 39 municipalities of Buenos Aires province, until August 12, as severe rainfall and flooding hit the area, according to the local media.

Salto, in the north of Buenos Aires was affected the hardest, as flood waters rose to about 9.3 meters (31 feet) and forced around 700 people to evacuate the area. The province of Santa Fe, was also affected by the floods which caused the evacuation of another 300 people.

Lujan, the famous catholic pilgrimage destination was among the cities hit by floods. “It’s the third time that I’ve lost everything and no one has found a solution,” said a local resident who was forced to seek refuge from the flooding at a local shelter with her three children. 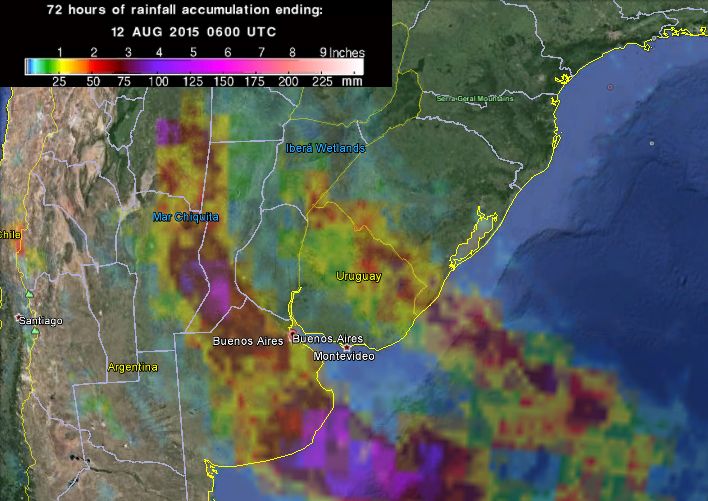 About 350 mm (14 inches) of rainfall accumulated in parts of northern Buenos Aires province, according to Luciano Timerman, head of the province's agency for emergencies.

Levels of the Arrecifes River have doubled the usual levels and reached almost 9 meters (29 feet) beating the historical records.

Residents of Buenos Aires province blame the lack of public work projects for destructive flooding and poor infrastructure. The situation caused people to block an avenue in Lujan on Tuesday, August 11, demanding the works to start and include the planned drainage system.

The heavy rainfall and consequential flooding are expected to influence the country's production of soybeans, corn and wheat, as the top grains-producing zones were hit by the rainstorm.

National Meteorological Service (SMN) forecasted the south-easterly winds will hit the center of the country from August 12, and affect the coastal regions of the Río de la Plata, the Paraná delta and the east of Buenos Aires province.

SMN's announcer Silvia Gómez said the wind will be blowing from the eastern sector early tomorrow, but from 9 am it will begin to rotate towards the south east, principally affecting the Río de la Plata, the Paraná delta and the east of Buenos Aires province with speeds between 45 and 70 km/h (28 and 43 mph), with heavy gusts. The most intense winds will fall upon the coastal zones.

Flooding in #Argentina. 3 dead and more than 11,000 evacuated. pic.twitter.com/kvHQo0zKKL

In addition to strong wind gusts, more rainfall has been forecasted for the period between August 11 and August 13.

"In this case it is not just the amount of rainfall which is important, but also the intensity of river level rises for the persistence of winds, as it could affect city neighborhoods like Palermo as well as coastal Buenos Aires cities like Quilmes. Further problems are expected across the Luján, San Antonio de Areco and the north of Buenos Aires, areas already affected by the strong floods from last week, as "the winds will affect the normal drainage of water from the rivers which burst their banks," SMN explained.

Gómez also warned that on Thursday the height of the Río de la Plata will be greater than Wednesday.