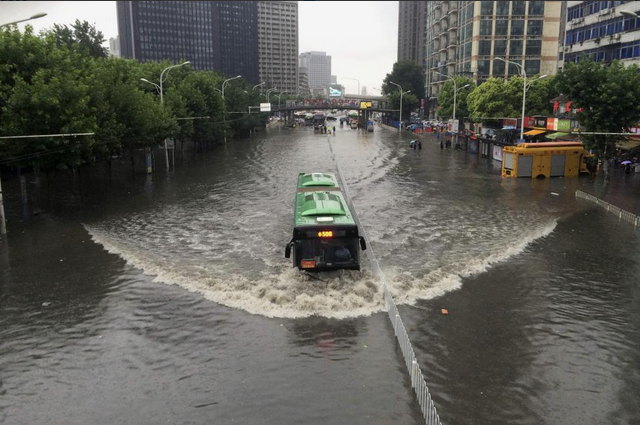 Heavy rainfall hit parts of eastern and southern China, causing severe flooding in the area. The floods started on Wednesday, July 22 and affected millions of people; 6 citizens died and 5 went missing. Strong storms have cut off power supplies, inundated streets across the affected areas and suspended the traffic.

Another event of strong flooding in less than one month has hit China. 17 townships were submerged under flood waters, according to the county government. In the Liancheng county in Fujian province, more than 200 mm (8 inches) of rainfall was recorded within 24 hours.

The measured precipitation in Wuhan City, capital of Hubei, exceeded 100 mm (4 inches), thus inundating the city, the city's flood control and drought relief headquarters reported. A red alert for rainstorm was issued in the city on Thursday, by the Wuhan meteorological department. The flood disrupted the city's public transport.

Over 9 000 people were relocated, and 361 000 residents were affected in the Hunan Province since the rainfall started. In parts of the province, measured rainfall exceeded 250 mm (9.8 inches), inundating 19 800 hectares of farmland.

More than 323 000 people were affected in the hardest hit Longyan City, Fujian province. 3 200 houses collapsed and 136 200 people were evacuated from the affected area.

Average precipitation in the city topped 250 mm (9.8 inches) during a two day period. In its Liancheng county, precipitation topped 300 mm (11.8 inches). Some parts of the city haven't seen this much rain in over 50 years.