AIRS instrument aboard Aqua satellite measured the temperatures of storm's cloud tops using infrared light at 22:29 UTC on July 8. The data showed that wind shear from the southwest was pushing all the strongest thunderstorms with the coldest cloud tops (-52 °C (-63 °F)) to the northeast of the center. Storms that high in the troposphere, the lowest layer of Earth's atmosphere, have the potential to drop heavy rain, but Ela was far from land areas and the rainfall occurred at sea. 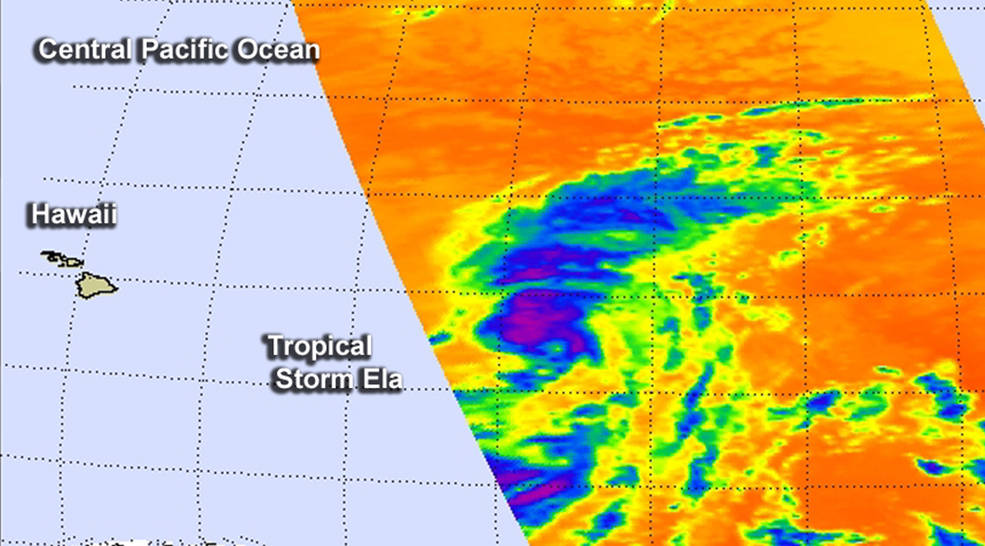 Hawaii in the middle of a triangle of tropical cyclones

On July 10, NOAA's GOES-West satellite saw that Hawaii is in the middle of a triangle of tropical cyclones. Ela weakened into a post-tropical depression northeast of Hawaii, and the forecast called for the storm to move W toward the islands over the weekend of July 11 and 12 and dissipate. 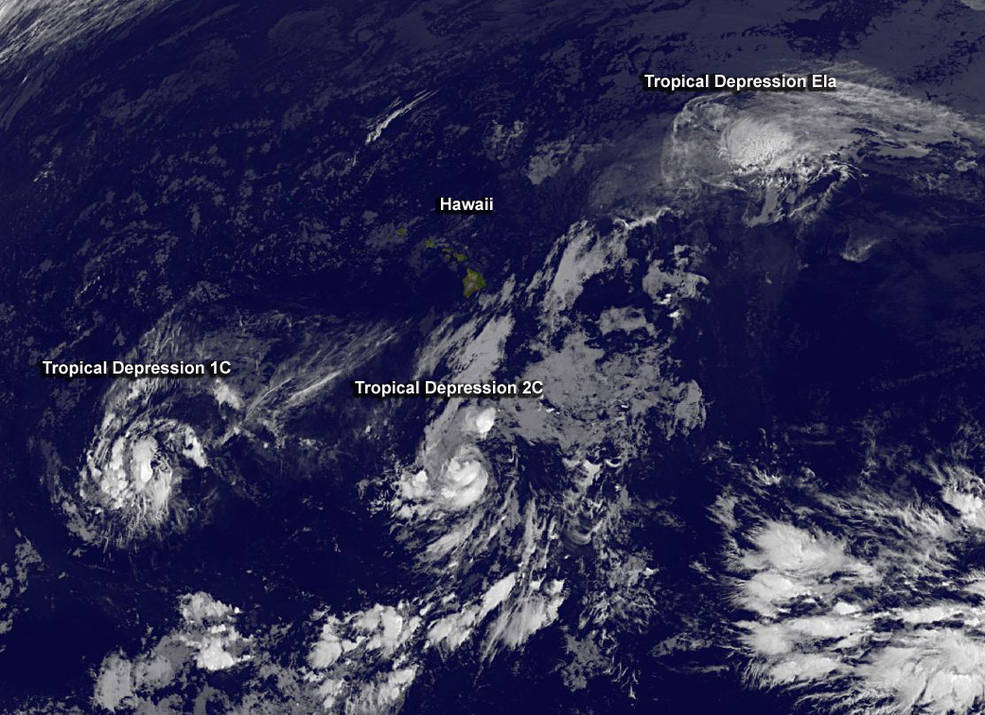 NOAA's Central Pacific Hurricane Center (CPHC) noted today that swells from Ela will cause high surf along east facing shores of the main Hawaiian Islands over the next several days.

At 15:00 UTC today, Ela was moving toward the WNW near 15 km/h (9 mph) and this motion is expected to continue with a gradual turn toward the west. Maximum sustained winds were near 55 km/h (35 mph) and weakening is forecast the next two days. The estimated minimum central pressure is 1 008 hPa. 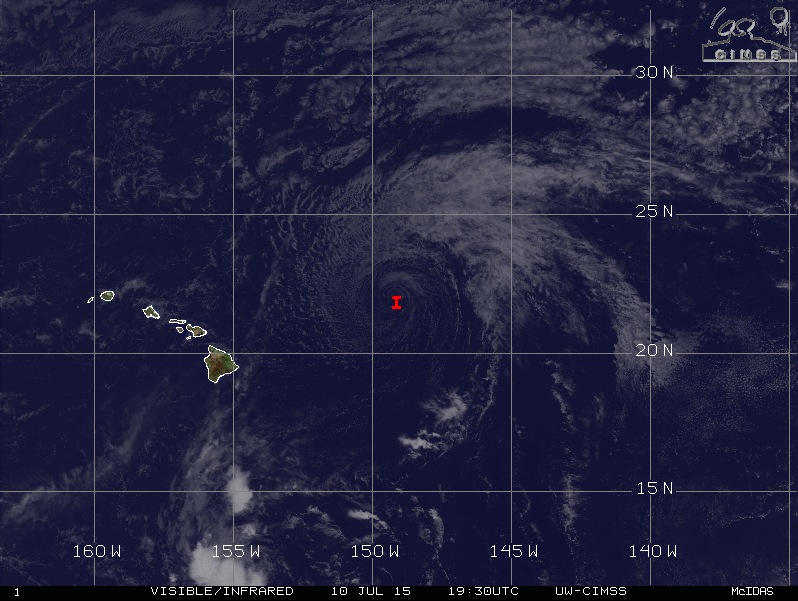 CPHC noted that "Ela will become an increasingly shallow system with the remnant low or circulation center getting caught up in the trade wind flow over the weekend." Ela is forecast to dissipate early Sunday, July 12.