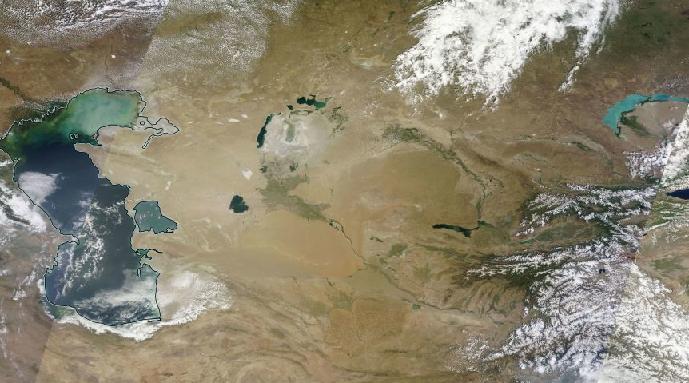 The hottest June in recorded history was reported on Wednesday, July 1, 2014 in Turkmenistan, as strong heat wave spread across the central Asia. On Tuesday, June 30, the temperature in the capital city Ashgabat reached 47.2 °C (116.96 °F) , setting a record for the hottest June day ever measured.

Many Muslims in the Caspian state, who are fasting in the honor of the holy month of Ramadan, are spending their time closed in air conditioned rooms, taking time off work. The streets of Kyzylorda were completely empty on Wednesday afternoon, when temperatures hit 42°C (107.6 °F) in the shade.

Over 50 people fell victims to the heat wave in Tajikistan, among them three Russian soldiers who drowned in mountain rivers and lakes seeking some refreshment from the boiling conditions on streets.

In Dushanbe, the capital city of Tajikistan, the temperatures are expected to rise above 40°C (104 °F), according to the country's meteorological service. A warning was also issued to take precautions for the mudflows that might form, as a consequence of high levels of glacial melt in the mountainous areas of the country.