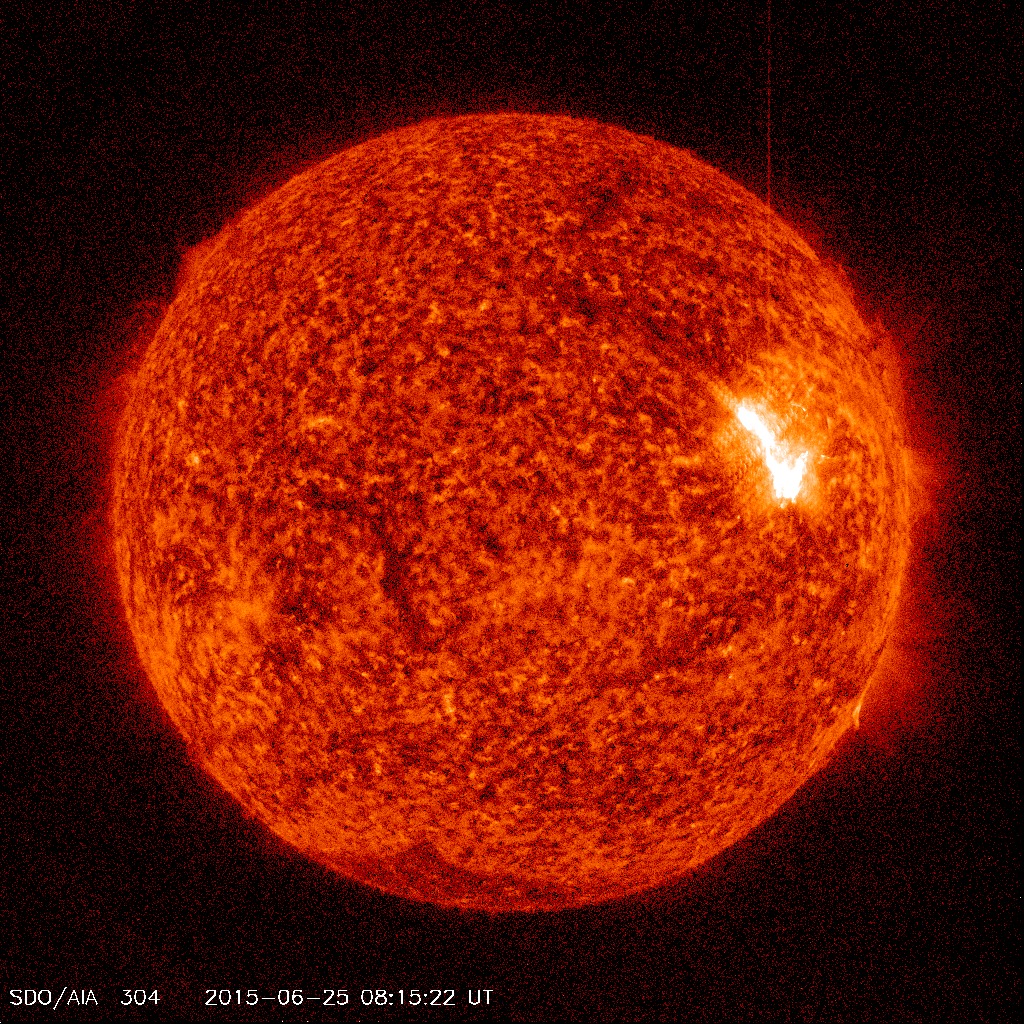 A Type II (estimated velocity of 2 056 km/s) and IV radio emissions were associated with the event indicating a CME was produced.

Additionally, a 10cm Radio Burst lasting 51 minutes (peak flux 3800 sfu) was registered starting at 08:12 UTC. A 10cm radio burst indicates that the electromagnetic burst associated with a solar flare at the 10cm wavelength was double or greater than the initial 10cm radio background. This can be indicative of significant radio noise in association with a solar flare. This noise is generally short-lived but can cause interference for sensitive receivers including radar, GPS, and satellite communications.

The flare had an associated CME that first breached LASCO's C2 occulting disk at 08:36 UTC. The asymmetric full halo signature strongly suggests this is an Earth-directed event. Modeling of the CME is currently in progress,SWPC said at 12:30 UTC.

Region 2371 has rotated away from the center of the disk, but still poses a threat for Earth-directed CMEs. 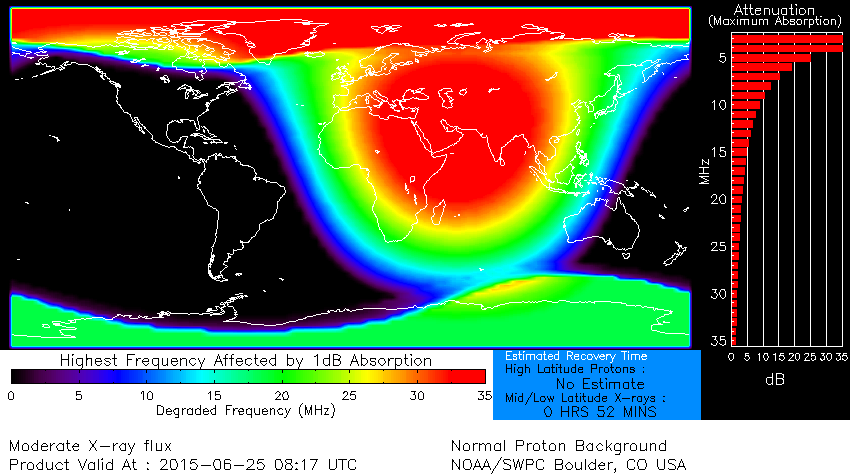 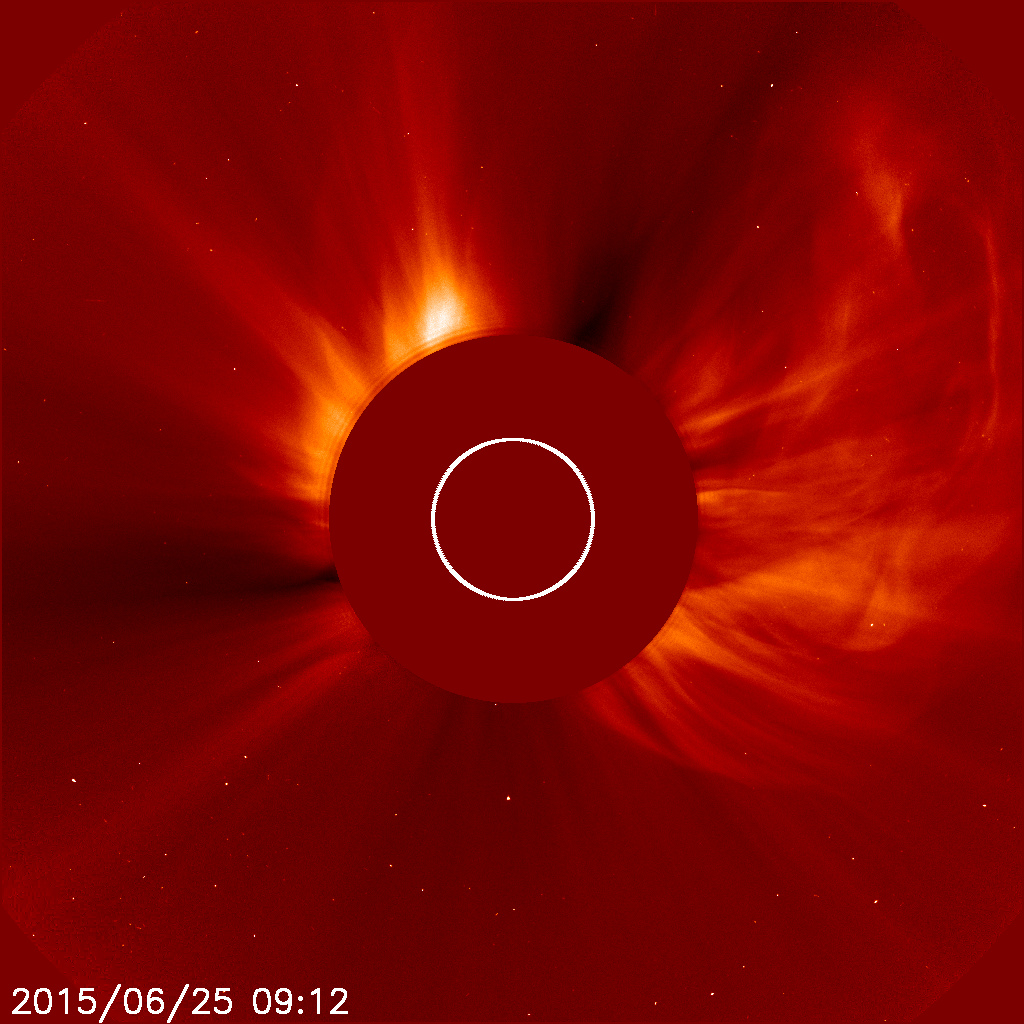 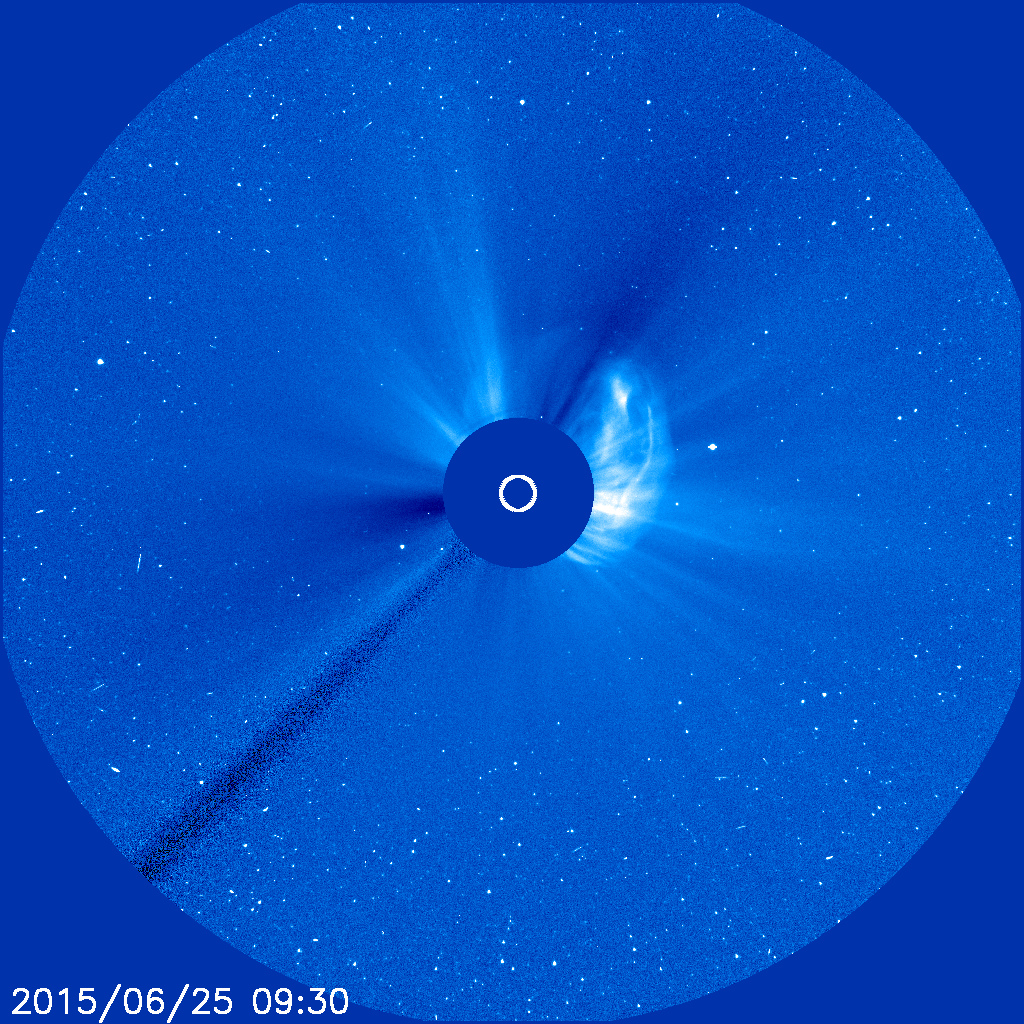 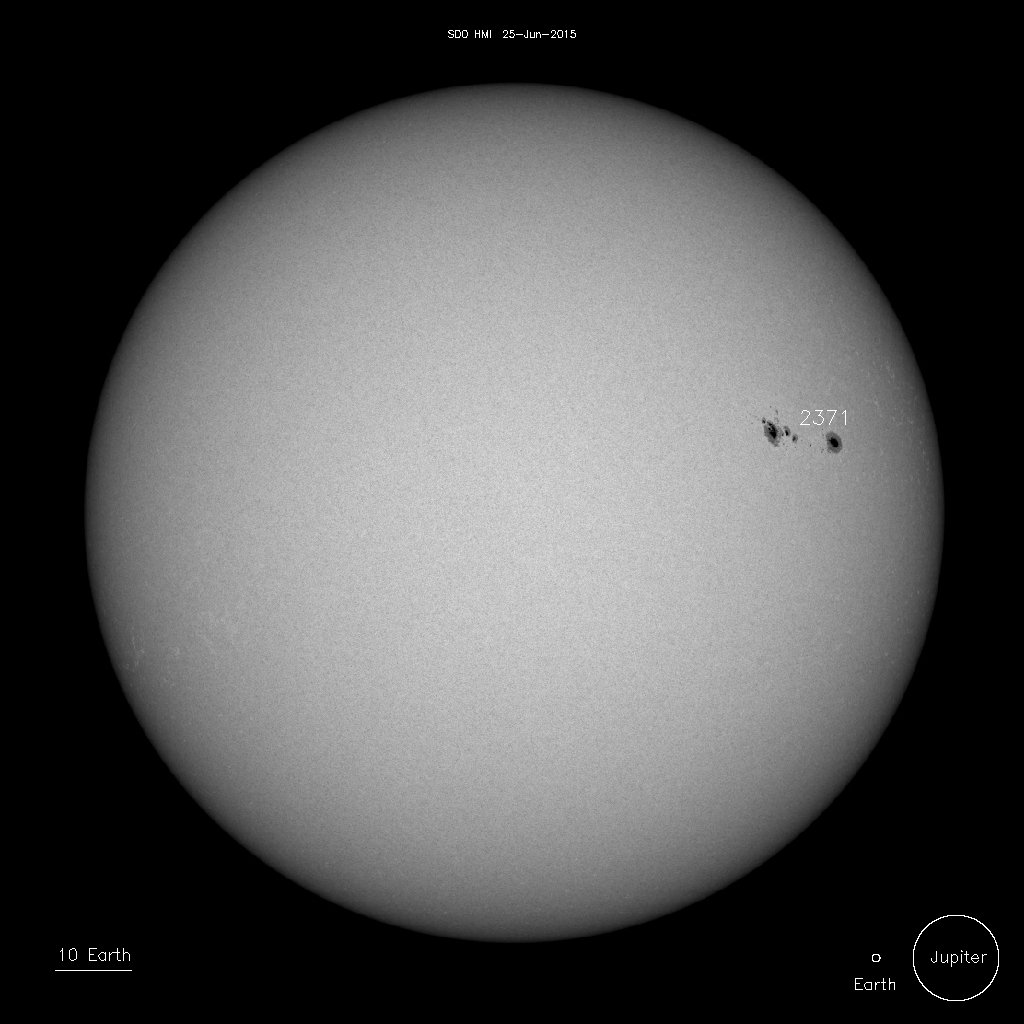 At 00:30 UTC on June 25, SWPC said solar activity remains likely to reach moderate levels (R1-R2, Minor-Moderate) over the next three days (June 25 – 27). A slight chance for an isolated X-class (R3-Strong) event persists as Region 2371's size and complexity retain some potential for another significant flare event.

The greater than 2 MeV electron flux has the potential to reach very high levels on from June 25 – 27, following elevated solar wind velocities from the two recent CME arrivals. The greater than 10 MeV proton flux dropped below S1 (Minor) levels at 07:05 UTC on June 24 and is expected to lower towards background levels over the next three days, with the exception of a sizable flare/CME from Region 2371, as this region would be in a favorable position to be well connected with Earth for another solar radiation storm at or above S1 (minor).

Solar wind parameters began the period under continued, but waning, transient conditions from the June 21 CME. Total field strength began the period at 12 nT and wind speeds around 600 km/s. Both parameters demonstrated a steady downward trend with total field strength just above 5 nT and wind speeds just above 500 km/s until 13:00 UTC on June 24. At that time, it appears that the anticipated CME from June 22 arrived. Bt increased to 15 nT and solar wind velocities increased to over 700 km/s. Bz however remained largely positive and the overall strength of this event was disappointing versus forecast expectations.

Solar wind parameters are expected to reflect waning CME effects through June 25. Solar wind velocities are expected to continue on a decreasing trend, along with the expectation for a decrease in Bt. A rotation to a period of -Bz is still possible. By June 26, conditions should largely recover to near ambient background conditions, which are expected throughout June 27.

Despite the arrival of the CME from June 22 at 13:00 UTC, the geomagnetic field activity decreased to unsettled and eventually quiet conditions, as a result of a weak Bt and little negative Bz. It is forecast to continue with less than originally expected response to the CME. 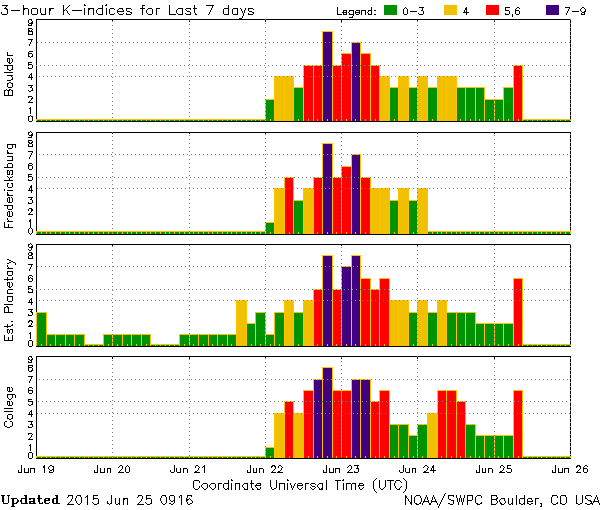 Aurora may be seen as low as New York to Wisconsin to Washington state.

This page will be updated when more data about today's M7.9 flare becomes available.