"The first image came from Graham Roche, and it looks like a very large fireball, could be around -10 magnitude or even brighter," the United Kingdom Meteor Observation Network (UKMON) reports.

This video was taken by all sky camera over Portadown in County Armagh, operated by UKMON's Steve Hooks.

Richard Fleet (UKMON Wilcot station) has captured this fireball over 450 km away.

According to Tolis Christou from the Armagh Observatory, it was a sporadic meteor. "This doesn't look like it's associated with any of the meteor showers of the year," he said.

"On average, we can see something this bright, if we are lucky, once a year. The sparks we saw behind the meteor were bits falling off – the stress of our atmosphere causes it to disintegrate," he said for BBC. 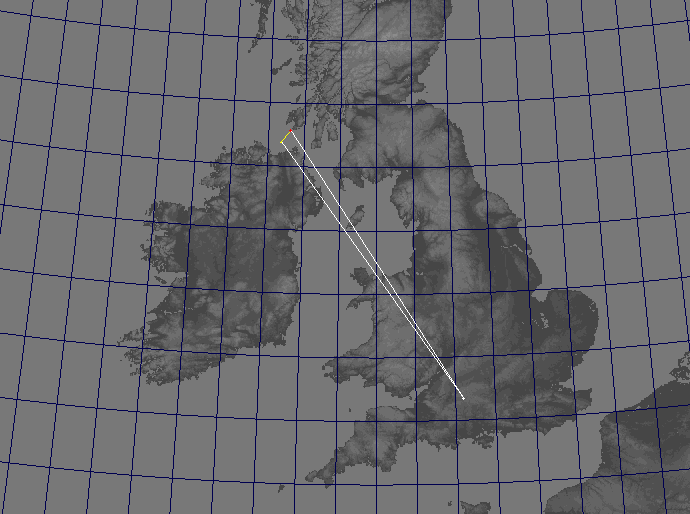 Featured image: Fireball over UK on April 26, 2015 captured by all sky camera over Portadown in County Armagh, operated by UKMON's Steve Hooks.