A massive sandstorm has swept through Arabian Peninsula on April 1 and 2, 2015 severely reducing visibility, disrupting traffic and causing residents to suffer breathing difficulties. In many places the visibility was turned to zero.

The sandstorm of the intensity never seen at least in recent years, enveloped large parts of Qatar all too suddenly by around 18:30 UTC last night (21:30 local time), ThePeninsulaQatar reports.

Abdullah Al Mannai, veteran researcher and analyst at the Qatar weather bureau said that high pressure had built over large parts of the Arabian Peninsula and caused high wind which was kicking up sand from the deserts. 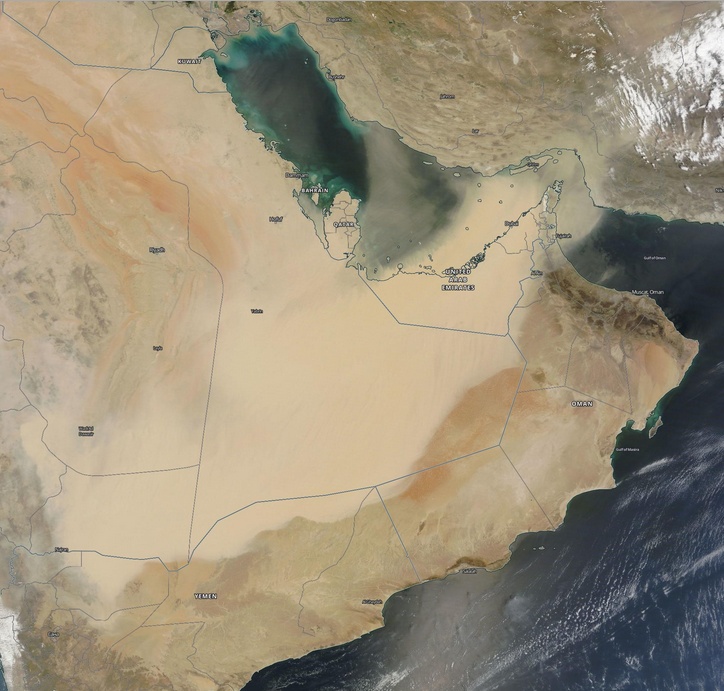 The United Arab Emirates' National Centre of Meteorology and Seismology warned of reduced visibility of as little as 500 meters.

They predict the storm could last for days. 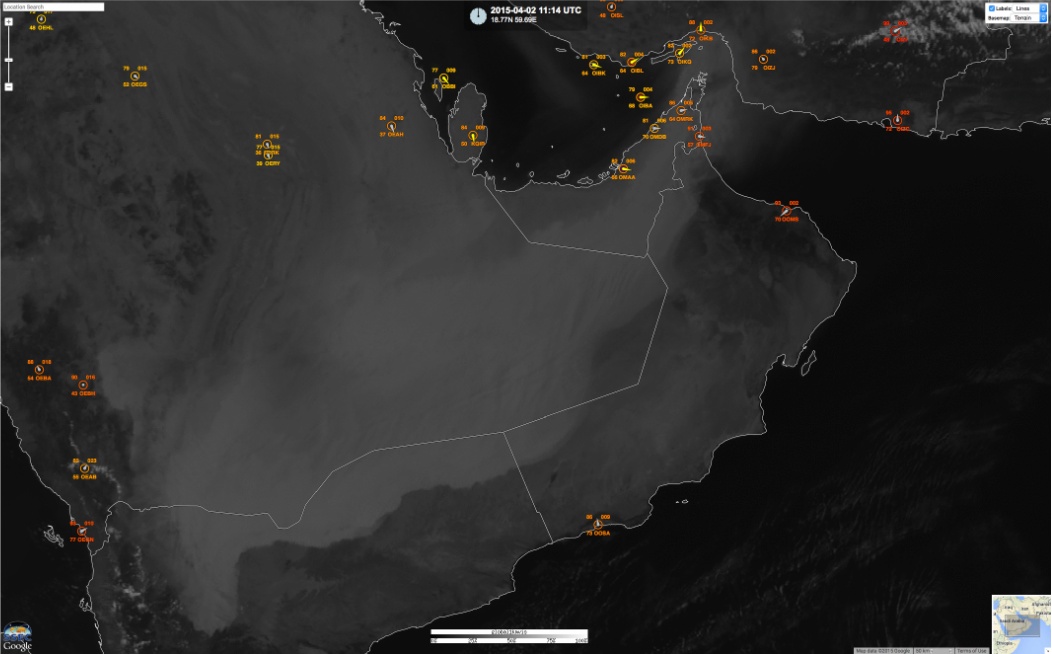 Sandstorm across the Arabian Peninsula on April 2, 2015. Image credit: UW-CIMSS/SSEC RealEarth. Click here or on image to play animation.