A Type II (estimated velocity 750 km/s) and IV radio emissions were associated with this event. Type IV emissions occur in association with major eruptions on the Sun and are typically associated with strong Coronal Mass Ejections (CMEs) and solar radiation storms.

Because the responsible region is located on the northwestern limb, CME it produced should not be geoeffective.

This is the fifth M-class solar flare from Region 2290 in last 24 hours. 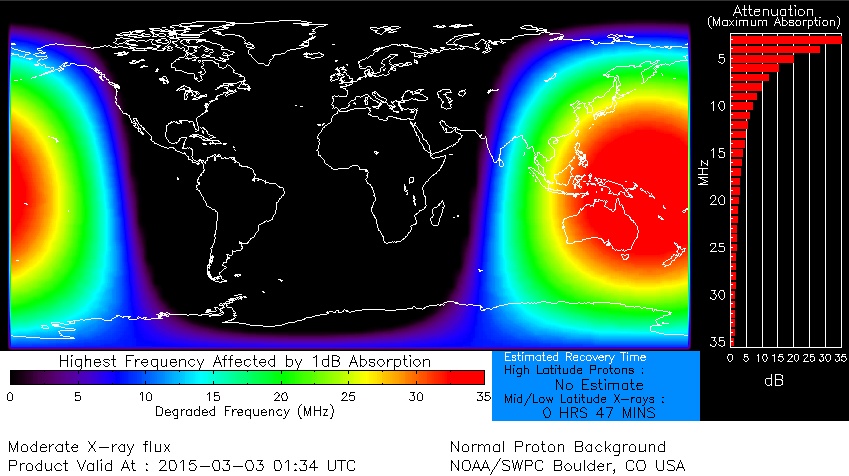 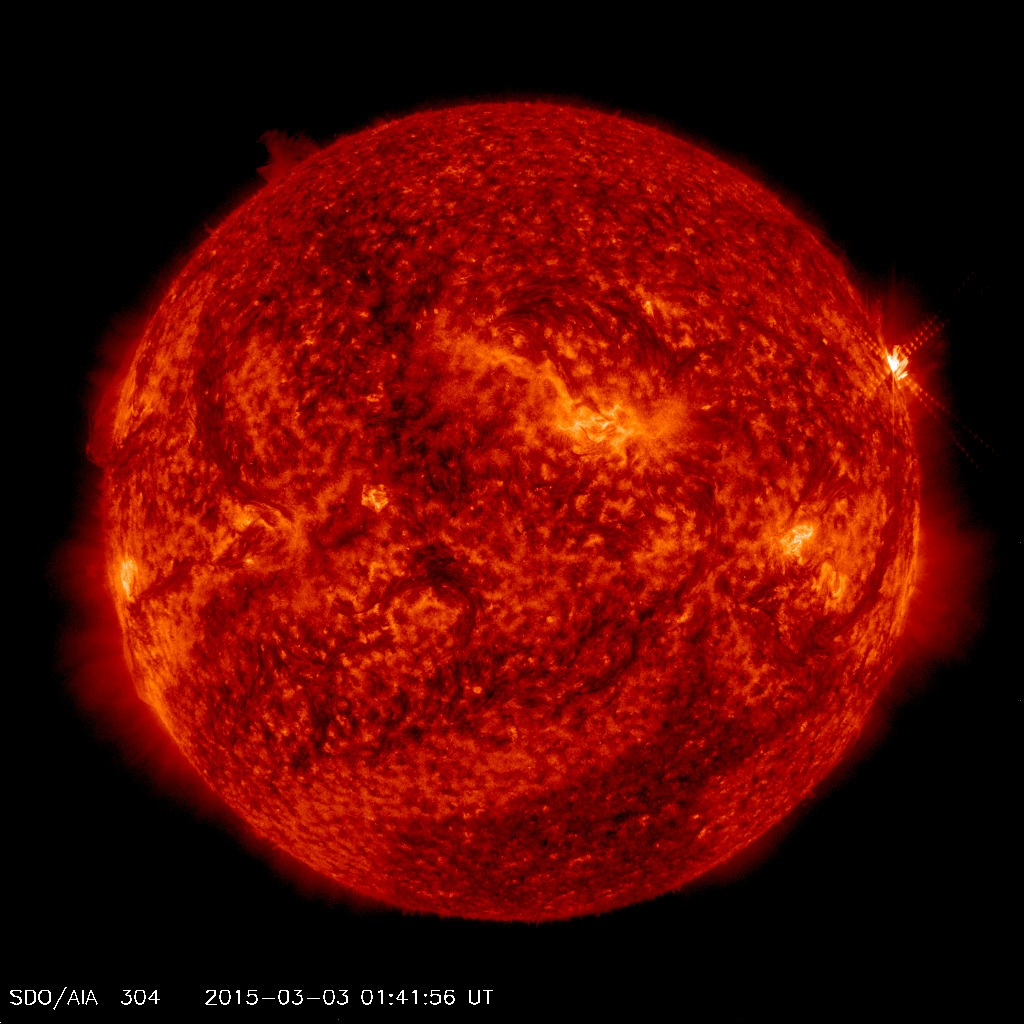 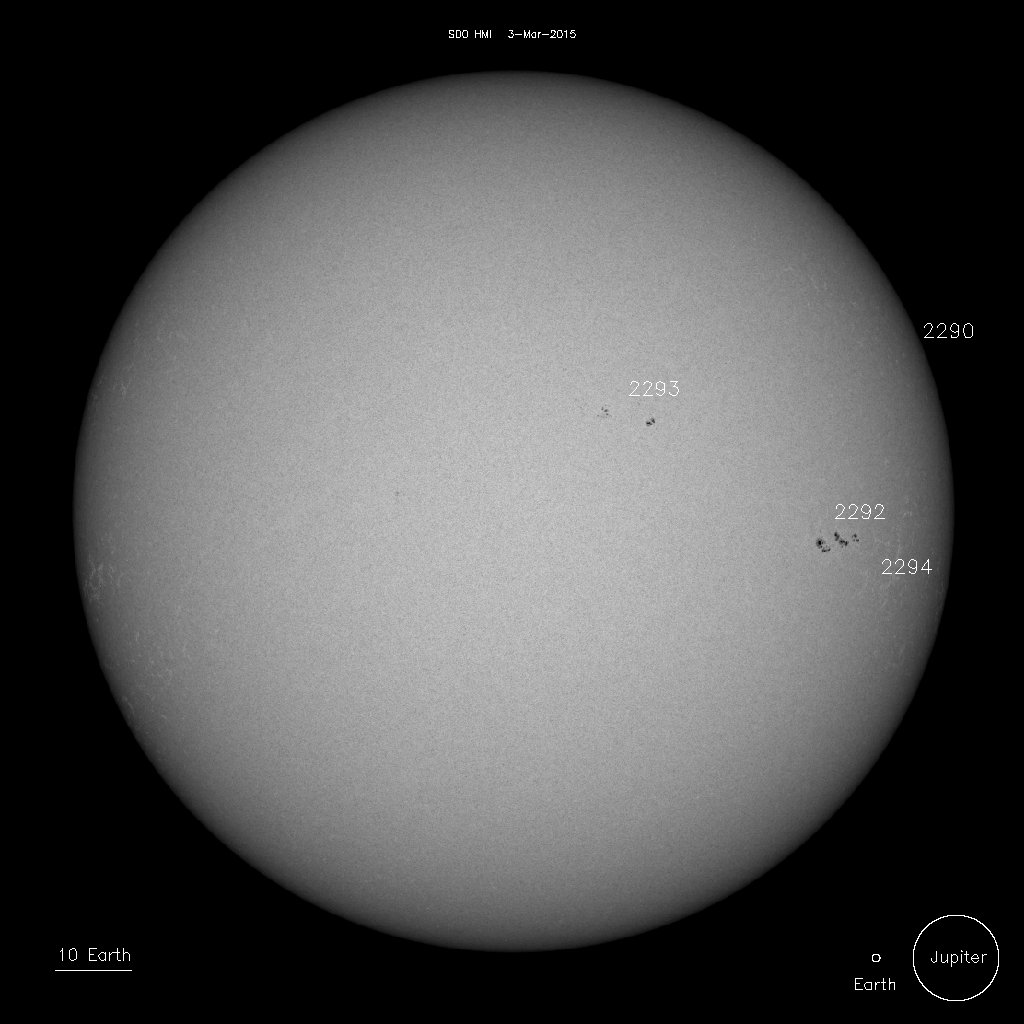 The greater than 2 MeV electron flux is expected to remain at normal levels today with moderate levels likely and a chance for high levels on March 4 and 5 in response to the current coronal hole high speed stream (CH HSS) effects and enhanced solar wind environment. The greater than 10 MeV proton flux is expected to persist at background levels over the next three days (March 3 – 5). 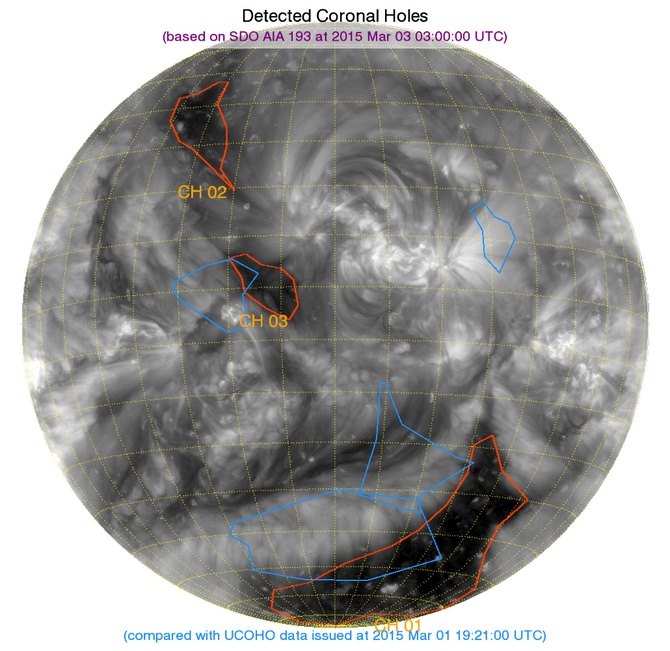 The solar wind environment is expected to remain enhanced today and tomorrow as CH HSS persists.  Solar wind parameters are forecast to return to near-background levels on March 5 as CH HSS influences wane.

The geomagnetic field is forecast to decrease to a peak of active levels late today. Unsettled to active conditions are expected again on March 4 as CH HSS influences persist. Unsettled levels are expected on March 5 with the anticipated transition towards a return to an ambient solar wind regime.