Earth is currently under the influence of a high speed solar wind speed, originating in negative polarity southern crown coronal hole, which is causing periods of geomagnetic storming on our planet. 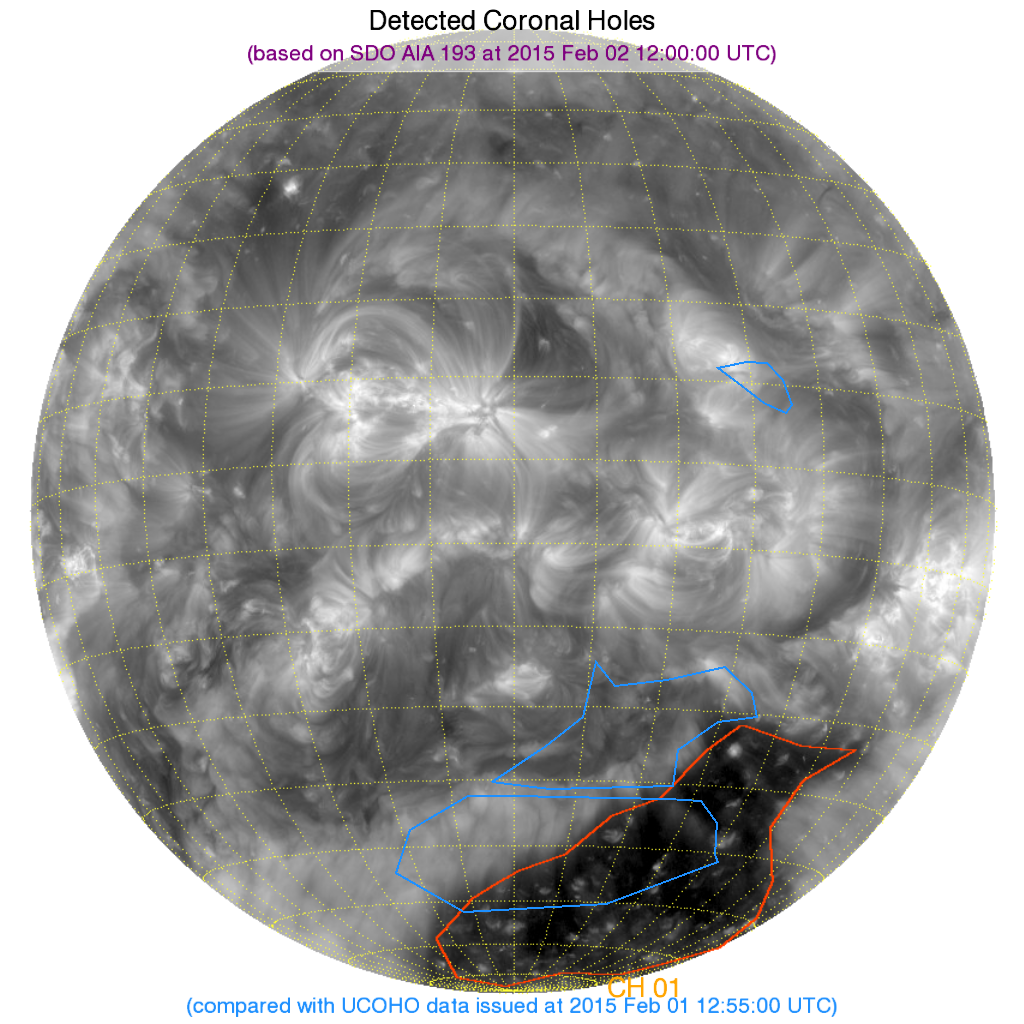 Solar wind parameters are expected to continue to be enhanced under CH HSS influence for the next three days (February 2 – 4).

The geomagnetic field was at quiet to minor storm (G1-Minor) levels due to aforementioned CIR and CH HSS effects during last 24 hours. Minor storming periods were observed from 21:00 UTC yesterday until 06:00 UTC today.

Unsettled to minor storm (G1) levels are expected to continue today due to CH HSS activity. Quiet to active conditions are expected by February 3 and 4.