Explosions send ash up to 5 – 6 km a.s.l., sometimes up to 7 km a.s.l. According to video and satellite data, a lava flow probably began to move on the southern flank of the volcano. 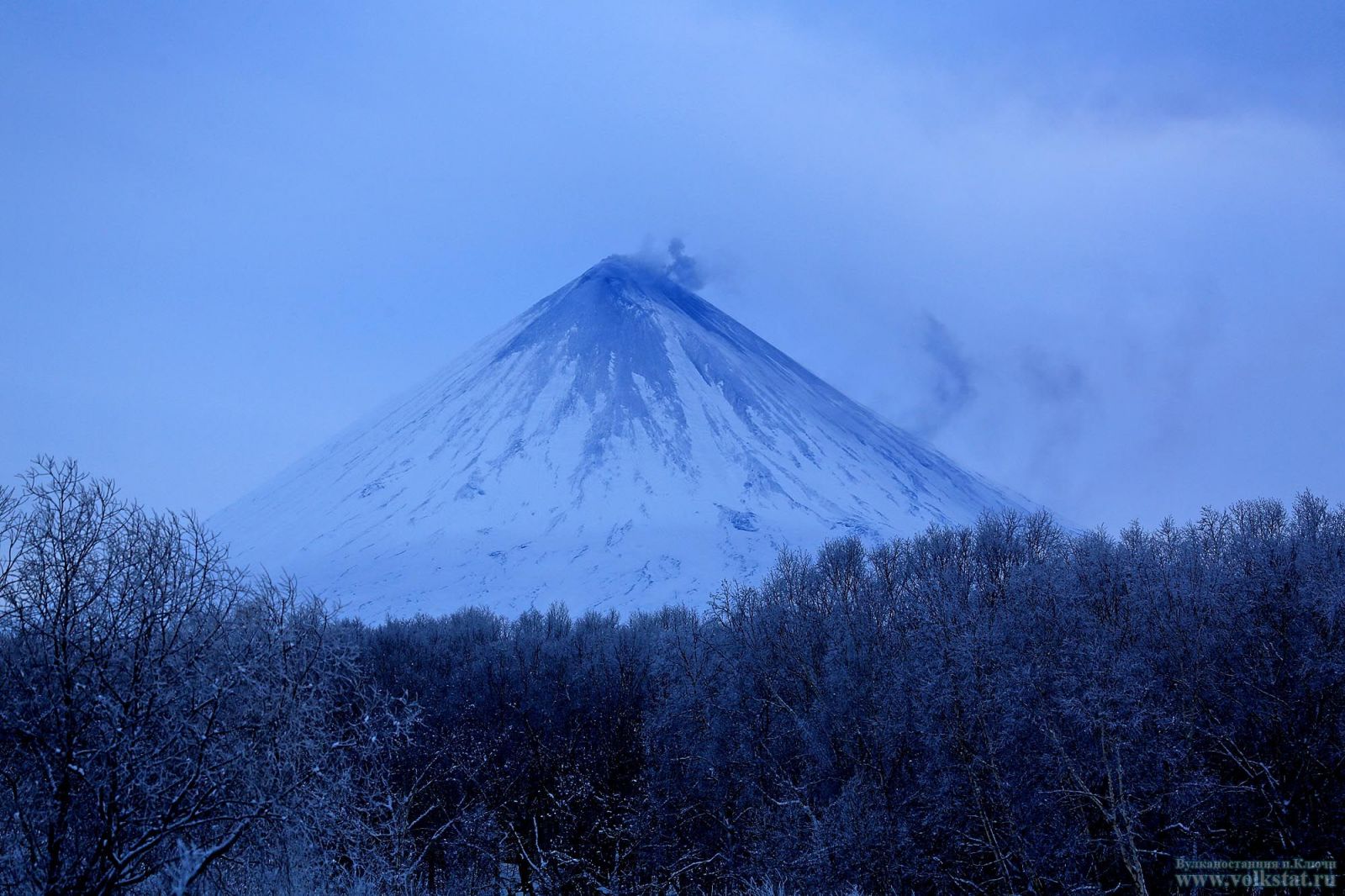 Based on seismic data from KB GS RAS, KVERT reported that seismic activity at Kliuchevskoi began to increase during December 19 – 20 and then increased again on December 31. Although cloud cover prevented views of the volcano during December 31 – January 1, a thermal anomaly was detected in satellite images on January 1, possibly indicating that a Strombolian eruption had begun. The Aviation Color Code was raised to Yellow on January 2.

Klyuchevskoy (also spelled Kliuchevskoi) is Kamchatka's highest and most active volcano. Since its origin about 6000 years ago, the beautifully symmetrical, 4835-m-high basaltic stratovolcano has produced frequent moderate-volume explosive and effusive eruptions without major periods of inactivity. It rises above a saddle NE of sharp-peaked Kamen volcano and lies SE of the broad Ushkovsky massif. More than 100 flank eruptions have occurred during the past roughly 3000 years, with most lateral craters and cones occurring along radial fissures between the unconfined NE-to-SE flanks of the conical volcano between 500 m and 3600 m elevation.