Scientists are trying to determine why more than 100 000 (rough estimate) small seabirds called Cassin's auklets have washed up on the west coast of North America since October 2014, all the way from Haida Gwai, British Columbia, Canada to San Francisco, California, U.S.

While experts say young auklets often die during winter storms, the number of dead seabirds is now 10 – 100 times the normal, which made several institutions start their own investigations.

Biologist Julia Parrish of the Coastal Observation and Seabird Survey Team (COASST) said some evidence suggests the birds are not being affected by any sort of toxin, but are starving to death.

According to CBC article, Parrish said it is unclear why they would starve, because other birds that feed on the same types of shrimp and plankton aren't affected.

Her best guess is that several factors are at play, including too many young birds born this year, conditions at sea pushing them closer to shore than normal and perhaps something involving their prey.

They are also hypothesizing, that the whole population of these birds, which can normally go quite far out to sea and spend the winter far out over the North Pacific, is for some reason much closer to the shore.

Julia Burco, wildlife veterinarian for the Oregon Department of Fish and Wildlife, said for Statesman Journal it's normal for some seabirds to die during harsh winter conditions, especially during big storms, but a mass die-off of Cassin's auklets has been going on along the entire West Coast, and no one knows exactly why.

Phillip Johnson, executive director of the Oregon Shores Conservation Coalition, said they have been receiving a lot of reports in the last couple weeks.

"To be this lengthy and geographically widespread, I think is kind of unprecedented. It's an interesting and somewhat mysterious event. The suggestion is that the ocean for some combination of reasons is less abundant for their food sources," he said. 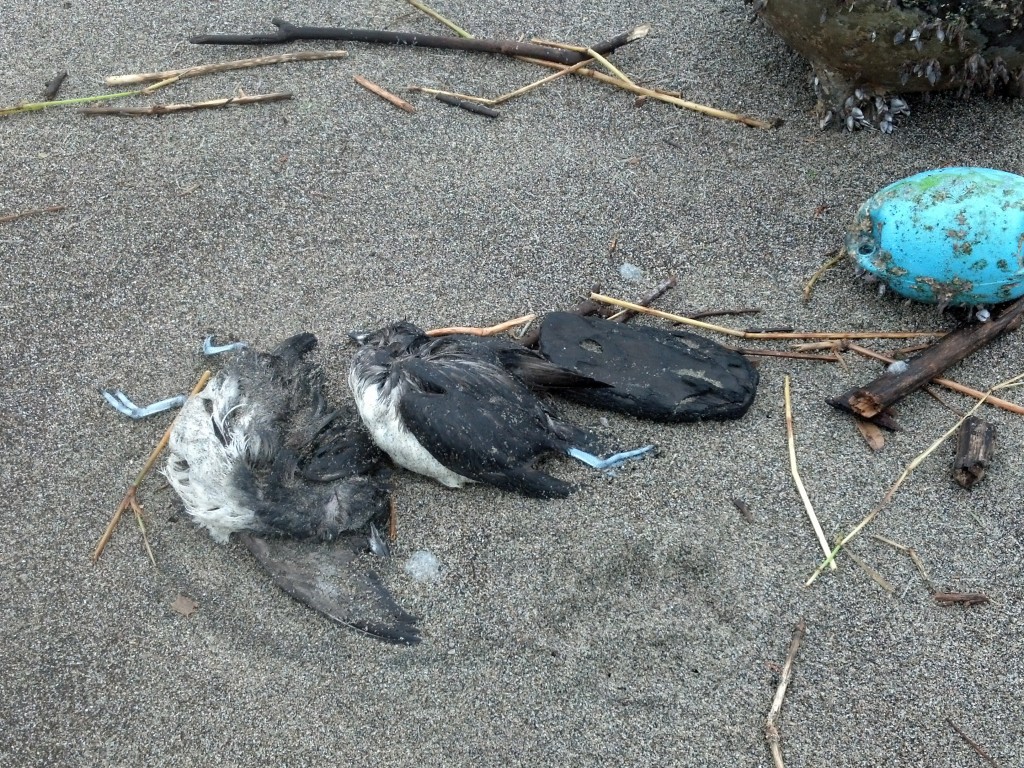 In their January 7, 2015 summary of the event COASST says:

"There is currently no sign of disease, poison, or other contagion.

Environmental conditions, including a shifting in prey availability, and/or location, are distinct possibilities exacerbating the wreck event.

Post mortem exams conducted on freshly dead specimens shipped to the USGS National Wildlife Health Center from Sonoma and Monterey Counties (CA) and Coos County (OR) in November and December indicated emaciation and starvation as the proximate cause of death.

Additional carcasses from Washington and British Columbia are being examined, with results pending." (COASST) 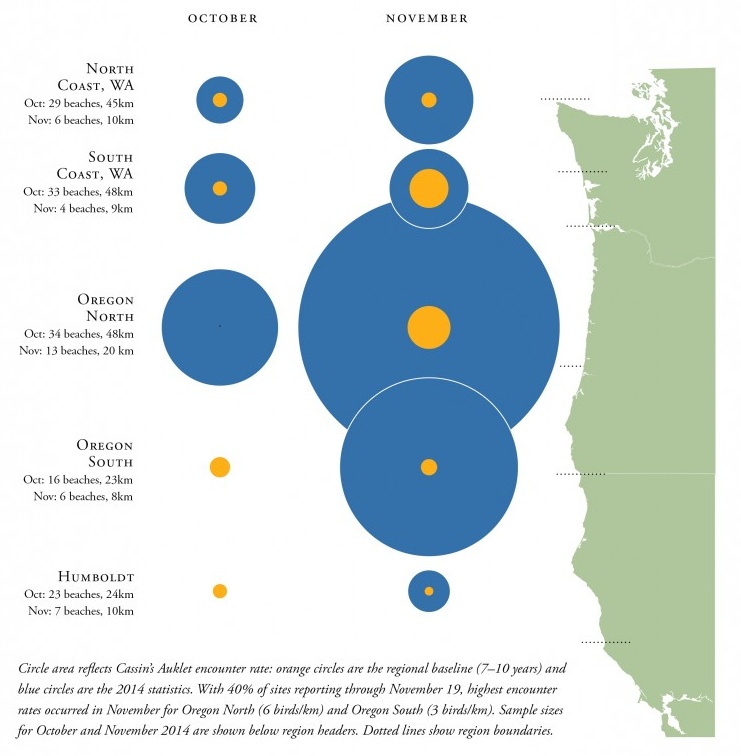