This is a second M-class solar flare today from 'beta-gamma' classified Region 2222 which is still in favorable position for Earth directed Coronal Mass Ejections (CME). It is unclear at this time if CME was produced.

The same region produced an M1.2 flare at 08:10 UTC and a C5 flare at 08:56 UTC. Earth directed CMEs were not observed from those events.

A small filament appeared to erupt between 02:00 – 06:00 UTC south of Region 2225, based on movie loops of GONG H-Alpha and SDO/AIA 193 imagery. Further analysis will be accomplished once coronagraph imagery has been received. 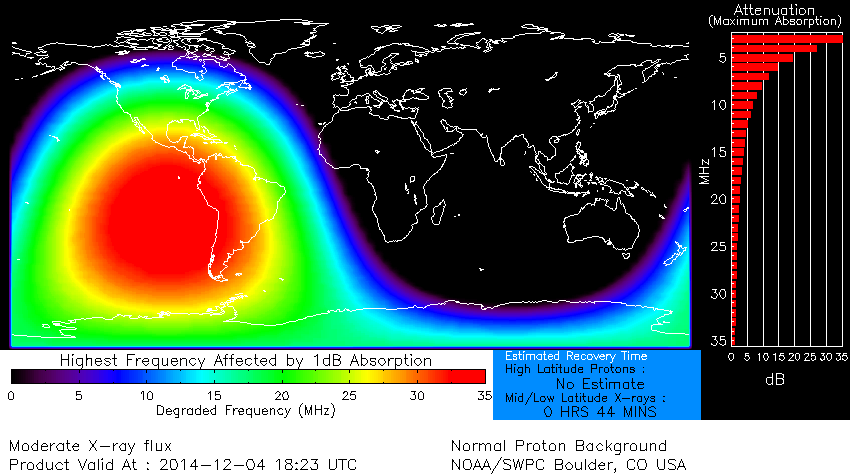 There are currently 7 numbered sunspot regions on the Earth side of the Sun. The intermediate and trailing portions of Region 2222 decayed today. New flux emergence was noted near N09W05 and is being monitored. The remaining regions are stable or decaying. 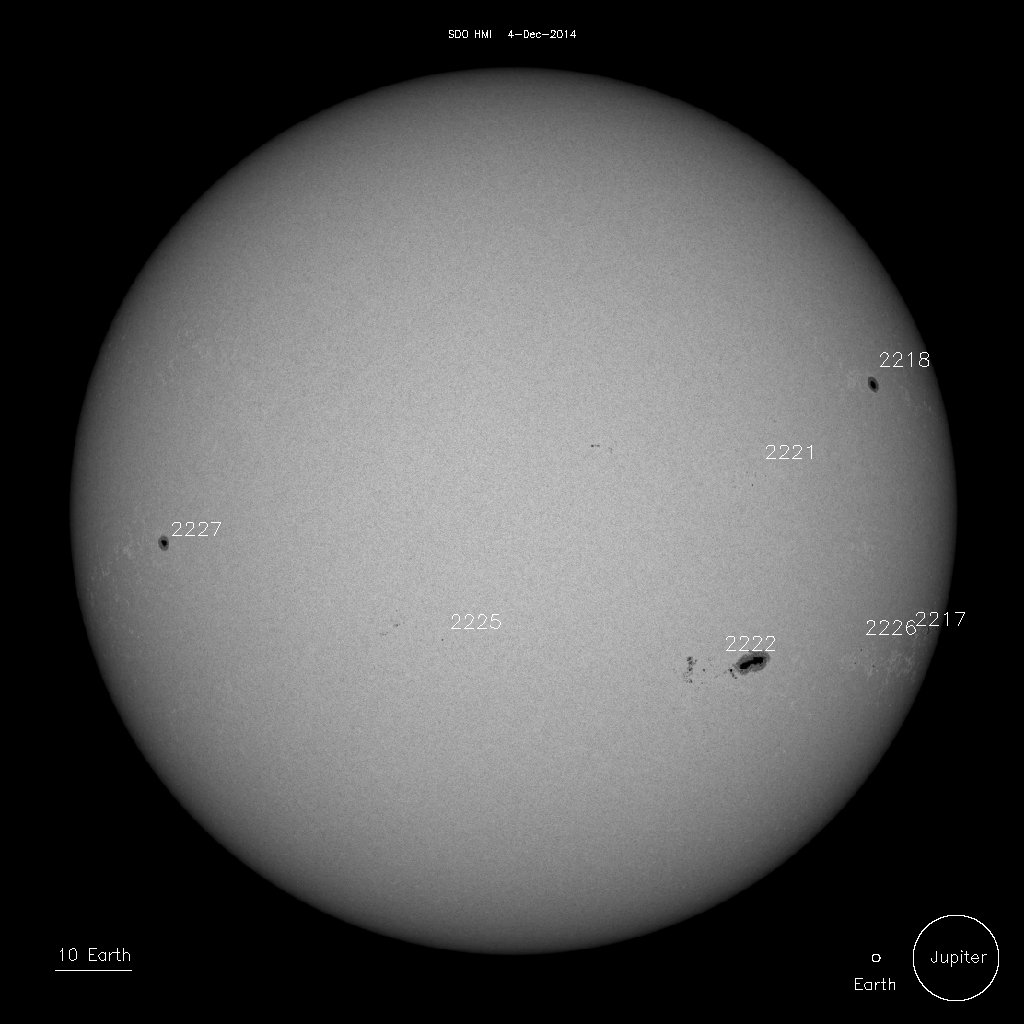 Solar activity is expected to be at low levels with a chance for another M-class flare (R1-R2/Minor-Moderate) from December 4 to 6, particularly from Region 2222.