Tropical Cyclone "Nilofar" continues to intensify in Arabian Sea and is now a Category 2 storm with a maximum sustained wind speed of 168 km/h (105 mph) with gusts up to 204 km/h (127 mph).

It is currently moving north-northwestward at speed of 11 km/h (7 mph) and will bring impacts to parts of Oman, Pakistan and India.

Warm sea surface temperatures and relatively low wind shear will allow further strengthening and it is expected to intensify to a Category 3 tropical cyclone. JTWC forecasts strongest maximum sustained winds of 195 km/h (121 mph) with gusts up to 240 km/h (150 mph). 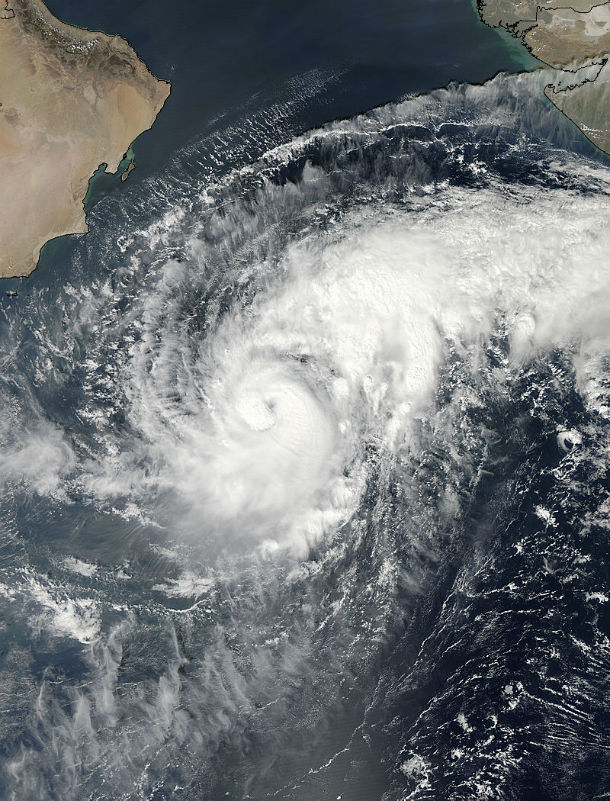 ​NASA's Aqua satellite captured this image of Tropical Cyclone Nilofar (04A) in the Arabian Sea on October 27, 2014 at 9:10 UTC. (Credit: LANCE Rapid Response/MODIS)

The system will pass east of Oman bringing dangerous rip currents and rough surf for coastal areas and heavy thunderstorm from Nilofar could produce locally damaging winds and heavy rain.

Nilofar will continue on a northwest track before taking a turn toward the north and then east-northeast across the northern Arabian Sea toward the coasts of southeastern Pakistan and the Indian province of Gujarat. 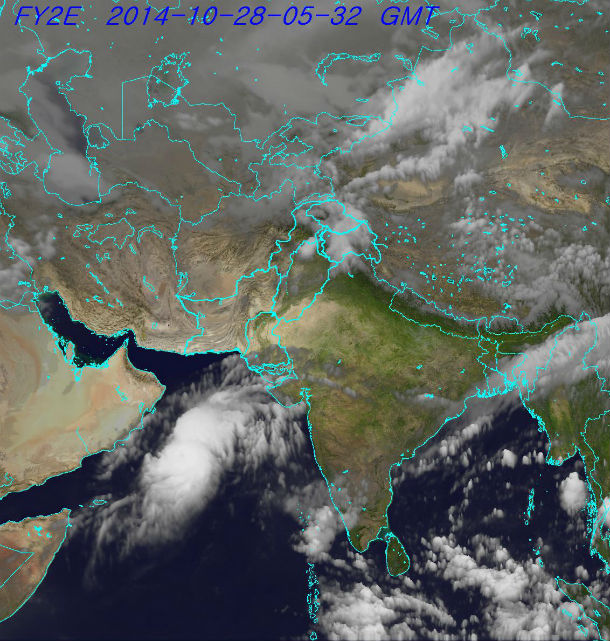 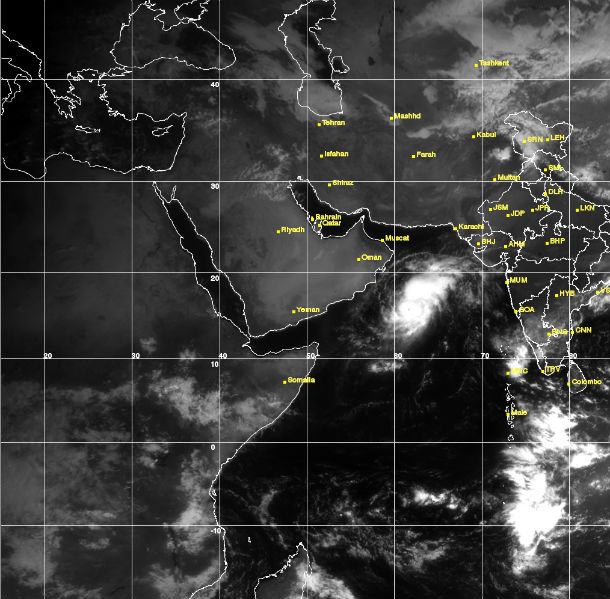 Dry continental air from Asia mainland and increased vertical wind shear will cause the cyclone to weaken as it approaches Pakistan and India, probably as a tropical storm at the time of landfall on October 31, 2014. Still, Nilofar will bring damaging winds, coastal flooding and life-threatening flooding due to heavy rain as the system moves inland across southeast Pakistan and northwest India. 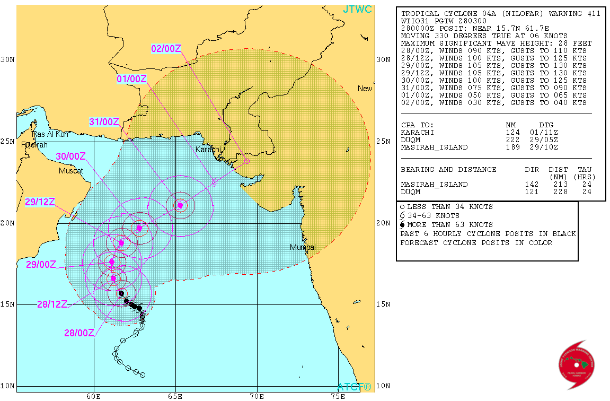 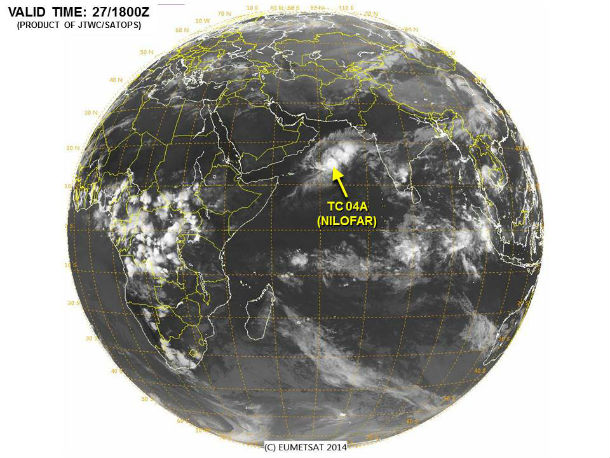