Region 2192, now located near the southwest limb, unleashed its sixth X-class solar flare since it became fully apparent on the solar disk on October 18, 2014. The latest in series of its major eruptions is X2.0 solar flare on October 27. This latest event started at 14:12 UTC, peaked at 14:47 and ended at 15:09 UTC.

R3 – Strong radio blackout area of impact consists of large portions of the sunlit side of Earth, strongest at the sub-solar point.

Although it seems the region again failed to deliver a significant Coronal Mass Ejection (CME) the show it's producing is kinda interesting. This is the fourth largest active region since 1989 and the largest of Solar Cycle 24, however, none of its six X-class events had Type II or IV radio emissions associated, which would typically indicate a CME was produced. Data for today's X2.0 is still coming in but it does not seem this trend will change.

The region is now showing minor signs of decay and is rotating closer to the southwest limb but it still has 'beta-gamma-delta' magnetic configuration and is capable of producing more major eruptions before it rotates behind the limb.

Very low to low solar activity is expected from October 31 when the region starts its farside transition but it will return to our view around November 11 when solar activity is
expected to increase to moderate (R1-R2, Minor-Moderate) to high levels once again. 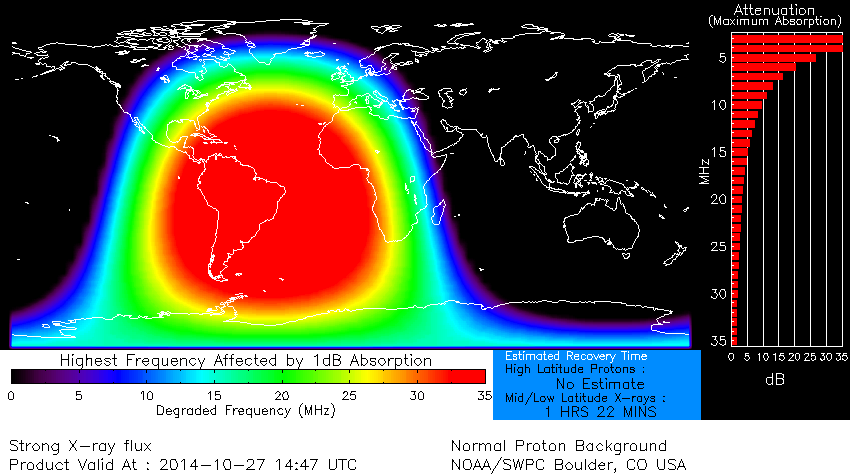 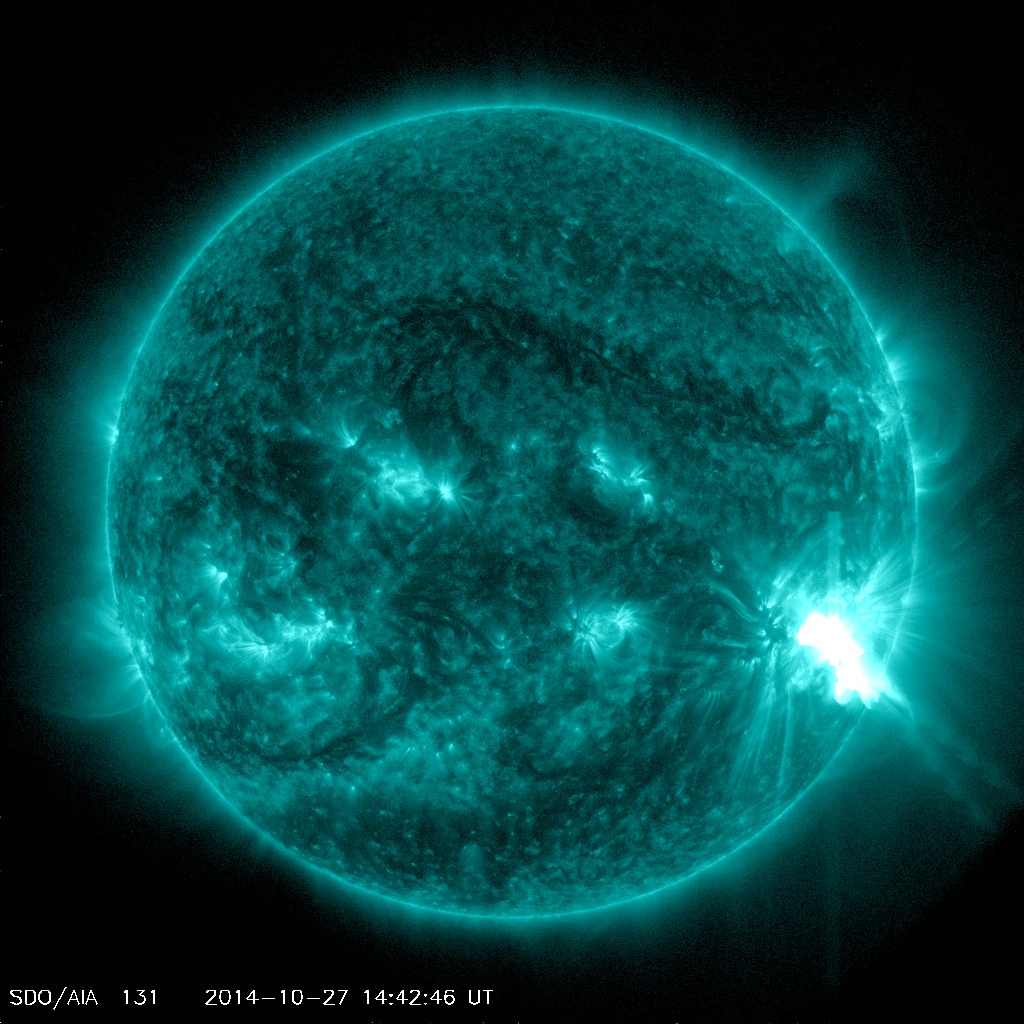 There are currently 6 numbered sunspot regions on the solar disk. Region 2192 began to show signs of minor penumbral decay and umbral consolidation today but it persists as the most productive and threatening region on the disk.

The other regions on the visible disk are either stable or in decay. 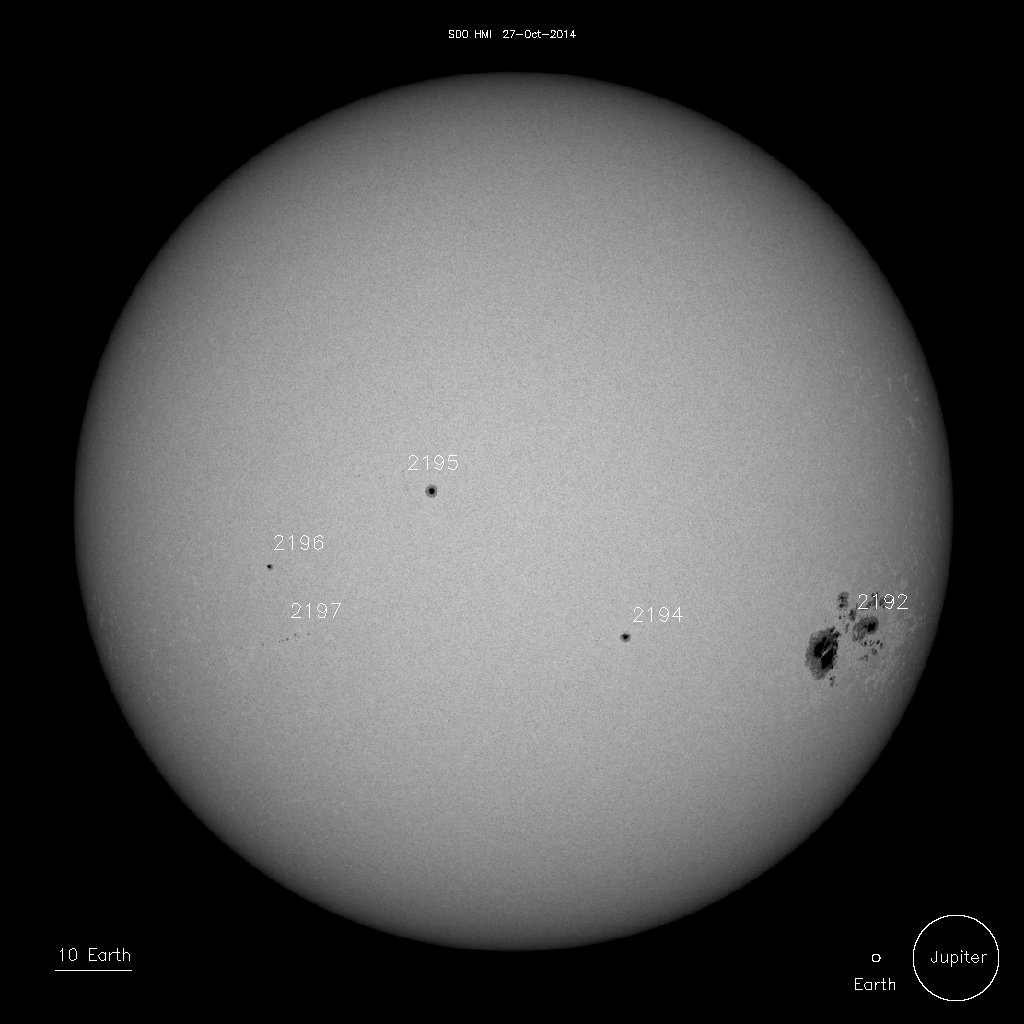 The greater than 2 MeV electron flux is expected to be at normal to high levels over the next three days. There is a chance for a greater than 10 MeV proton event at or above the S1 (Minor) solar radiation storm level over the same period.

An extended period of southward Bz is possible today due to a solar sector boundary crossing, however, solar wind parameters are expected to remain near background levels over the next three days.

Geomagnetic field activity is expected to be at quiet to active levels today due to effects associated with a solar sector boundary crossing with quiet to unsettled conditions returning on October 28 – 29 under a nominal solar wind regime.