If Coronal Mass Ejection was produced by this event it should be directed away from Earth.

Regions that produced significant flares on September 1 and 2 will rotate into view within next 24 hours.

Update: A narrow CME was observed in SOHO/LASCO C2 imagery emerging from the east at 14:00 UTC. Analysis suggested the ejecta was moving at 550 km/s and was not Earth-directed. 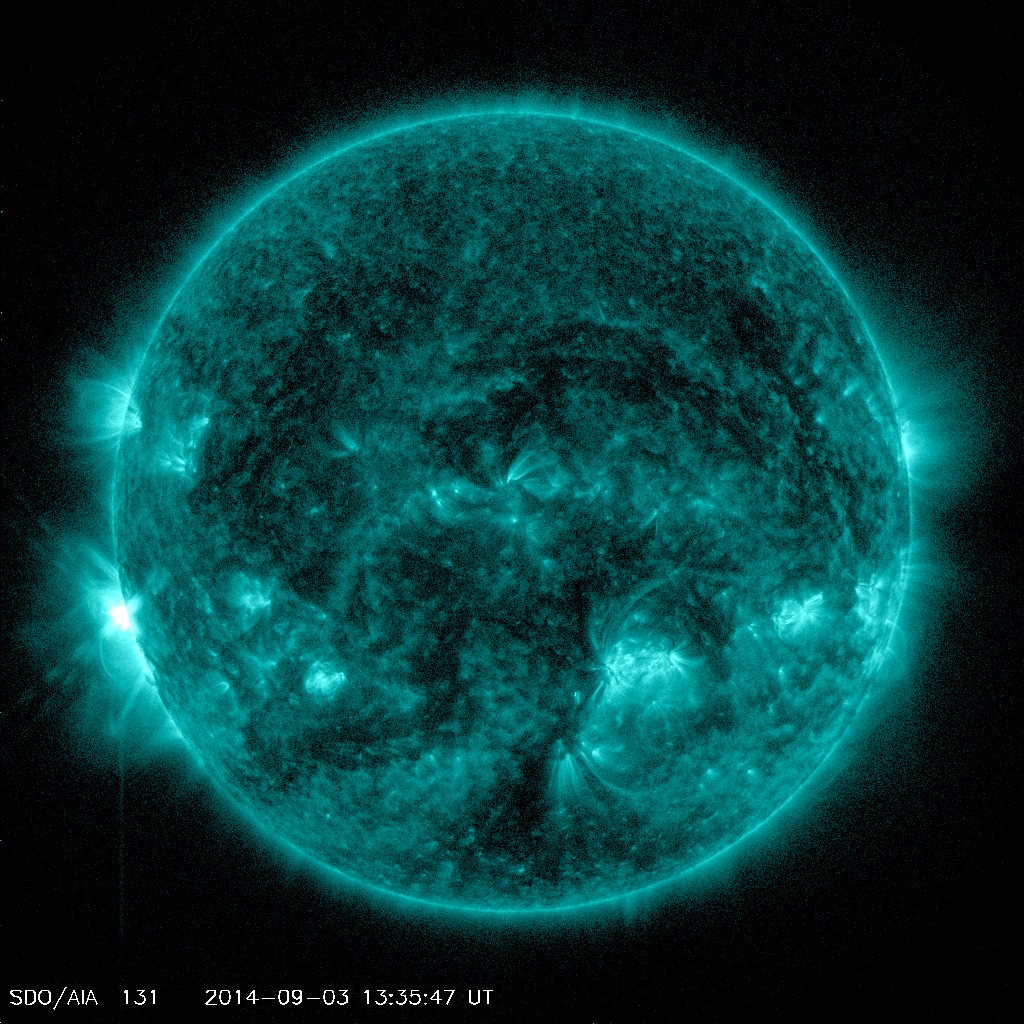 There are currently 6 numbered sunspot regions on the disk. Region 2152 (S15W19, Eac/beta-gamma) continued to grow during last 24 hours, primarily in its intermediate spot area, and showed signs of separation between the leader and trailer spots. Region 2153 (S10W45, Dao/beta) exhibited signs of decay during the same period. Region 2154 (S19E29, Cao/beta) continued to show signs of growth, though that growth rate is slowed now. 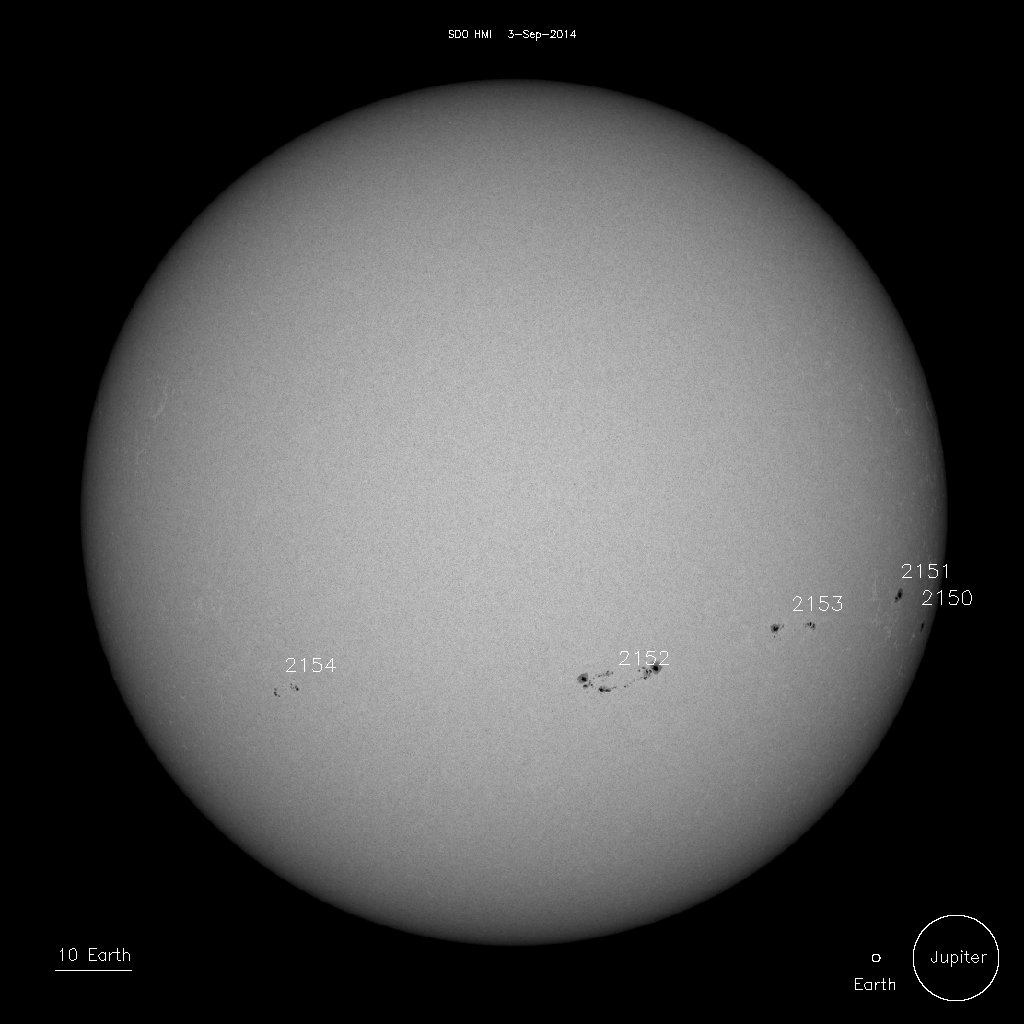