Tropical Storm "Cristobal", the third tropical storm of the 2014 Atlantic hurricane season, formed from System 96L near southeastern Bahamas during Sunday morning, August 24, 2014. This system is expected to become a hurricane on Wednesday. ​

Tropical Storm Warnings were issued for Southeastern Bahamas, Including the Acklins, Crooked Island, Long Cay, the Inaguas, Mayaguana, the Ragged Islands, as well as the Turks and Caicos Islands, Central Bahamas, Including Cat Island, The Exumas, Long Island, Rum Cay, and San Salvador.

At 15:00 UTC today Cristobal was centered about 120 miles (195 km) east-northeast of San Salvador Island, Bahamas, and 715 miles (1 150 km) southwest of Bermuda moving toward the north-northeast near 5 mph (7 km/h). This general direction is expected to continue through tonight, National Hurricane Center (NHC) noted.

Heavy rainfall is a problem for the islands because Cristobal is moving so slowly.

The center of Cristobal is expected to move away from the Bahamas through Tuesday and pass to the West and North of Bermuda on Wednesday.

Maximum sustained winds at 21:00 UTC were near 60 mph (95 km/h) while the minimum central pressure recently measured by reconnaissance aircraft was 993 mb.

Gradual strengthening is expected over the next 48 hours. 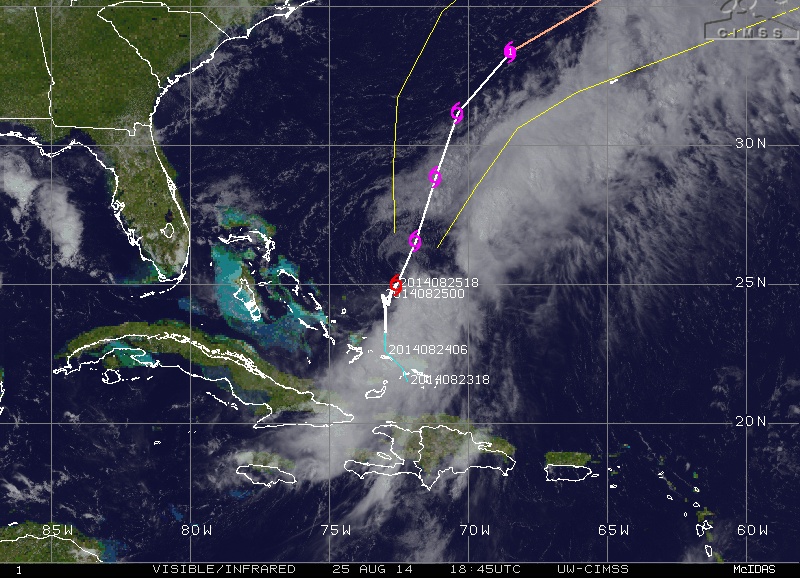 The storm is expected to continue to produce rainfall totals of 4 to 8 inches (10 – 20 cm) over the Turks and Caicos Islands, as well as portions of the southeastern and central Bahamas through Tuesday. Isolated amounts around 12 inches (30.4 cm) are possible.

NHC added that media reports indicate flooding has occurred on Mayaguana Island and also in the Turks and Caicos. 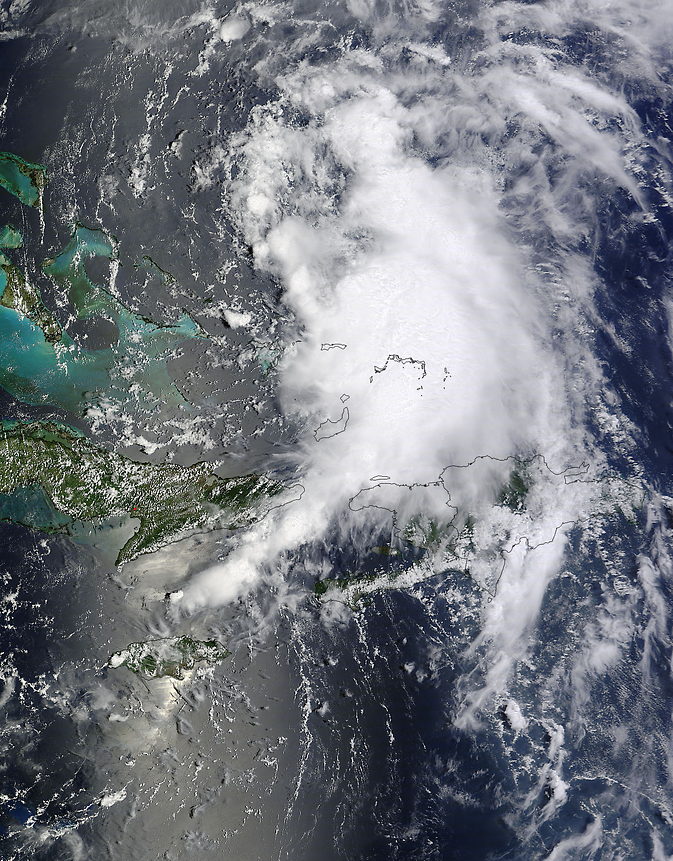 A GOES-East satellite image taken at 13:30 UTC on August 24 showed Cristobal as a rounded area of clouds north of Hispaniola (Haiti and the Dominican Republic) moving into the southeastern Bahamas. The GOES image was created at NASA's GOES Project office in NASA's Goddard Space Flight Center in Greenbelt, Maryland. 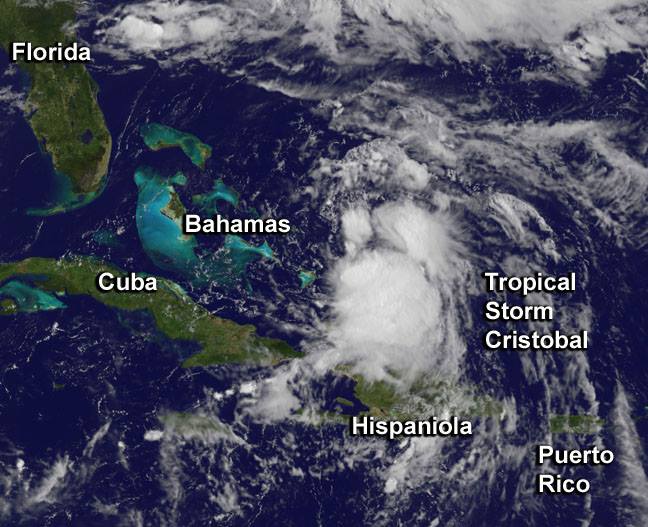