There are about 90 590 people living within 100 km radius. There is no tsunami risk.

USGS issued green alert for shaking-related fatalities and economic losses – there is a low likelihood of casualties and damage.

ER reader from Nuku’alofa wrote: “A little shake for 2 seconds and after 1 second it followed by one big shake for about 3 to 4 seconds. Nothing damaged just little things falling off shelves, cupboards, etc.“ 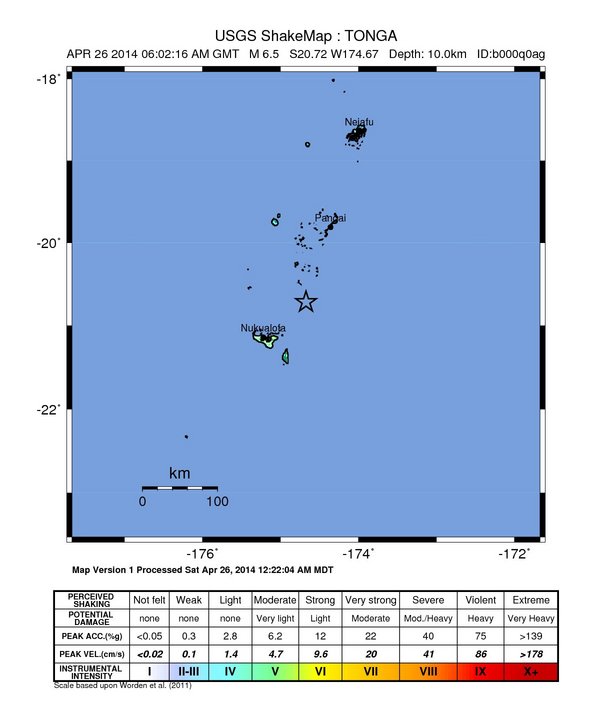 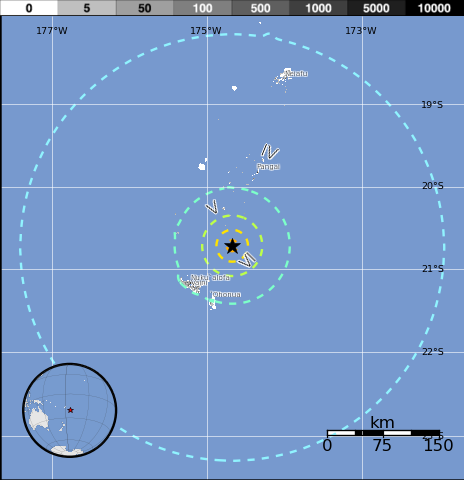