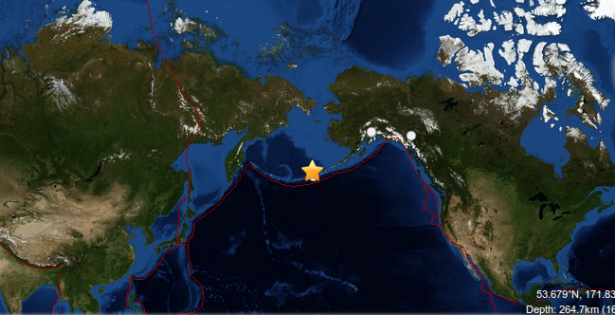 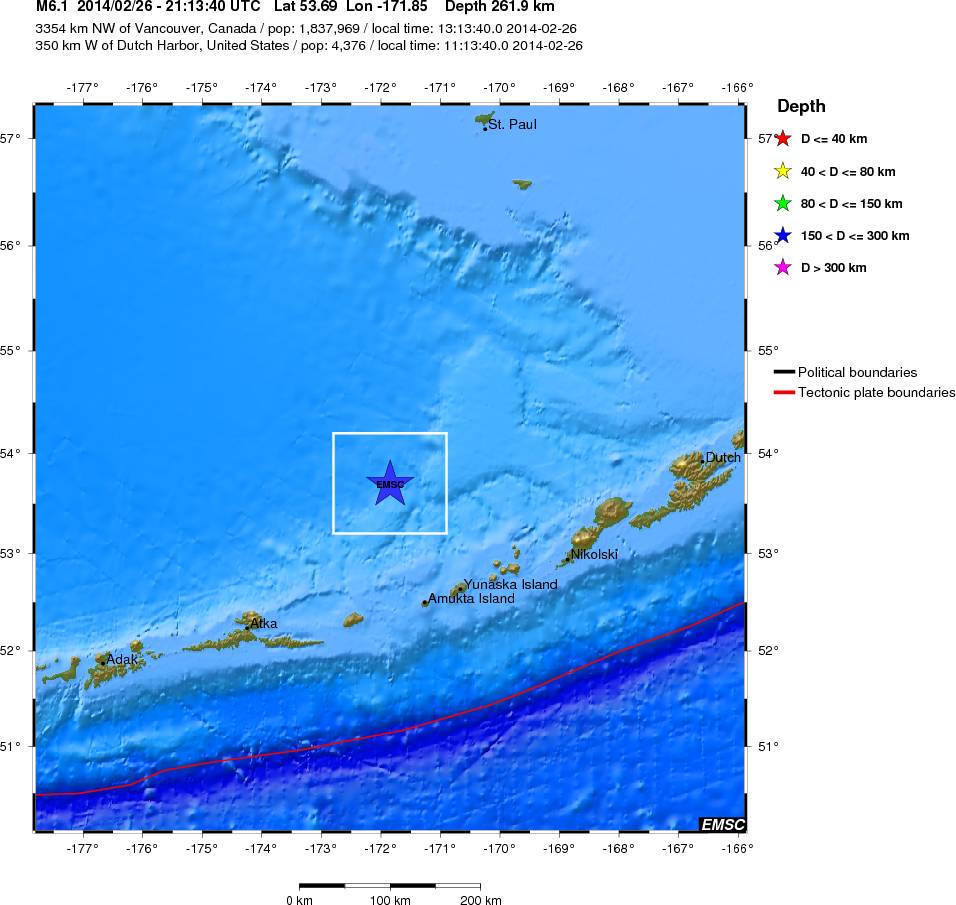 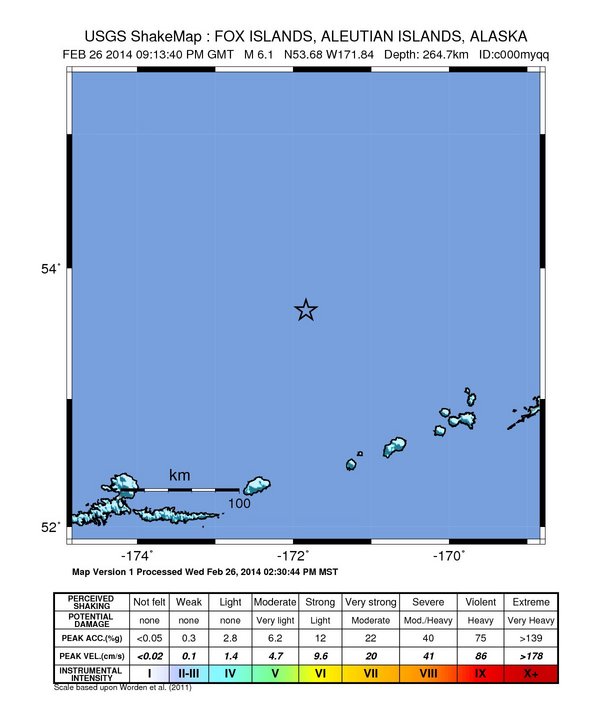 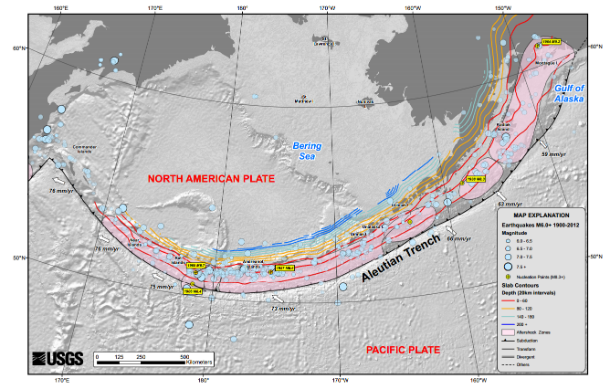 East of the Aleutian arc along the Gulf of Alaska, crustal earthquakes occur as a result transmitted deformation and stress associated with the northwestward convergence of the Pacific plate that collides a block of oceanic and continental material into the North America plate. In 2002, the Denali Fault ruptured in a sequence of earthquakes that commenced with the October 23 M6.7 Nenana Mountain right-lateral strike-slip earthquake and culminated with the November 3, M7.9 Denali earthquake which started as a thrust earthquake along a then unrecognized fault and continued with a larger right-lateral strike-slip event along the Denali and Totschunda Faults.