In a recent early online edition of Nature Chemistry, ASU scientists, along with colleagues at Argonne National Laboratory, have reported advances toward perfecting a functional artificial leaf.

Designing an artificial leaf that uses solar energy to convert water cheaply and efficiently into hydrogen and oxygen is one of the goals of BISfuel – the Energy Frontier Research Center, funded by the Department of Energy, in the Department of Chemistry and Biochemistry at Arizona State University.

Hydrogen is an important fuel in itself and serves as an indispensible reagent for the production of light hydrocarbon fuels from heavy petroleum feed stocks. Society requires a renewable source of fuel that is widely distributed, abundant, inexpensive and environmentally clean.

The researchers took a closer look at how nature had overcome a related problem in the part of the photosynthetic process where water is oxidized to yield oxygen.

They then designed an artificial relay based on the natural one and were rewarded with a major improvement. 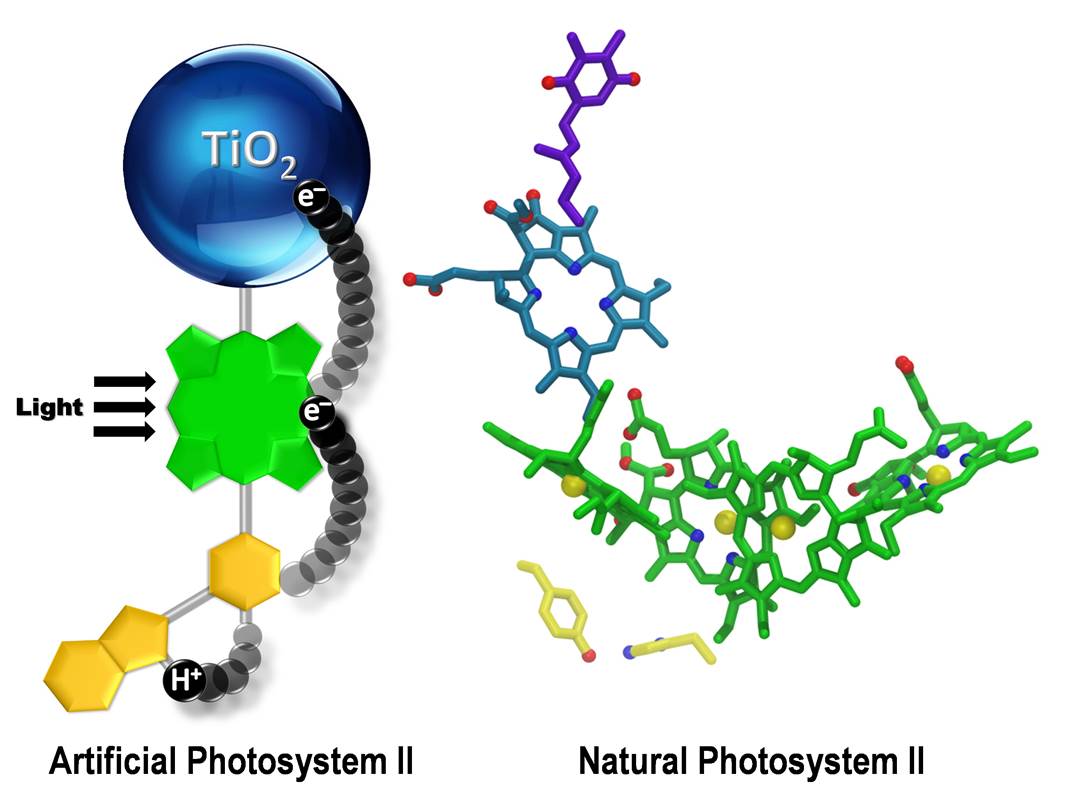 Seeking to understand what they had achieved, the team then looked in detail at the atomic level to figure out how this might work. They used X-ray crystallography and optical and magnetic resonance spectroscopy techniques to determine the local electromagnetic environment of the electrons and protons participating in the relay, and with the help of theory (proton coupled electron transfer mechanism), identified a unique structural feature of the relay. This was an unusually short bond between a hydrogen atom and a nitrogen atom that facilitates the correct working of the relay.

They also found subtle magnetic features of the electronic structure of the artificial relay that mirrored those found in the natural system.

Not only has the artificial system been improved, but the team understands better how the natural system works. This will be important as scientists develop the artificial leaf approach to sustainably harnessing the solar energy needed to provide the food, fuel and fiber that human needs are increasingly demanding.

ASU chemistry professors involved in this specific project include Thomas Moore, Devens Gust, Ana Moore and Vladimiro Mujica. The department is a unit of the College of Liberal Arts and Sciences. Key collaborators in this work are Oleg Poluektov and Tijana Rajh from Argonne National Laboratory.