This region is almost directly facing our planet, CMEs released from it would most likely be Earth directed. However, we still haven't observed any significant CME.

Region 1967 is making its second rotation on the Earth side of the Sun. This active region was the return of old Region 1944 which produced a total of 44 C-class, 7 M-class and 1 X-class events during its last rotation. Since it returned on January 27th it produced 22 M-class x-ray events.

Region 1968 (N10W09, Ekc/Beta-gamma) has so far released a couple of M-class and numerous C-class flares. Its location is above Region 1967, chance of Earth directed CMEs is almost the same.

Solar activity is expected to be at moderate levels (R1-R2, Minor-Moderate) with a chance for an X-class flare (R3-Strong) from February 4 through 6.

Table below shows only M-class events from Region 1967 (ex 1944) on its second rotation through Earth side of the Sun:

There are currently 4 active sunspot groups on the Earth side of the Sun. Both Regions 1967 and 1968 remained prominent in area/coverage. Region 1967 maintained several strong deltas along with a southeast-to-northwest orientated neutral line. 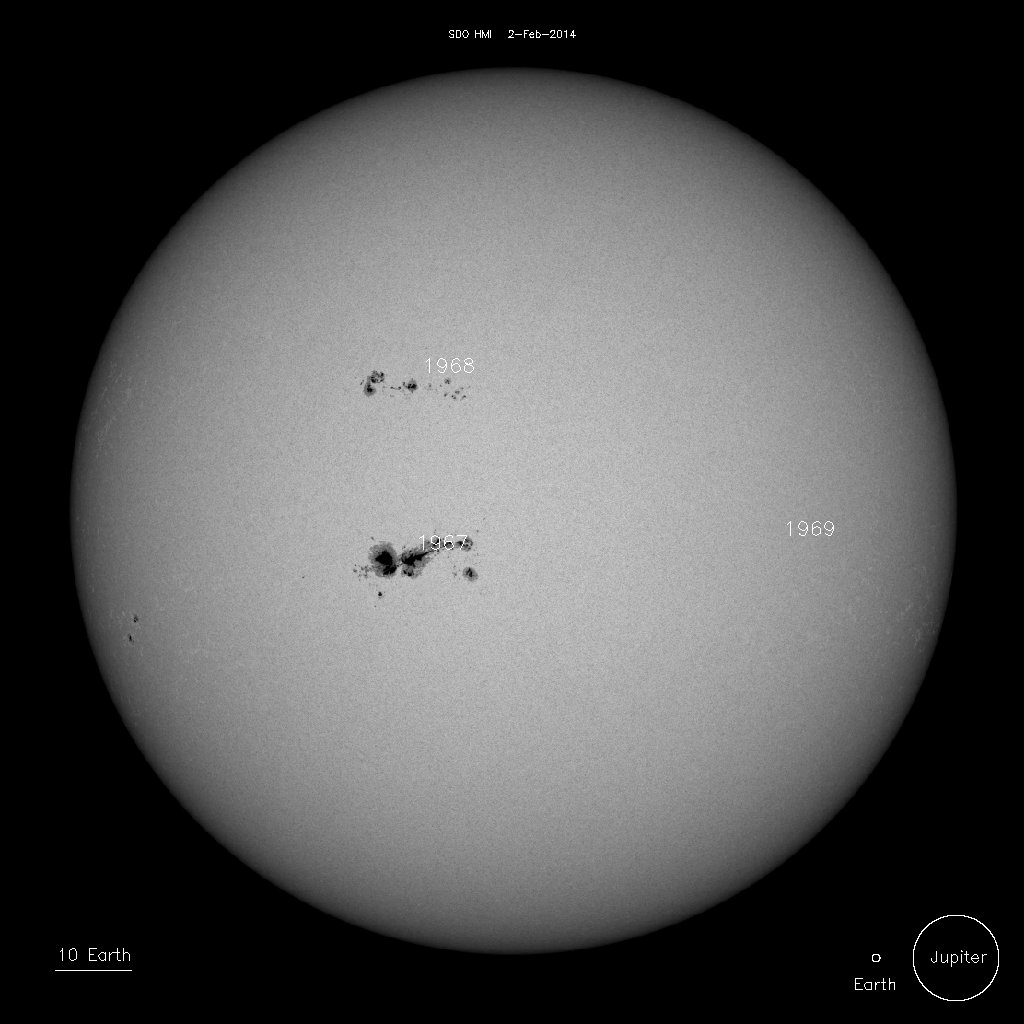 Meanwhile, Chad Blakley, an aurora tour guide in Sweden's Abisko National Park, reported they are enjoying one of their best years ever. "So far we have seen auroras on 29 out of the 31 nights we have looked. Last night was extra special [February 1]. The sky exploded in color and I was lucky to capture the phenomenon with several different cameras from multiple angles."

Video courtesy of Lights Over Lapland

Featured image: Lights Over Lapland (screenshot from the movie)