In last 2 days, since it announced its comeback to Earth view on January 27, Region 1967 (S15E60, Fkc/beta-gamma-delta / formerly known as Region 1944) produced 10 M-class solar flares. Current location of the region is not favorable for Earth directed CMEs but this will change in the days ahead.

This region showed moderate growth in last 24 hours (13:30 UTC), growing from 580 millionths to 1280 millionths, as well as developing a delta magnetic configuration.

During the same period, Region 1968 (N08E59, Eki/beta) exhibited growth in its leader spots and overall areal coverage. Region 1965 (S12W36, Dro/beta) had a couple of spots reemerge from its previously classified plage region and has developed into a small D-type group. The remaining numbered spotted regions on the visible solar disk remained stable or exhibited slight decay.

A 21 degree filament can be seen erupting from the visible disk in SDO/AIA 304 imagery from 28/00:58 UTC to 29/02:00 UTC, centered near S31W60. Initial analysis indicated most of the ejecta associated with this filament has a mostly south and westward trajectory, lessening the chances for impacts at Earth. 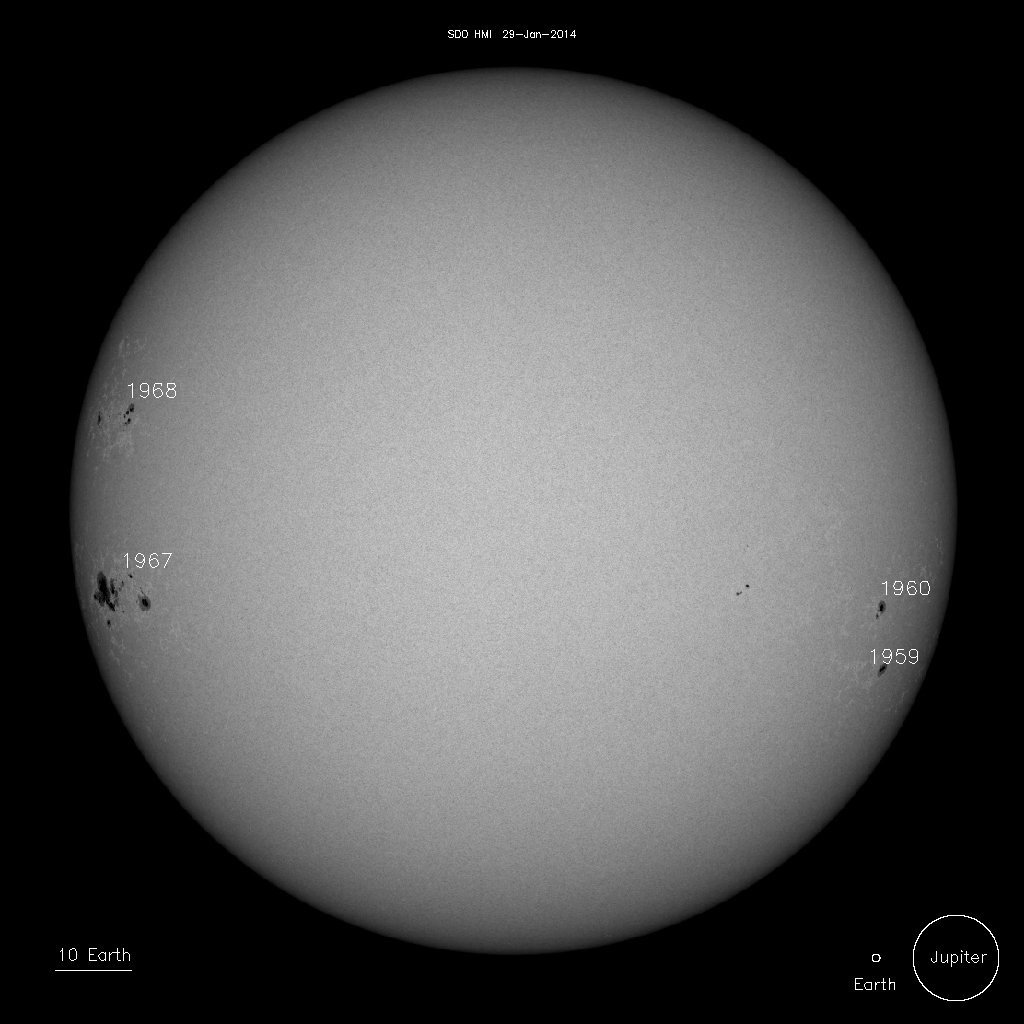 Speeds began to stabilize, ending the period (13:30 UTC Jan 29) near 453 km/s. The IMF total field started and ended the period near 6 nT, with minor enhancements to 12 nT periodically throughout the period.

IMF Bz steadily to fluctuate between values of -6 nT and +7 nT throughout the day. Phi angle remained in a mostly positive (Away) orientation through the period.

Conditions are expected to remain enhanced as the influence of a positive-polarity CH HSS persists for days one through three (Jan 29 – 31). Based on Stereo-B information, as well as other data, peak solar wind speeds are forecast to be near 600 km/s and persist for up to three days.

As Earth entered this stream of solar wind it sparked tall curtains of light around the Arctic Circle. Harald Albrigtsen took this picture of the display from Skulsfjord, Tromsø, Norway on January 28: 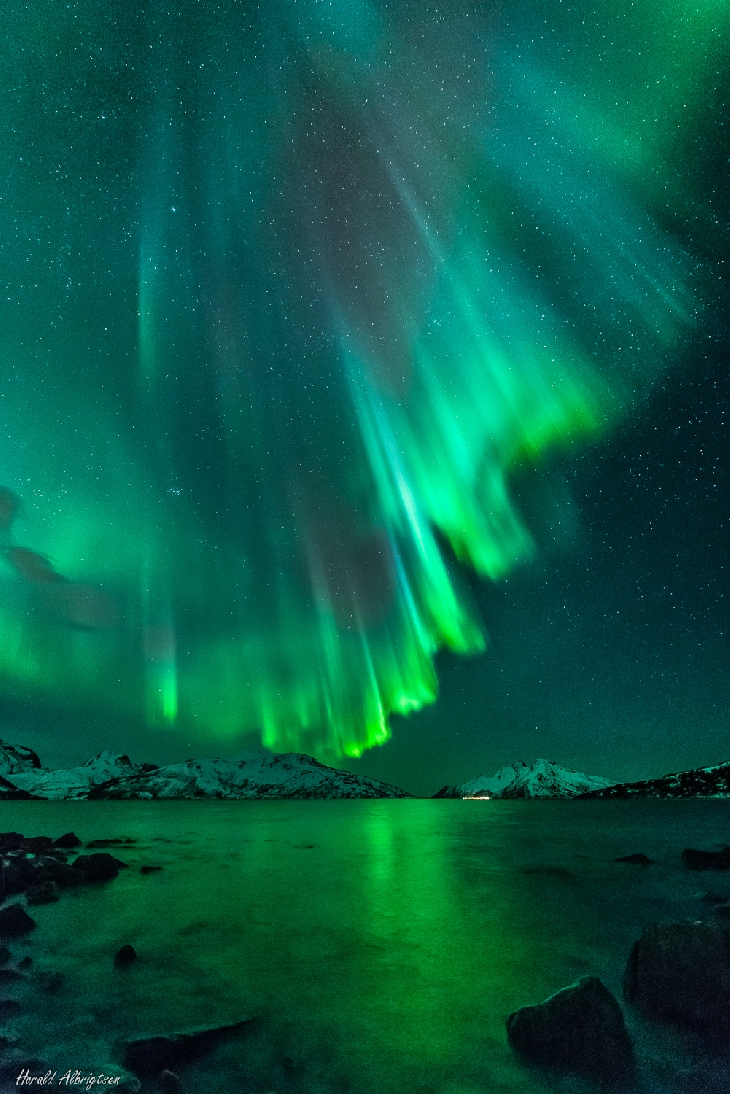 Taken by Harald Albrigtsen on January 28, 2014 @ Skulsfjord,Tromsø,Norway. Image via SpaceWeather

The geomagnetic field was at quiet levels in last 24 hours and it is expected to be at quiet to unsettled levels on day one (Jan 29) as effects from the positive-polarity CH HSS continue. Quiet to active levels are expected early on day two (Jan 30), with peak CH HSS effects expected near the beginning of the UTC day.

By the end of the day and into Day 3 (Jan 31), conditions are expected to return to quiet levels as CH HSS effects taper off. (SWPC)