At 16:11 UTC today Region 1967 (S14E48, Fkc/beta-gamma-delta) unleashed its 13th and strongest M-class solar flare since it returned from the farside of the Sun. The region is rotating toward the center of the disk and is showing a trend of slight growth. Earth directed Coronal Mass Ejections (CME) from this region are possible in the days ahead.

A 10cm Radio Burst (TenFlare) lasting 29 minutes was also reported. This can be indicative of significant radio noise in association with a solar flare. This noise is generally short-lived but can cause interference for sensitive receivers including radar, GPS, and satellite communications.

"An asymmetric halo CME was observed in SOHO/LASCO C2 coronagraph imagery emerging from the southeast limb at 16:24 UTC.

Analysis suggests the CME was moving at approximately 1400-1500 km/s and may have an earthward component. WSA-Enlil model run is underway to determine the geoeffectiveness.

CME associated with the M2.1 flare was first observed in Lasco C2 imagery at 08:24 UTC. Analysis suggests this CME was moving around 500 km/s with very little of the ejecta being Earth-directed. It has been included in the model run mentioned above to determine the extent of any interaction."

"WSA-ENLIL model analysis [for M6.6 solar flare] indicates a glancing blow from the CME is likely mid to late on February 02." 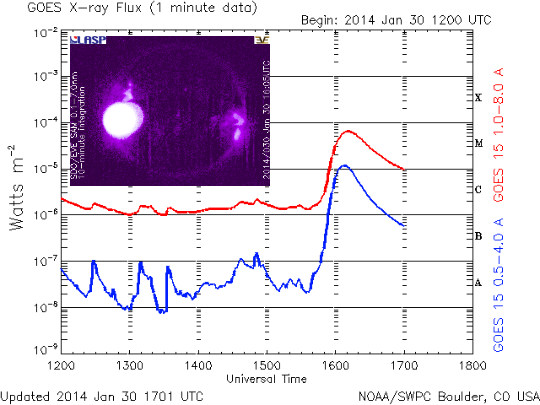 There are currently 5 numbered sunspot groups on the Earth side of the Sun. 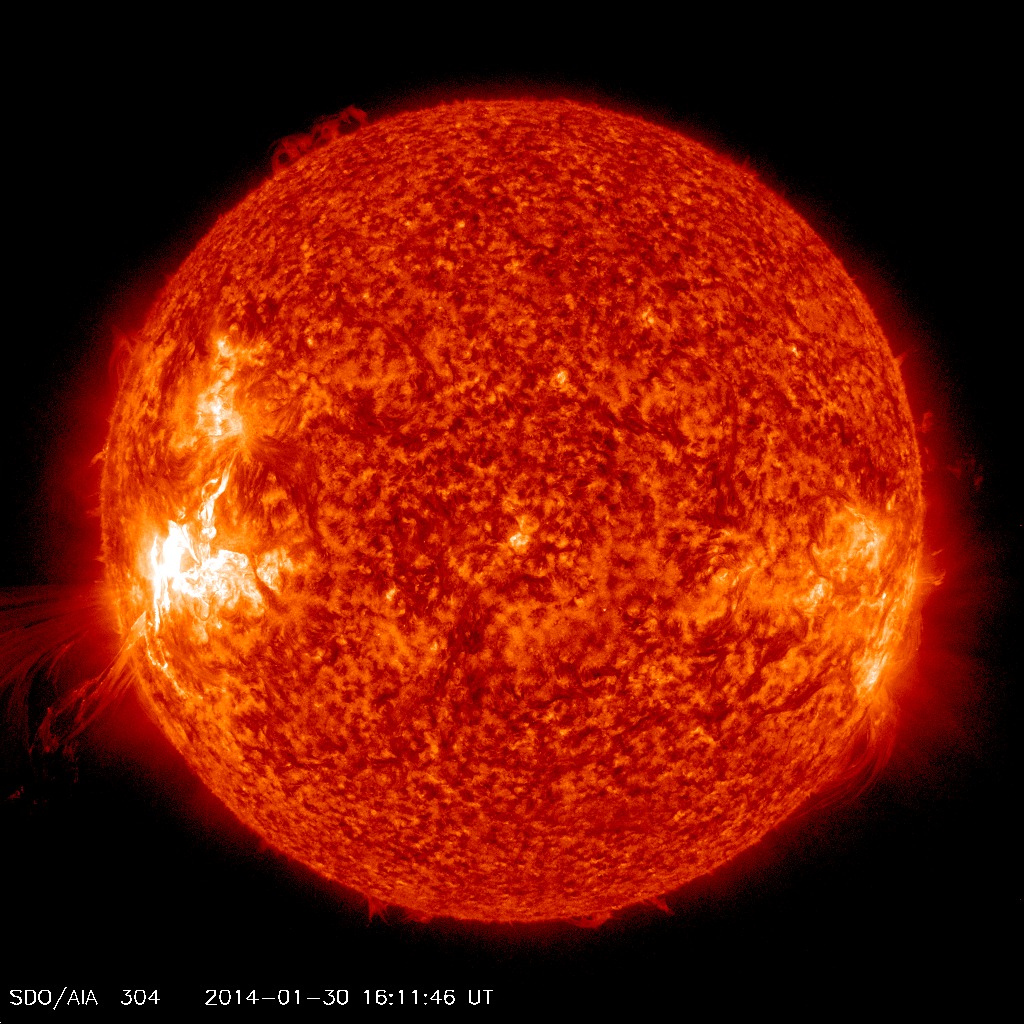 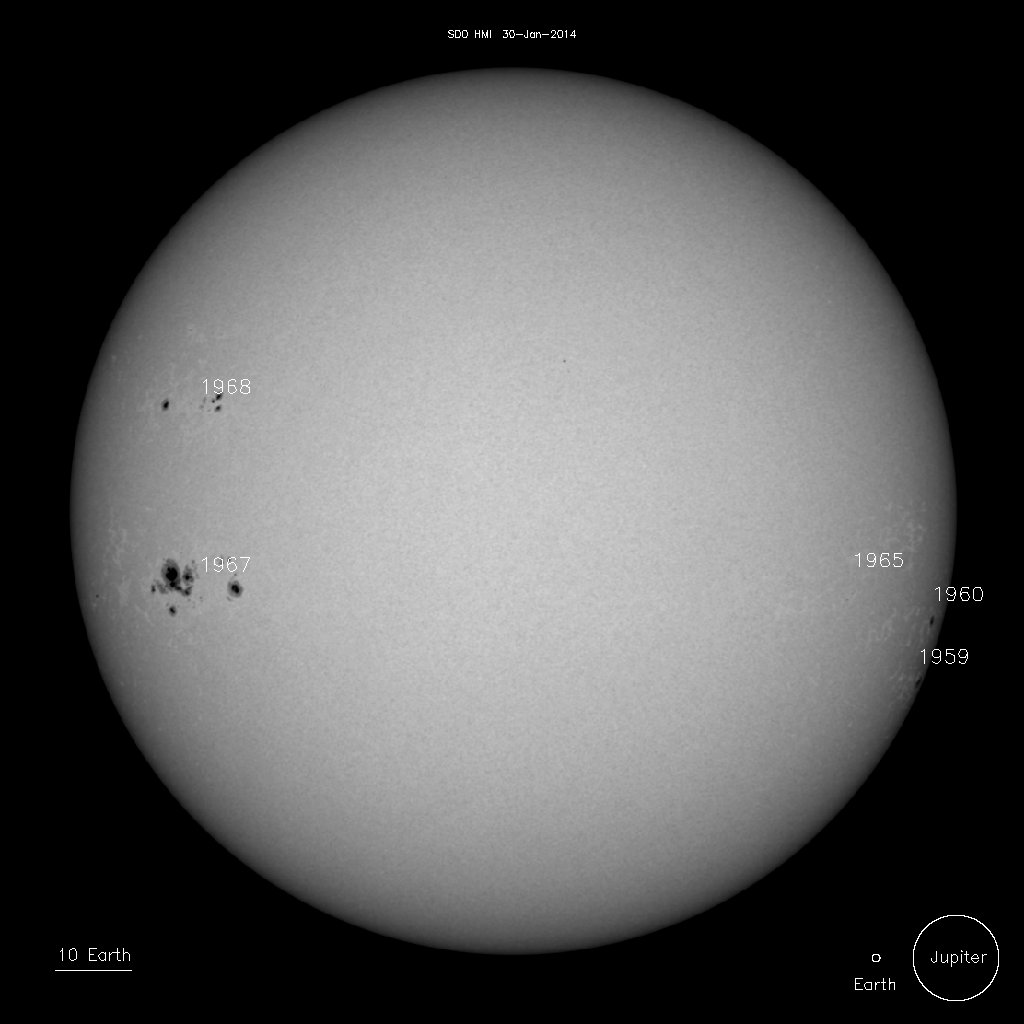