Epicenter was located 4 km NW of Lixoúrion (population 3 758), 10 km NW of Argostólion (population 9 820) and 293 km W of Athens (population 729 137). I felt it reports were received from Albania, Montenegro, Bulgaria and Southern Italy

Overall, the population in this region resides in structures that are a mix ou landslides that might have contributed to losses. 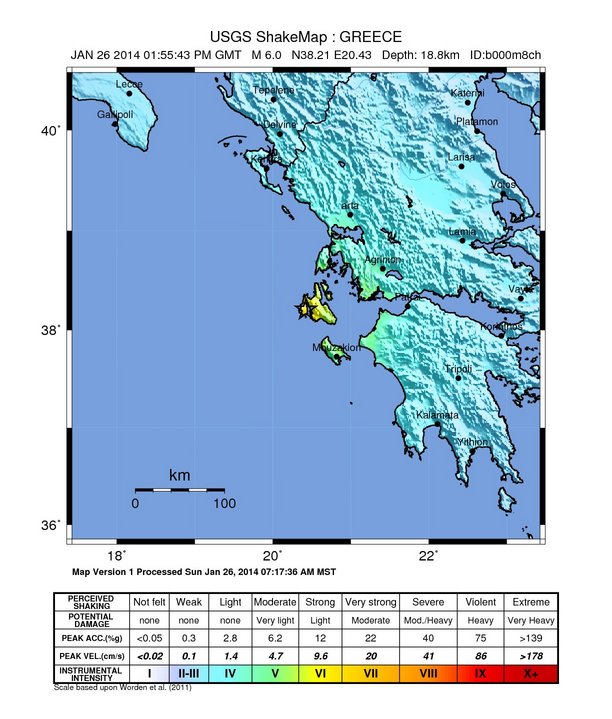 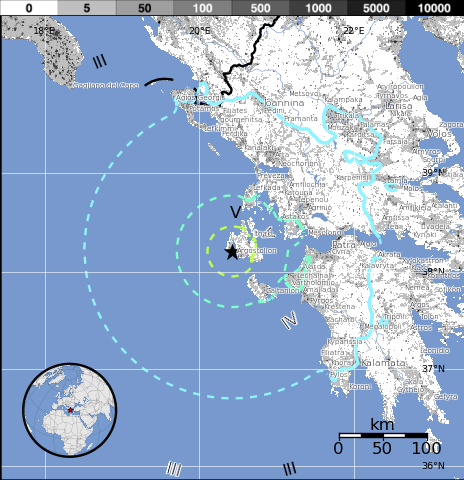 Selected cities exposed from GeoNames Database of Cities with 1,000 or more residents.(k = x1,000)

First reports are mentioning cracked roads and a chaotic situation on Cephalonia. Most people were frightened by the earthquake and ran to the streets. Fire brigade and police are checking for possible damaged buildings and injuries.

16:01 UTC – Damaged buildings are reported from Lixouri, located only 6 km from the epicenter. Power supply is interrupted in Fiskardo, located in northern Cephalonia. More damage reports coming in from different parts of the Island, so far “only” bricks falling from walls, cracks and other limited damage, but it seems that several buildings are affected. In Lixouri a hospice and some homes were demolished.

Newspapers report that Lixouri is the most affected area. Many houses there suffered damage in diverse extent. The quake also caused rockfalls and minor landslides in parts of the island!

One house in Kounopetra collapsed, luckily without affecting people.

Relatively large ash emission of the volcano Etna on Sicily (Italy) followed shortly after this quake was felt there. A connection of both events is possible. (ER)

22:00 UTC – Strong aftershocks are being reported in the region. A total of 19 earthquakes were recorded so far. 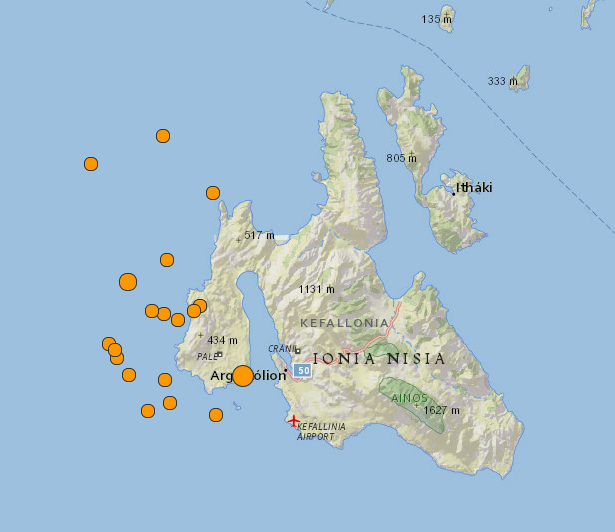 At least 2 people are confirmed to be slightly injured. They went to the hospital in Argostoli. Due to the damage caused to this hospital, mainly to its roof, it was decided to evacuate it. Patients were transferred to the next wooden building. 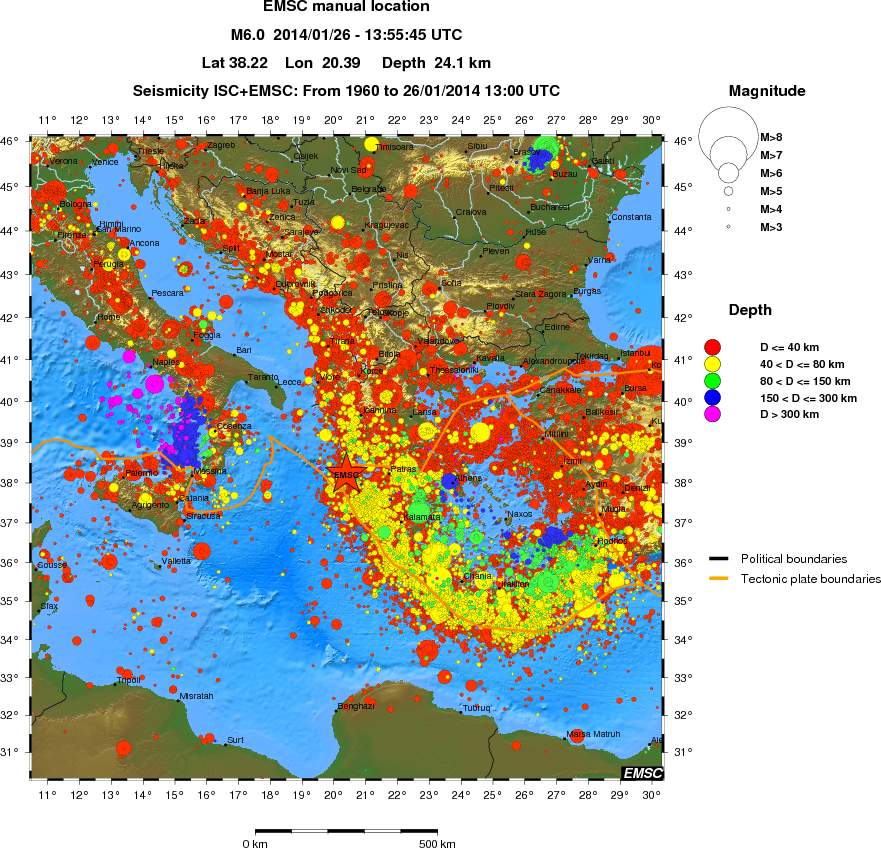