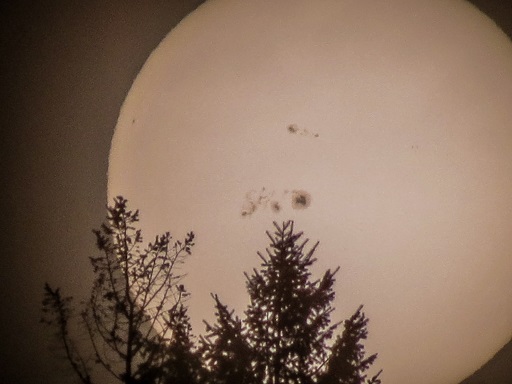 Huge central region on the Sun, AR 1944 (Fkc/beta-gamma-delta) erupted with strong solar flare measuring M7.2 at its peak time today. The event started at 10:07, peaked at 10:13 and ended at 10:37 UTC. Region 1944 is the largest and most magnetically complex region on the visible disk today. It is also one of the biggest sunspot regions of current solar cycle and is in geoeffective position where it will remain in the coming days.

A 10cm Radio Burst (TenFlare) lasting 5 minutes and measuring 409 solar flux units (sfu) was associated with the event. If CME was generated with this eruption, the plasma cloud is already on its way toward our planet. More information will be available once analysis of the event is completed.

NOAA SWPC forecasters estimated 75% chance for M-class, and 30% chance for X-class solar flare today and in the next two days. 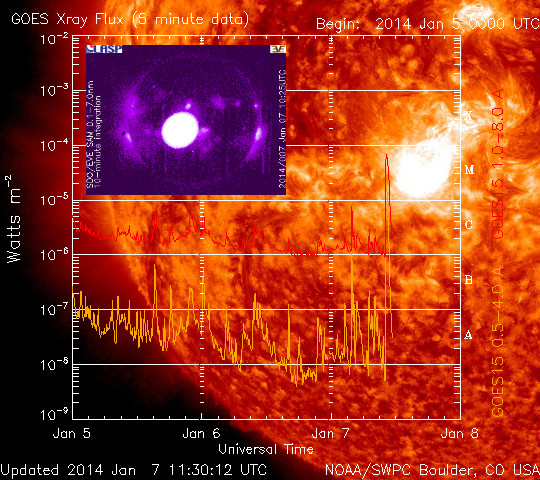 There are currently 9 numbered sunspot regions on the disk. Region 1946 (N09E14, Dac/beta-gamma) showed signs of growth in its intermediate spots and consolidation in its follower spot group yesterday. The additional seven numbered sunspot regions were stable or in a state of slight decay. Further analysis on the 04 Jan coronal mass ejection (CME) forecasts the majority of the plasma ejecta traveling south of the Sun-Earth line. Glancing blow effects from this CME are expected midday on 07 Jan. After further analysis, the CME associated with old Region 1936 (S15, L=225) which first appeared in LASCO/C3 imagery at 06/0954 UTC and was reported in the previous discussion is not anticipated to have an Earth-directed component. There were no additional CMEs observed in satellite imagery during the period. (SWPC, January 7, 2014 at 00:30 UTC). 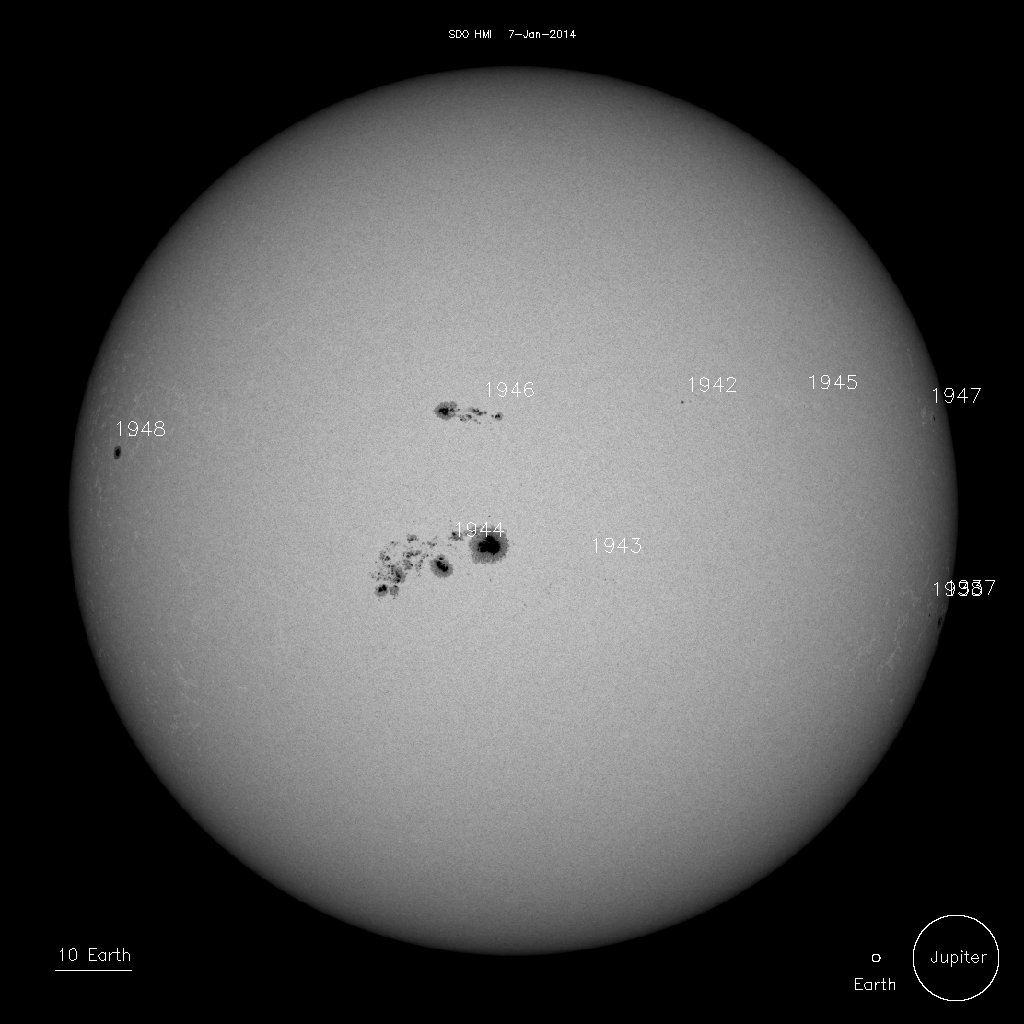