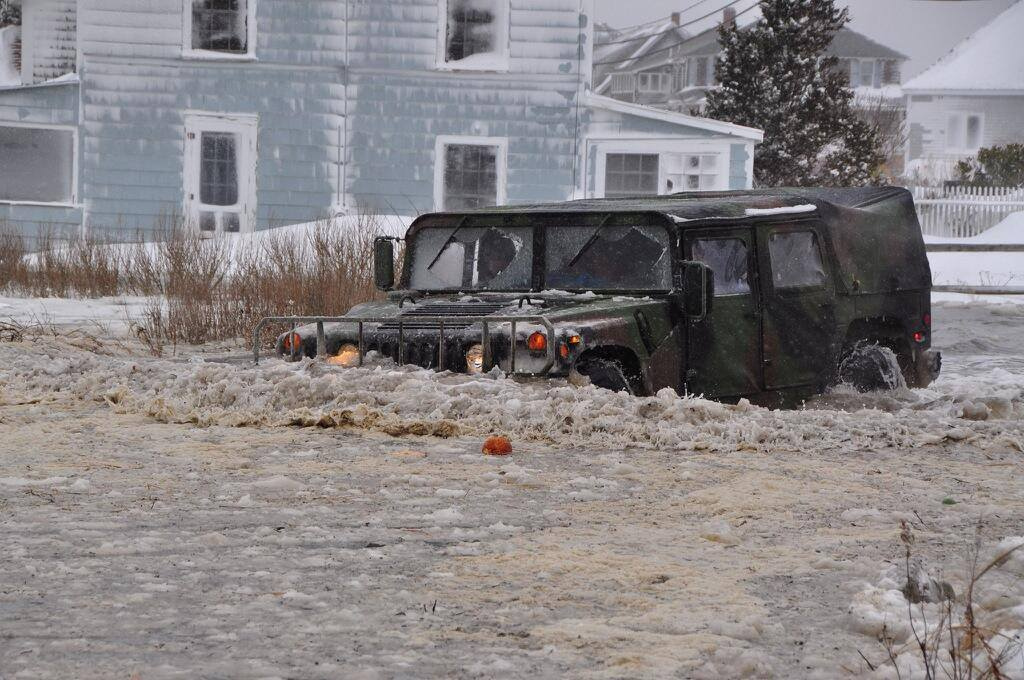 "Polar vortex" takes aim on United States with dangerous life-threatening temperatures. National Weather Service warned that much of the US will see coldest temperatures in about 20 years as an arctic cold front descends.

A fresh blast of arctic air with temperatures dropping to 30 Celsius below zero is expected across US midsection in the coming days – from the northern Plains to the Midwest and down into the Tennessee Valley.

According to National Weather Service, the polar vortex, a mid-upper level cyclonic feature normally present over northern Canada, will be displaced unusually far to the south over the northern Great Lakes and southern Ontario. Owing to the deep layer of the cold air mass, this will provide for an incredibly strong surge of bitterly cold Arctic air along with gusty winds. Nearly 115 million Americans are under some type of wind chill advisory, watch, or warning. 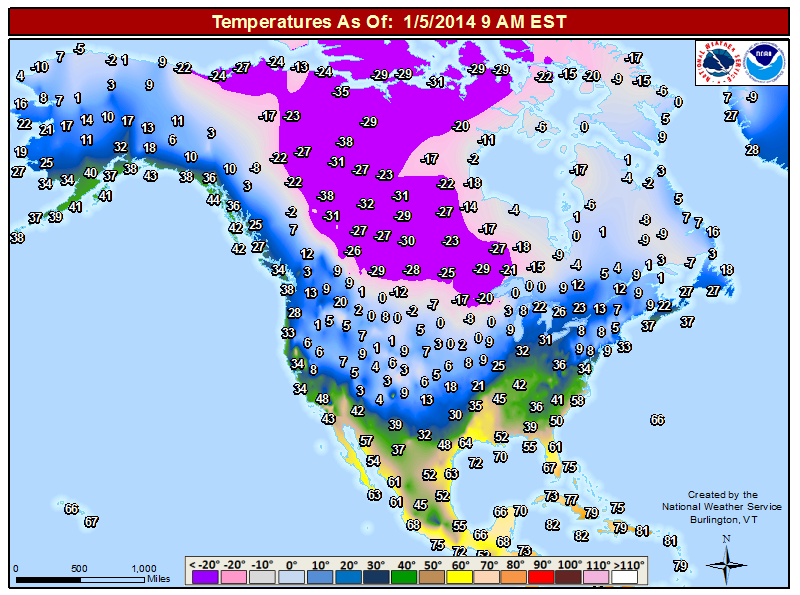 Surely, one of most dangerous aspects of this Arctic outbreak will be the gusty winds accompanying the subzero temperatures. The combination of brisk northwest winds and cold will produce wind chills of 50 below to 65 degrees Celsius below zero. A huge expanse of wind chill warnings are in effect from Montana all the way to the central Appalachians, with wind chills on the order of -20 to -50 degrees expected! Wind chills colder than 50 degrees below zero can cause exposed flesh to freeze in only 5 minutes. Danger of frost bites and hypothermia or death is very high if precautions are not taken.

Tips for staying SAFE in the EXTREME COLD

The core of the arctic air is expected to shift off to the north and east on January 8/9th, allowing temperatures to slowly rise to near normal by the end of the weak.

Ahead of the Arctic blast, a developing surface low along the cold front will result in widespread snow from Missouri to the Ohio Valley and into the Great Lakes. Areas that have persistent snow bands may receive on the order of 8 to 14 inches of snow, with locally higher amounts.

Winter Storm Hercules already delivered a swath of snow from the Midwest to the Great Lakes and Northeast during the first few days of 2014 and Winter Storm Ion is adding only more to it. Most of Ion's snowfall accumulated from Missouri to Illinois, Indiana, Ohio and southern Lower Michigan. Freezing rain remains a concern from northern Virginia northward into upstate New York and New England. 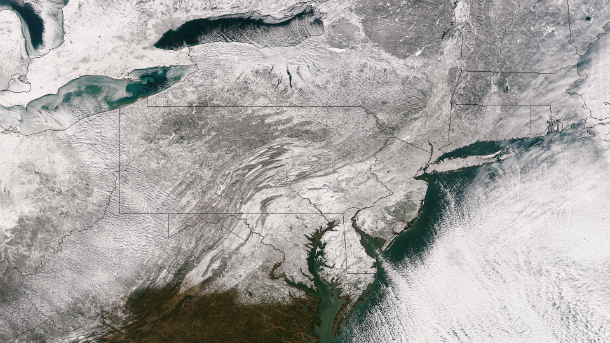 This image taken on January 3, 2014 by the Suomi NPP satellite shows the blanket of snow that stretches from the Midwest across to New England after a massive winter storm moved over the region on January 1-3, 2014. Many areas received up to or over a foot of snow, and the National Weather Service is warning that another system is moving across the Plains with the potential to bring more snow to the Midwest and Great Lakes regions on January 4th. (Credit: NOAA/VIIRS)