Parts of Europe are dealing with a significant cold snap since Wednesday, April 7, 2021, with many countries registering record lows. This comes after unusually warm weather, in many parts record-breaking, at end of March.

A deep cyclonic vortex from North Atlantic descended down on northern Europe over the past couple of days. The system then started pumping cold air from the North Atlantic to Western Europe on Sunday, April 4, eventually sweeping through Italy and the Balkans on Wednesday.

Orchard workers and vineyard workers have started taking measures to protect their crops from frost. In La Palazzetta, workers have covered apple trees, while farmers in Saillon, Switzerland, also protected their fruit trees from frigid temperatures.

The Arctic cold also brought snow to some countries, including Brussels, Belgium, where snow is unusual for this time of the year, Netherlands, Germany, Croatia, and Bosnia and Herzegovina.

What an impressive map this morning, large part of Europe in significant cold for April. Map: Meteociel pic.twitter.com/nRk0Fnbeuh

Your air has travelled from the Arctic.
pic.twitter.com/m8AgeGCTON

Frosty conditions covered much of France, where many locations observed the lowest April temperature on record, according to Meteo France.

In the Italian Alps, the temperature dropped to -33.2 °C (-27.8 °F), the coldest on record in April, according to Meteo France meteorologist, Etienne Kapikian.

Several locations in Croatia shivered through their lowest temperature in April. In Gospic, the mercury fell to -12 °C (10.4 °F), marking the country's coldest April temperature on record. 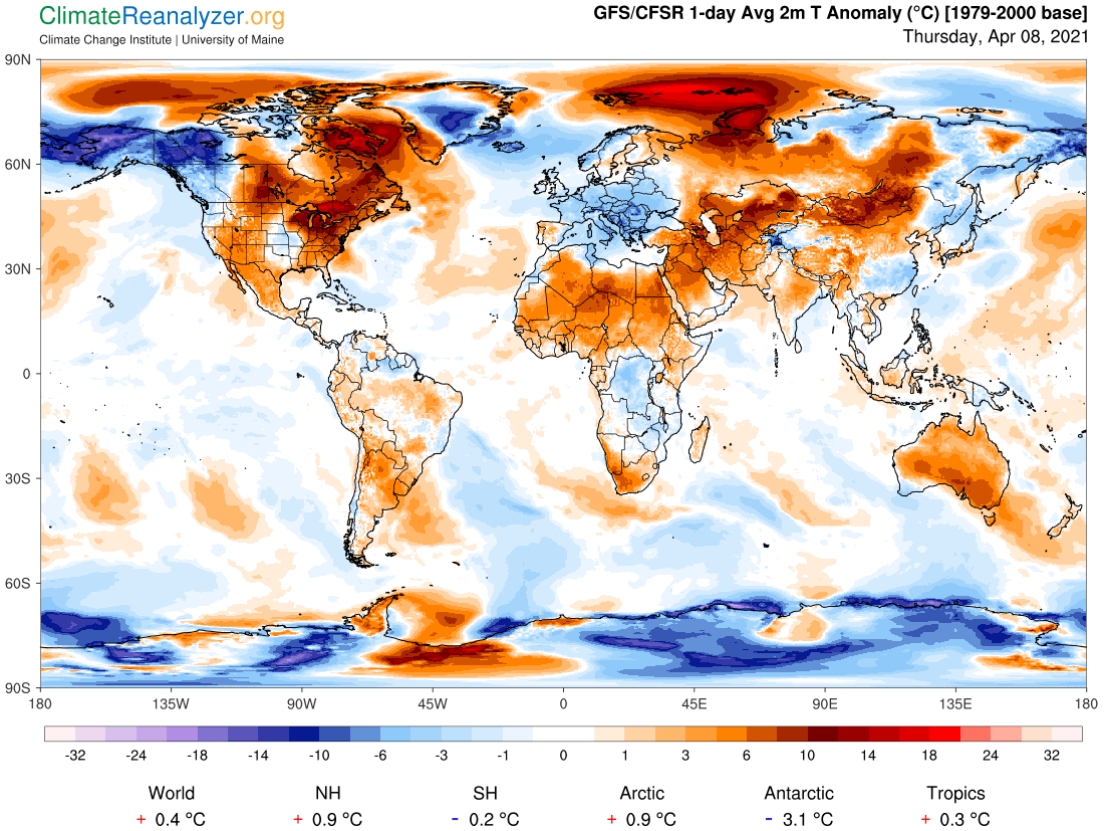 ICY SURPRISE: People across Europe woke up to a snowy surprise on Tuesday after a cold snap struck the region overnight. In Belgium, spring flowers were dusted with snow, while those in Croatia faced strong winds and blizzards. pic.twitter.com/VhJ84n7uOL

On Thursday morning, April 8, numerous areas in France and Italy saw their coldest April weather on record as the mercury dropped below freezing levels.

The extreme cold came just one week following unusually warm weather in northwest Europe, with many countries establishing record high temperatures for the month of March, including, the Netherlands, Belgium, Luxembourg, and France.

The cold blast is expected to dissipate over Central and Eastern Europe in the coming days, but another blast is already on the way.