Although official hurricane season is over, low pressure area in the northeastern Caribbean brought heavy rain, floods and landslides on islands of St. Vincent and the Grenadines, Saint Lucia and Dominica on December 25, 2013.

At least eight people died and dozens were forced out of their homes by heavy rain in St. Vincent and the Grenadines while five people are still considered missing. Several communities still remain cut-off due to damaged bridges and blocked roads. Vehicular traffic cannot enter or leave the North Windward community of Sandy Bay, and several blockages from landslides are preventing access to communities in North Leeward. The Caratal bridge is damaged, and a Bailey by-pass bridge in Colonarie was washed away. 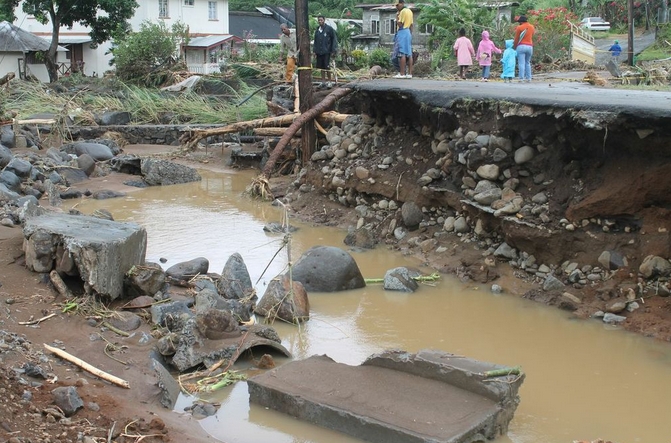 Midnight religious services were canceled in Saint Lucia where landslides and floods killed at least 5 people. Saint Lucia has suffered its worst flooding since Tropical Storm Debbie and Hurricane Thomas two years ago. National Emergency Management Organization (NEMO) said that forecasters could not predict this weather event as the Met Services equipment has been compromised. Additionally radar equipment located in Martinique, on which Saint Lucia’s Met Services depends for weather forecasting, was down resulting in severely hampered ability to analyze and predict this weather event. 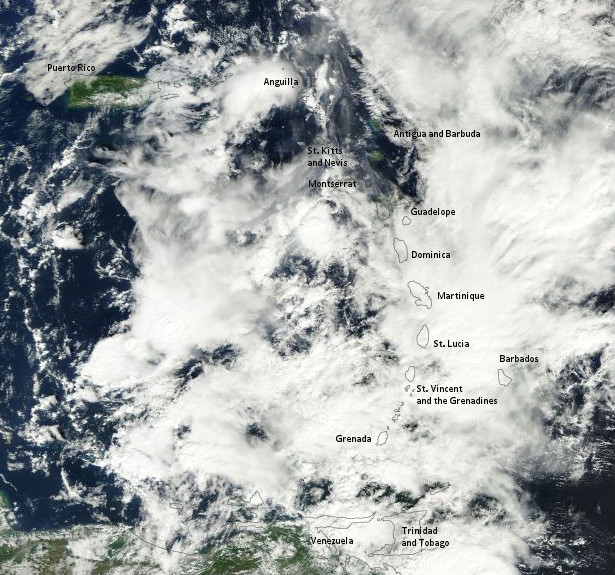 Reports coming from disaster committees located in the towns and villages of Saint Lucia indicate the following:

Reports indicate Anse-La-Raye and Bexon were hardest hit by flooding.

Several unconfirmed reports of loss of life attributable to the weather event have been received by NEMO. Most of the reports indicate individuals attempting to cross swollen rivers or flooded roads and other areas. (Find full report here)

Destruction was also reported in Dominica and the region is expected to remain on rain alert, according to meteorological services.

Chris Bolt reported from Grenada: "I have never seen so much lightning, and it went on for many hours."

A flash flood warning was issued for St. Kitts and Nevis and surrounding islands. 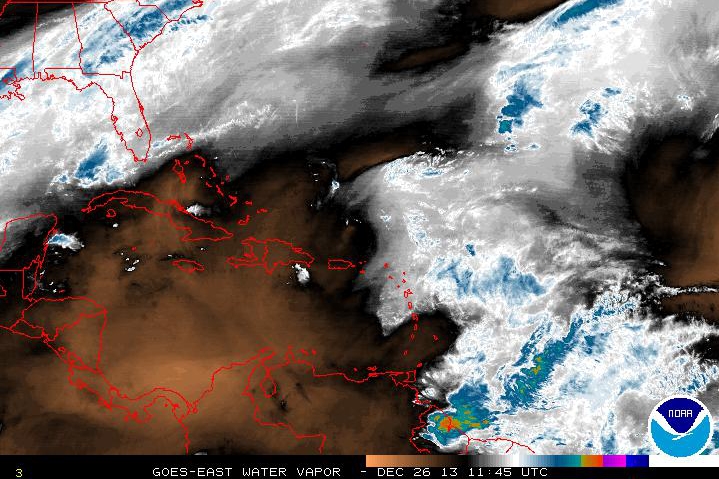