A second generation of stars in the globular cluster NGC 6752 stopped evolving. Perhaps they’re waiting for a better theory.

The idea that stars evolve is one of those unjustifiable preconceptions with which observations are interpreted and understood. With that idea for ink, astronomers can draw explanatory curves through the observed characteristics of particular stars. The curves are collected into a Theory of Stellar Evolution, which is claimed to be verified by all the observations that lie on the curves (or at least close to them).

No one has actually observed any particular star evolve. No one has seen a star move along the curve theoretically set out for it. A few have been observed to jump from one curve to another, but they were easily ignored.

The idea that an observation that doesn’t fit the curve falsifies the theory and requires trying out other preconceptions is naive: People are not that easily convinced to abandon or even to question their prior beliefs. The usual practice is to patch the theory and to dismiss alternatives out of hand. If patching fails, the discrepant observation is simply ignored and any gadflies who persist in mentioning it are expelled. 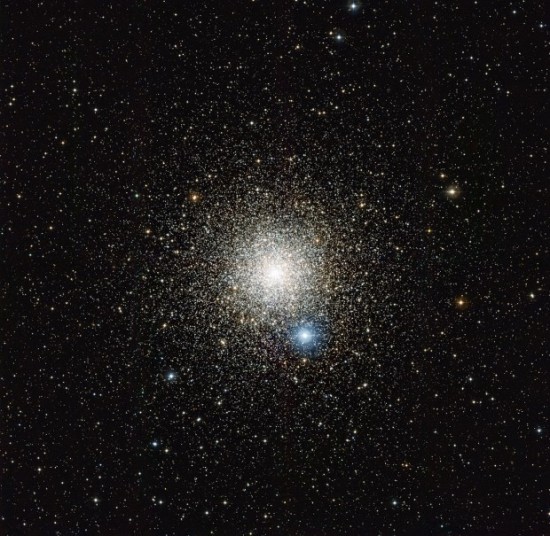 Stars in this globular cluster are supposed to have evolved into a bright giant phase. Recent observations reveal that 70% of them didn’t. Image credit: ESO

A recent discrepant observation may require more effort. It is of stars in a globular cluster that have characteristics far from the calculated curve of cluster evolution. Cluster stars are supposed to evolve through a giant phase in which they eject much of their mass. But astronomers found “[a]s many as 70% of the stars were not undergoing the final nuclear burning and mass-loss phase.” One observer remarked, “so there will be 70% fewer of the brightest stars than theory predicts. It also means our computer models of stars are incomplete and must be fixed!”

We can be sure that “fixing” means “patching.” Considering other preconceptions is taboo. Cosmic electricity is not to be mentioned.

If stars are externally powered by galactic electric circuits, their characteristics will vary with changes in the currents that drive them. A surge or “brown-out” will cause a star to jump to another spectral class or to explode. See, for example, the section “Stellar Evolution Counter-Examples” in Donald E. Scott’s book The Electric Sky, pp. 159-162 (online at http://electric-cosmos.org/hrdiagr.htm ).

This process, too, could be couched in terms of evolution, just as you could speak of a light bulb evolving from the time you turn it on until it burns out. But that is not the most useful or apt idea to use for an understanding that enables you to do things with it. The most useful aspect of the idea of stellar evolution may be that it will turn out to be wrong.

Featured image: This image from the Wide Field Imager on the MPG/ESO 2.2-metre telescope at the La Silla Observatory in Chile shows the globular star cluster NGC 6752 in the southern constellation of Pavo (The Peacock). Studies of this cluster using ESO’s Very Large Telescope have unexpectedly revealed that many of the stars do not undergo mass-loss at the end of their lives. Image credit: ESO