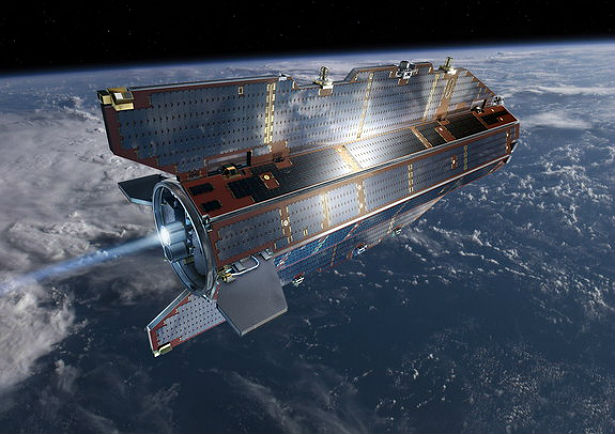 ESA’s GOCE, 1100 kg heavy, satellite has re-entered Earth’s atmosphere. The spacecraft fell at approximately 00:16 UTC on November 11, 2013 over the South Atlantic Ocean east of Tierra del Fuego, off the southernmost tip of the South America. An estimated 25% of debris reached Earth’s surface, while most of the satellite disintegrated in the atmosphere

There have been no reports of damage to property or sightings of debris. GOCE re-entered over Siberia, continued over the Western Pacific Ocean, the eastern Indian Ocean, Antarctica and finally southernmost tip of South America. 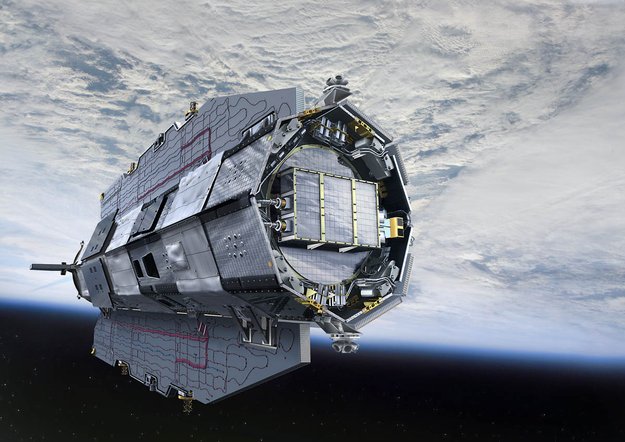 GOCE's orbit is so low that it experiences drag from the outer edges of Earth's atmosphere. The satellite's streamline structure and use of electric propulsion system counteract atmospheric drag to ensure that the data are of true gravity. (Credit: ESA/AEOS Medialab)

According to Heiner Klinkrad, Head of ESA’s Space Debris Office, in the 56 years of spaceflight, some 15 000 tons of man-made space objects have re-entered the atmosphere without causing a single human injury to date.

GOCE has spent most of its mission at an altitude of 255 km (158 miles), but has recently been at the lowest altitude of any research satellite at 224 km (139 miles).

The $450 million satellite was launched in 2009 to study Earth's gravity field in unprecedented detail. Scientist have used GOCE's data to create the first global high-resolution map of the boundary between Earth’s crust and mantle, known as the Moho.