Super-Typhoon Usagi is currently the strongest active storm on the planet, and the strongest so far this year. It is now rumbling across the Western Pacific near Taiwan and the Philippines. Packing winds as strong as 260 km/h (162 mph) Usagi is forecast to plow through the Luzon Strait. It is expected to continue toward southern China but is now slowly weakening.

Landfall is expected near Hong Kong on September 22 at about 12:00 UTC (8 p.m. local time). The latest JTWC forecast projects that Usagi will pass north of the Philippines in the next couple days and then pass very close to the southern tip of Taiwan on September 21. This path exposes southern Taiwan to the most dangerous part of the typhoon.

Wind strength of Usagi is now equivalent in power to a Category 5 hurricane and the system measures more than 1 100 km (683 miles) across. 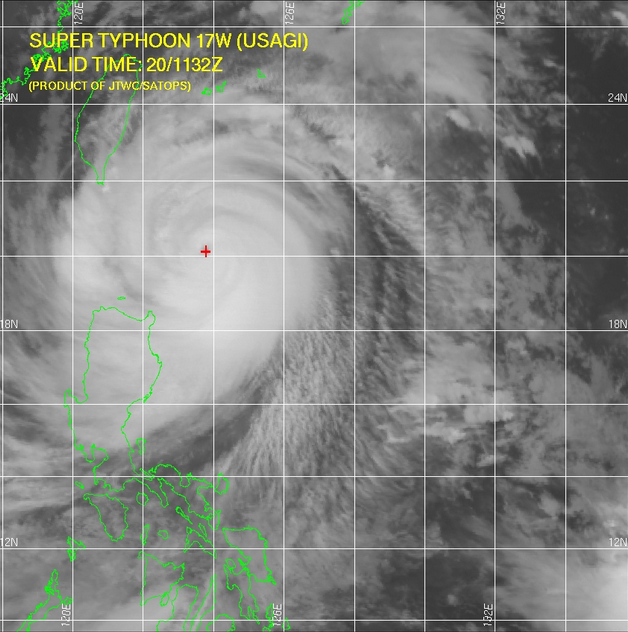 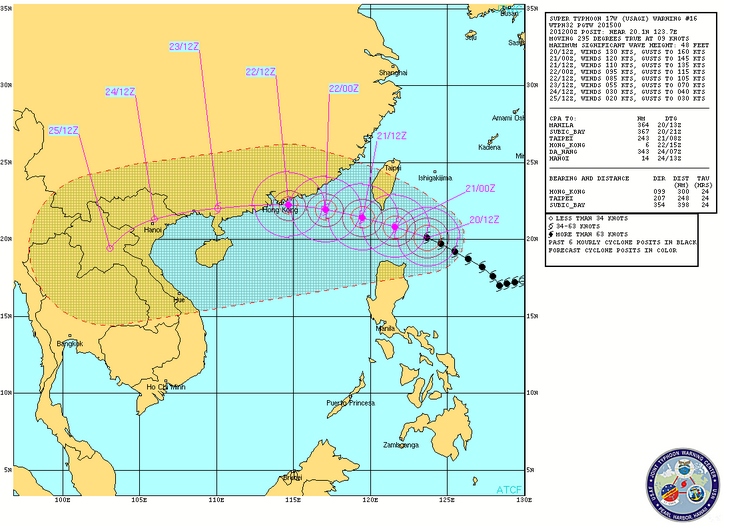 Pagasa has issued warnings for more than 15 Philippine provinces and northern coastal villages are now evacuated. Authorities in Taiwan warned their southernmost areas of torrential rains and destructive winds.

According to National Meteorological Center of China, at 09:00 UTC (5 p.m. Beijing time), a previous yellow alert for the typhoon was replaced by the orange one, the second highest.

Hong Kong's observatory issued a warning and said Usagi poses a threat to Hong Kong on Sunday, September 22. The observatory's storm tracker showed the typhoon to be on a direct trajectory toward the city.

In this TRMM satellite flyover animation from September 19 rain was falling at a rate of over 140mm/~5.5 inches (red) per hour in the powerful storms within Super Typhoon Usagi's eye wall. Credit: NASA/SSAI, Hal Pierce