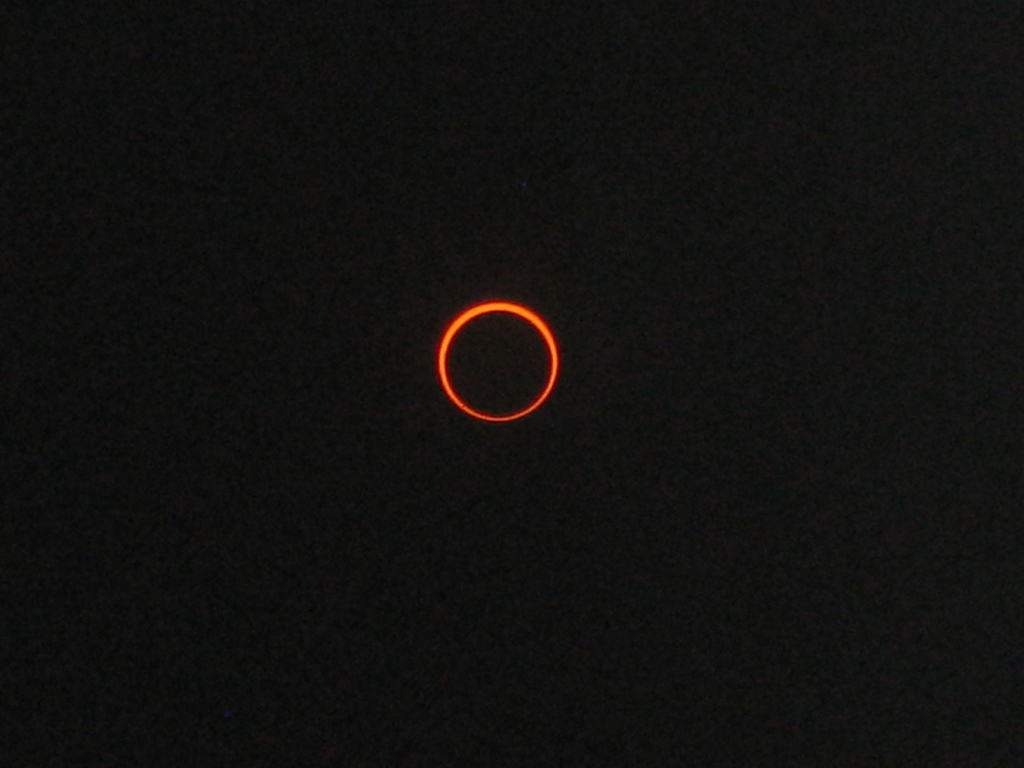 The periodicity and recurrence of eclipses is governed by the Saros cycle, a period of approximately 6,585.3 days (18 years 11 days 8 hours). It was known to the Chaldeans as a period when lunar eclipses seem to repeat themselves, but the cycle is applicable to solar eclipses as well.

The Saros arises from a natural harmony between three of the Moon's orbital periods (circa 2000 CE):

One Saros is equal to 223 synodic months. However, 239 anomalistic months and 242 draconic months are also equal to this same period (to within a couple hours)!

Any two eclipses separated by one Saros cycle share very similar geometries. They occur at the same node with the Moon at nearly the same distance from Earth and at the same time of year. Because the Saros period is not equal to a whole number of days, its biggest drawback is that subsequent eclipses are visible from different parts of the globe. The extra 1/3 day displacement means that Earth must rotate an additional ~8 hours or ~120º with each cycle. For solar eclipses, this results in the shifting of each successive eclipse path by ~120º westward. Thus, a Saros series returns to about the same geographic region every 3 saroses (54 years and 34 days).

A Saros series doesn't last indefinitely because the three lunar months are not perfectly commensurate with one another. In particular, the Moon's node shifts eastward by about 0.5º with each cycle. A typical Saros series for a solar eclipse begins when new Moon occurs ~18° east of a node. If the first eclipse occurs at the Moon's descending node, the Moon's umbral shadow will pass ~3500 km below Earth and a partial eclipse will be visible from the south polar region. On the following return, the umbra will pass ~300 km closer to Earth and a partial eclipse of slightly larger magnitude will result. After ten or eleven Saros cycles (about 200 years), the first central eclipse will occur near the south pole of Earth. Over the course of the next 950 years, a central eclipse occurs every 18.031 years (= Saros) but will be displaced northward by an average of ~300 km. Halfway through this period, eclipses of long duration will occur near the equator. The last central eclipse of the series occurs near the north pole. The next approximately ten eclipses will be partial with successively smaller magnitudes. Finally, the Saros series will end a dozen or more centuries after it began at the opposite pole. Due to the ellipticity of the orbits of Earth and the Moon, the exact duration and number of eclipses in a complete Saros is not constant. A series may last 1226 to 1550 years and is comprised of 69 to 87 eclipses, of which about 40 to 60 are central (i.e., total, hybrid or annular). For more information, see Saros Series Statistics.