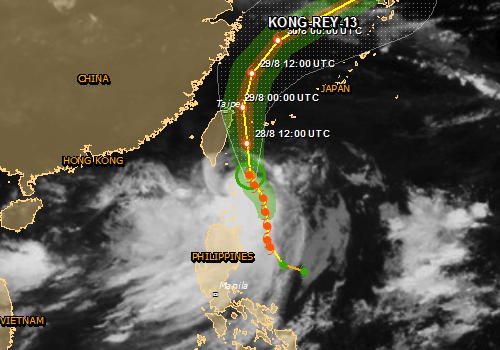 Satellite imagery on August 27, 2013, showed that wind shear was having an effect on the thunderstorms in Tropical Storm Kong-Rey's northern quadrant.

NASA's Aqua satellite passed over TS Kong-Rey on August 27 at 05:15 UTC and the Moderate Resolution Imaging Spectroradiometer took a visible image of the storm. The imagery showed that the northern quadrant of the storm had the weakest area of thunderstorm development as a result of northeasterly wind shear, while the southern and western quadrants had strong thunderstorms. Wind shear is expected to relax somewhat, allowing Kong-Rey to intensify over the next day before it begins weakening.

It is expected to pass east of Taiwan and then a mid-latitude trough (elongated area of low pressure) moving in from the northwest is expected to push the storm in a northeasterly direction and weaken it in the next couple of days.

Kong-Rey is 14th tropical cyclone generated in the northwestern Pacific. It formed from low pressure System 91W on August 25th. 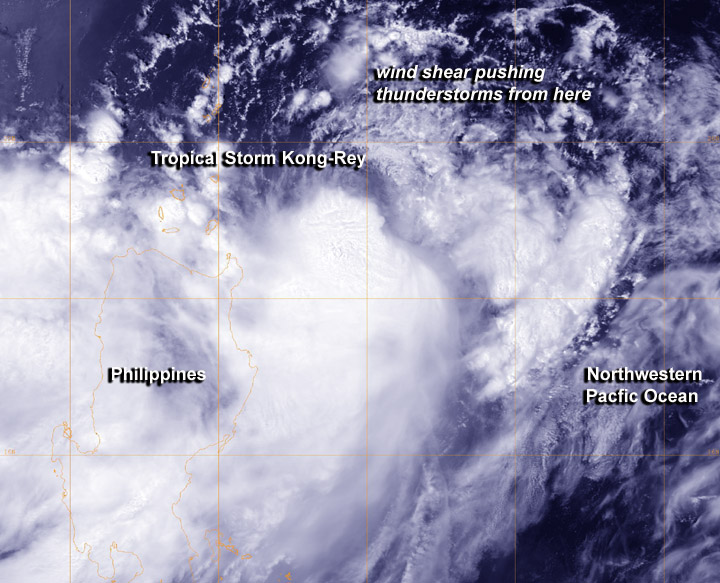 NASA's Aqua satellite passed over Kong-Rey on August 27 at 05:15 UTC and saw the northern quadrant had the weakest area of thunderstorm development as a result of northeasterly wind shear, while the southern and western quadrants had strong thunderstorms. Image credit: NRL/NASA

TS Kong-Rey is forecast to strike Japan at about 02:00 UTC on August 31. Data supplied by the US Navy and Air Force Joint Typhoon Warning Center suggest that the point of landfall will be near 31.2 N, 130.1 E. Kong-rey is expected to bring 1-minute maximum sustained winds to the region of around 83 km/h (51 mph). Wind gusts in the area may be considerably higher. 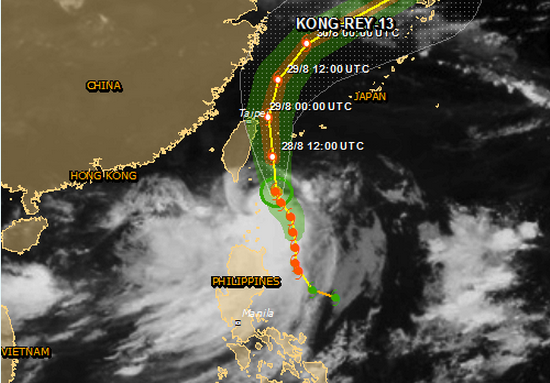 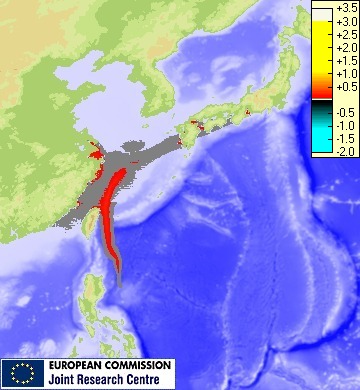