After moving through the Philippines, Tropical Storm Rumbia strengthened in South China Sea and is about to make landfall in south China, between Hong Kong and the Luichow Peninsula, somewhere between the Leizhou Bay and Yangjiang, early on July 2, 2013. Rumbia reached typhoon strength during July 1, 2013 which makes it the first typhoon of 2013 in the western Pacific Ocean. 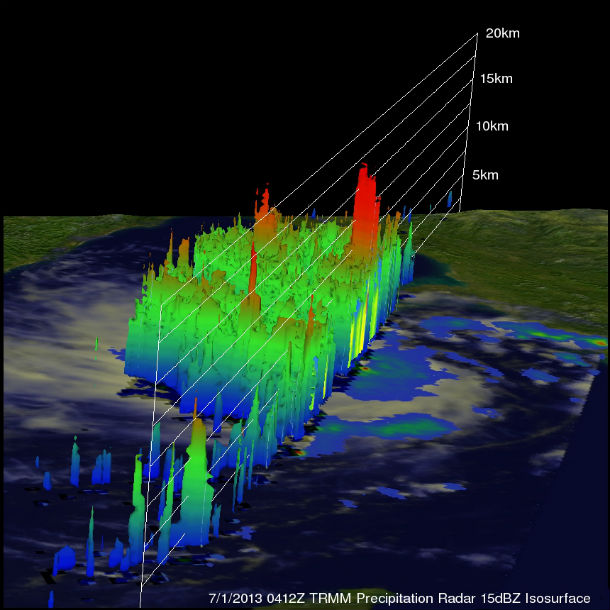 The TRMM satellite collected data from typhoon Rumbia in the South China Sea on July 1, 2013 at 04:12 UTC. The 3-D image above was derived from TRMM's Precipitation Radar (PR) data and shows that some very powerful storms in Rumbia's eye wall were reaching heights of 17km (~10.6 miles). (Credit: NASA/TRMM)

Animated enhanced infrared satellite imagery continues to depict a weakening trend in the overall structure of the system as deep convection has continued to decrease and cloud tops have started to warm. Upper-level analysis reveals a marginal to poor environment with moderate to strong (20-30 knots) vertical wind shear that is being countered by fair easterly divergent outflow. 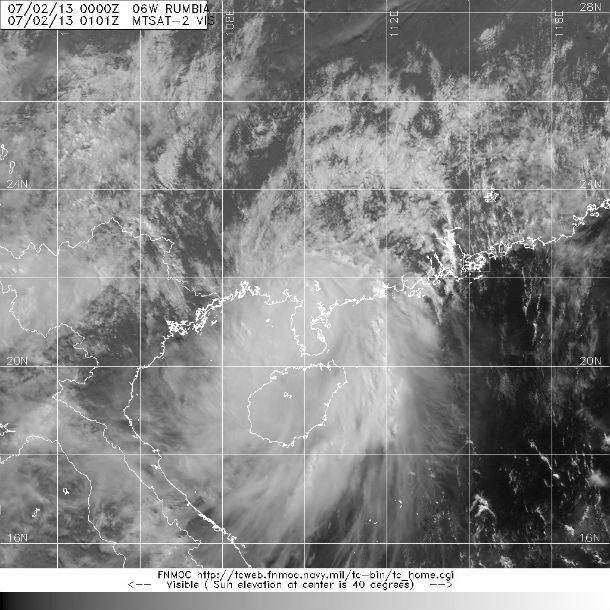 Rumbia continues to track quickly along the southwestern periphery of the deep subtropical ridge. The system is forecasted to make landfall in the next several hours and track northwestward to north-northwestward along the southwestern periphery of the subtropical ridge. Rumbia will rapidly erode in the next 36 hours as the frictional effects of land and further increasing vertical wind shear dissipate the system after the next 36. 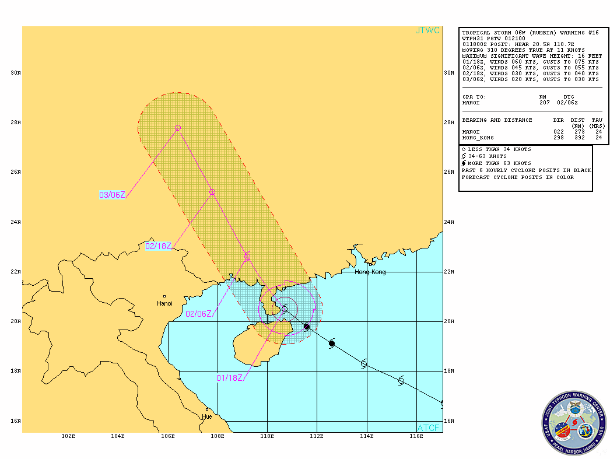 After moving on shore the Rumbia will rapidly weaken due to the land interaction and loss of a moisture. Rumbia will bring the risk of flooding and landslides along the southern portions of China, especially in the immediate coastal area. Surge up to 4 meter high is expected.

Heavy rainfall, possibility of 5 to 10 inches (120 mm to 250 mm) of rain is expected to impact communities from northern Hainan Island to the western half of Guangdong province. Flash floodings and mudslides could unfold in the higher terrain.

TS Rumbia is expected to loose tropical characteristics after the next 36 hours. 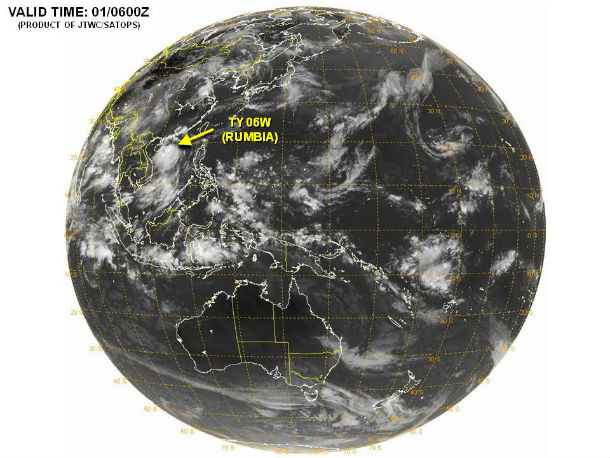