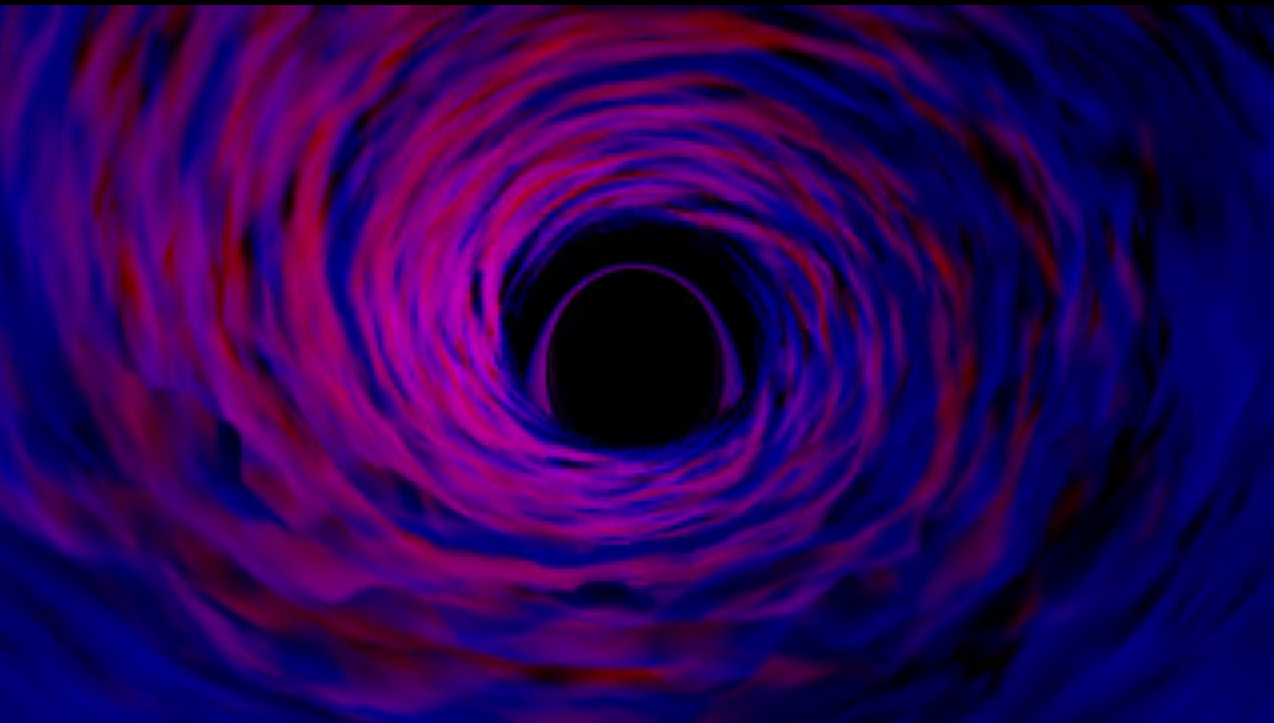 Assumptions about how stellar-mass black holes create their highest-energy light have been confirmed by the recent study by NASA astronomers, John Hopkins University and the Rochester Institute of Technology.

Lead scientist Jeremy Schnittman, an astrophysicist at NASA's Goddard Space Flight Center in Greenbelt, Maryland, said that their work traces the complex motions, particle interactions and turbulent magnetic fields in billion-degree gas on the threshold of a black hole, one of the most extreme physical environments in the universe.

The team of experts, by analyzing a supercomputer simulation of gas flowing into a black hole, discoverers they can reproduce a range of relevant X-ray features long observed in active black holes.

This animation of supercomputer data takes you to the inner zone of the accretion disk of a stellar-mass black hole. Gas heated to 20 million degrees Fahrenheit as it spirals toward the black hole glows in low-energy, or soft, X-rays. Just before the gas plunges to the center, its orbital motion is approaching the speed of light. X-rays up to hundreds of times more powerful ("harder") than those in the disk arise from the corona, a region of tenuous and much hotter gas around the disk. Coronal temperatures reach billions of degrees. The event horizon is the boundary where all trajectories, including those of light, must go inward. Nothing, not even light, can pass outward across the event horizon and escape the black hole.
Credit: NASA's Goddard Space Flight Center
Music: "Lost in Space" by Lars Leonhard, courtesy of the artist

Black holes are the densest objects discovered by mankind. When huge stars burn out their fuel and collapse stellar black holes form, crushing up to 20 times the sun's mass into compact objects less than 120 km wide.
When gas falls into a black hole it first orbits around it and then accumulates forming a flattened disk. This gas stored in the disk slowly spirals inward and becomes greatly compressed and heated as it moves closer to the center, finally reaching temperatures as hot as 20 million degrees Fahrenheit (12 million C), which is about 2,000 times hotter than the surface of the Sun. The gas glares in low-energy, or soft X-rays.

Observations show that black holes also generate substantial amounts of hard X-rays, light with energy tens to hundreds of times larger in compare to soft X-rays. The production of these hard X-rays suggests the existence of much hotter gas, with temperatures as high as billions of degrees. 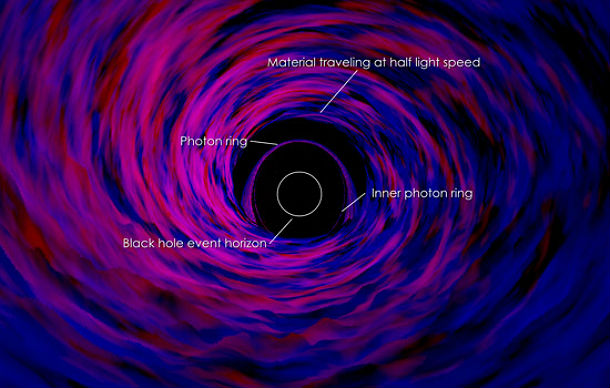 This annotated image labels several features in the simulation, including the event horizon of the black hole. (Credit: NASA’s Goddard Space Flight Center/RIT)

This recent study involves an elaborate computer simulation that at the same time tracked the fluid, electrical and magnetic properties of the gas simultaneously taking into account Einstein's theory of relativity. With this data, the experts developed tools to find out how X-rays were emitted, absorbed, and scattered in and around the disk.

Julian Krolik, a professor at Johns Hopkins University in Baltimore, said that black holes are truly exotic, with extraordinarily high temperatures, incredibly rapid motions and gravity exhibiting the full weirdness of general relativity. But our calculations show we can understand a lot about them using only standard physics principles, he explained.

For the first time a direct connection between magnetic turbulence in the disk, the formation of a billion-degree corona above and below the disk, and the creation of hard X-rays around an active black hole, are being shown in this study.