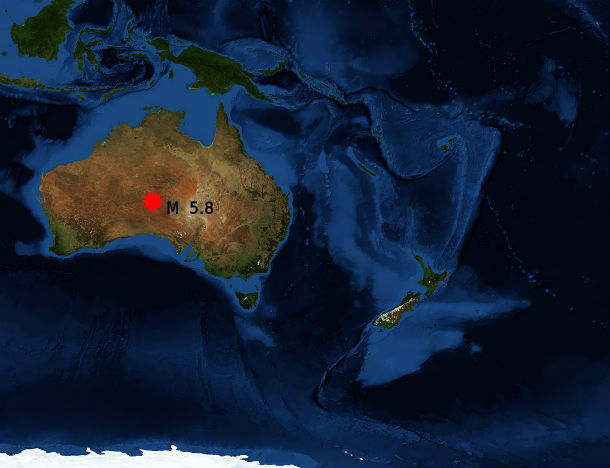 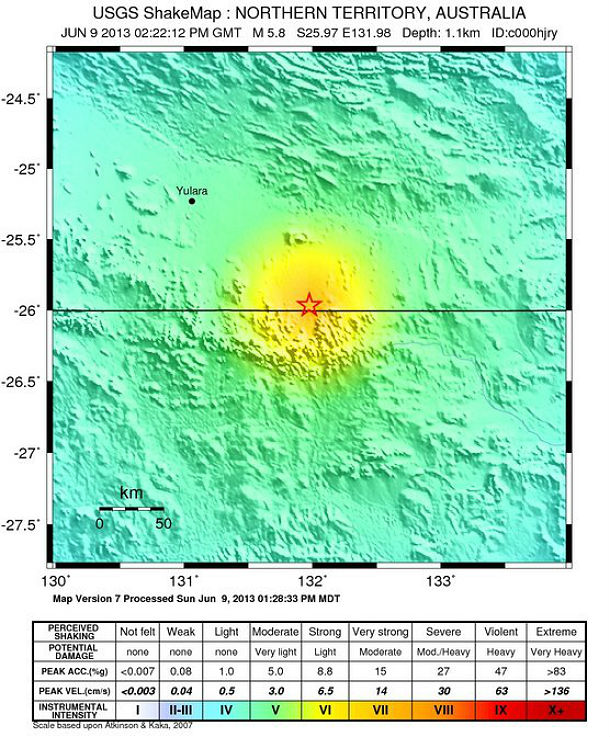 Geoscience Australia reported M 5.7 at depth of 0 km. There were no reports of damage. This area is sparsely populated. 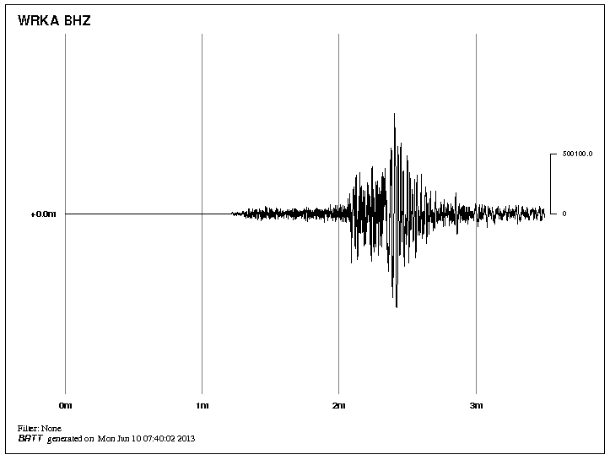 Earthquake activity and level of risk in Australia

Australia is seismically active and earthquakes pose a substantial risk. Australia's earthquake activity is moderate to high. The level of the earthquake hazard of Australia's more active regions is roughly comparable to that of well known seismic zones in central USA. The largest earthquake that can occur in Australia is not yet known but is expected to be above Richter Magnitude 7. Earthquakes offshore southeastern Australia have exceeded M 7 and different magnitudes calculations for the onshore Meeberrie WA earthquake in 1941 ranged from 6.9 to 7.2. (QUAKES) 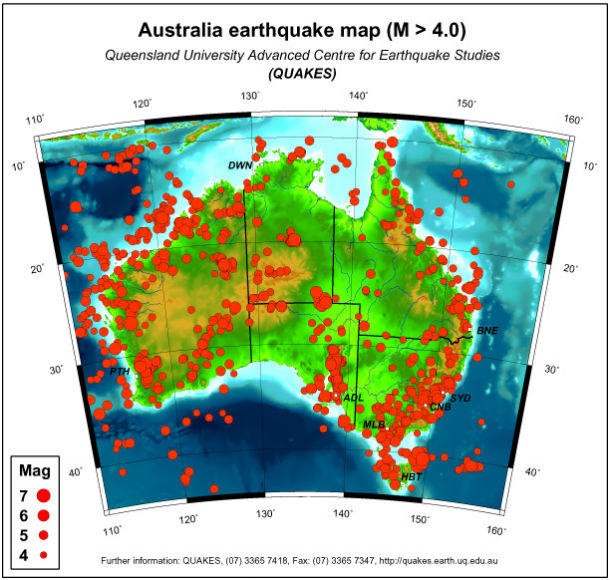 Australia is found within the Indo-Australian tectonic plate. Most seismic activity in the region occurs at the boundaries of this plate with adjoining plates. This is called inter-plate seismicity. However, a significant amount of earthquake activity occurs within the plate – both under the continent, and under the surrounding oceanic areas. This is called intra-plate activity, and the reasons for this kind of seismicity are not clearly understood. 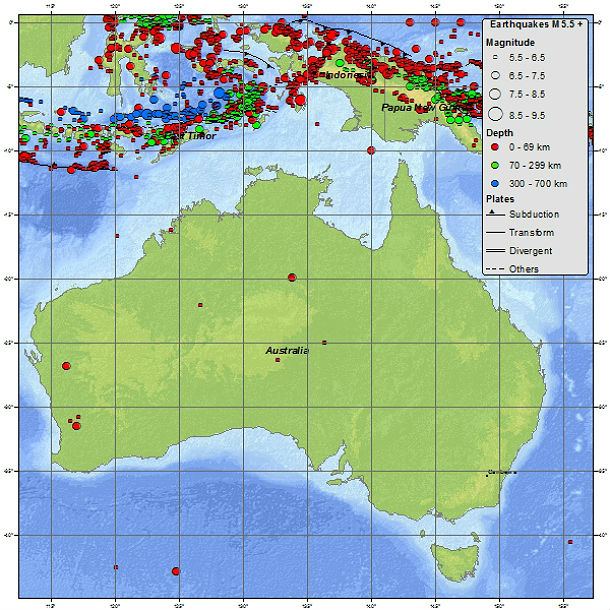 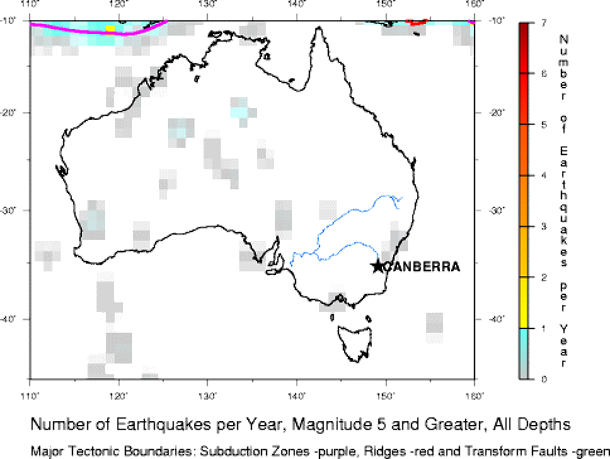