Shallow earthquake magnitude 5.2 hit near the southeast coast of Australia

Geoscience Australia first reported 5.5 magnitude then downgraded to 5.3 with depth of 10km.

This is first earthquake in 2012 and so far the biggest earthquake in century for Victoria region. By many reports lasted between 30-40 seconds. A merely light top moderate shaking has been experienced by many people. 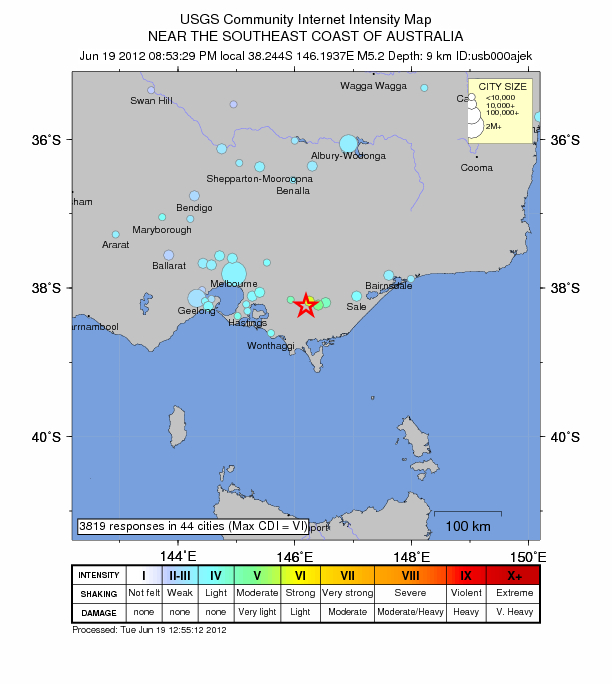 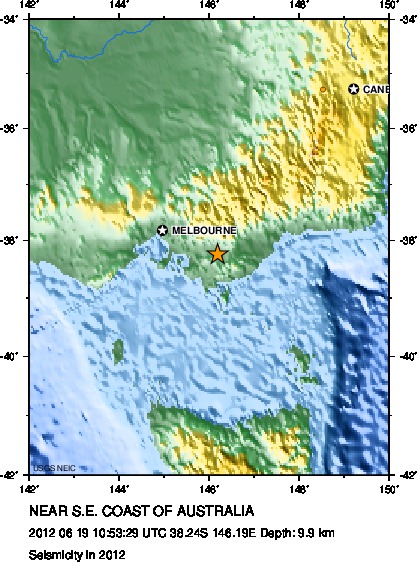 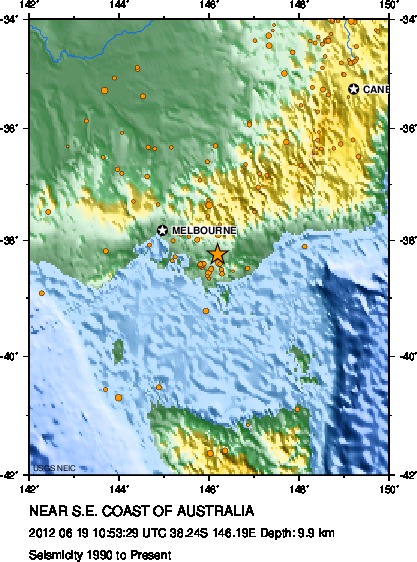