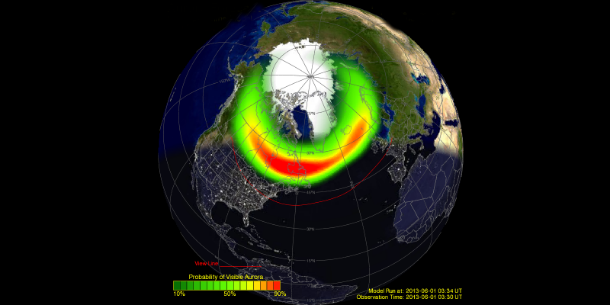 The geomagnetic storm associated with the May 22, 2013 solar flare (M5.0) and corresponding Coronal Mass Ejection (CME) is ongoing. G1 (Minor) geomagnetic storm conditions have occurred as a result. According to NOAA/SWPC, continued, low-level geomagnetic storming is expected over the next 24-36 hours as Earth remains under the influence of this disturbance. 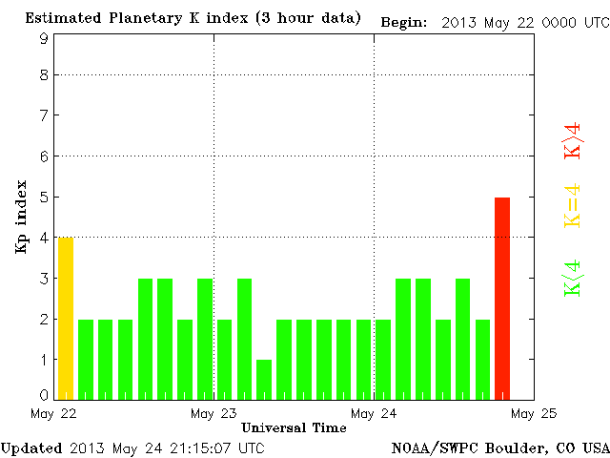 A solar radiation storm is still in progress around Earth, but is slowly subsiding. It currently ranks S1(minor) on NOAA storm scales, which means that minor impacts on HF radio in the polar regions could be possible. On May 23, 2013 Solar radiation storm reached S3 (Strong) levels at approximately 03:00 UTC. Proton levels continue to slowly decline. High-latitude sky watchers should be alert for bright auroras. 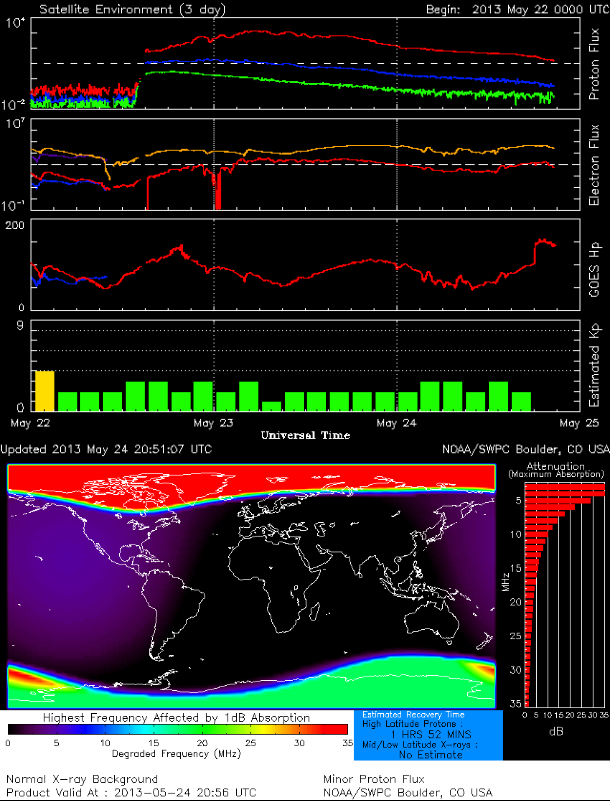 There are currently 5 numbered sunspots on visible solar disk. Sunspots 1755 and 1756 remain the largest visible sunspots with developed beta-gama magnetic configuration. Any eruption from these sunspots would be geoeffective. NOAA/SWPC forecasters estimate 45% chances of M-class and 15% chances of X-class events. 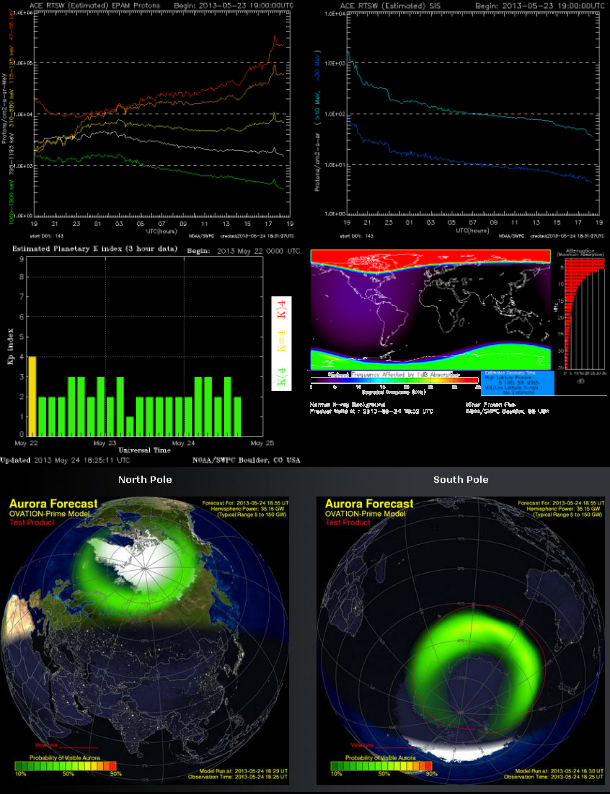