A strong solar flare reaching M5.0 erupted on May 22, 2013 from Beta classified Region 1745 located on the western limb of the Sun.

Associated with the event was a Type II and Type IV Radio Emission indicating a Coronal Mass Ejection (CME) is associated with a flare event. This CME could have an Earth directed component. A 10 cm radio burst was also associated according to report from SWPC. This can be indicative of significant radio noise in association with a solar flare. This noise is generally short-lived but can cause interference for sensitive receivers including radar, GPS, and satellite communications.

NOAA SWPC forecasters estimated 50% chance for an M-class event, and 20% for an X-class. 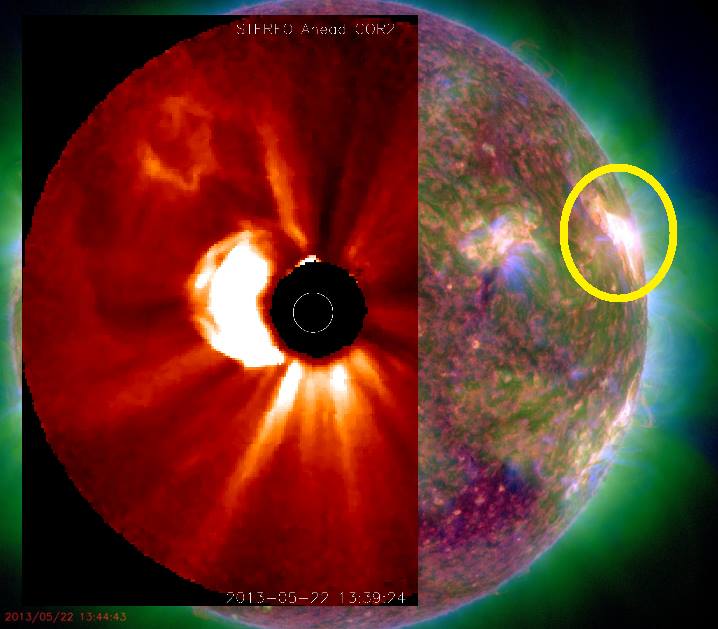 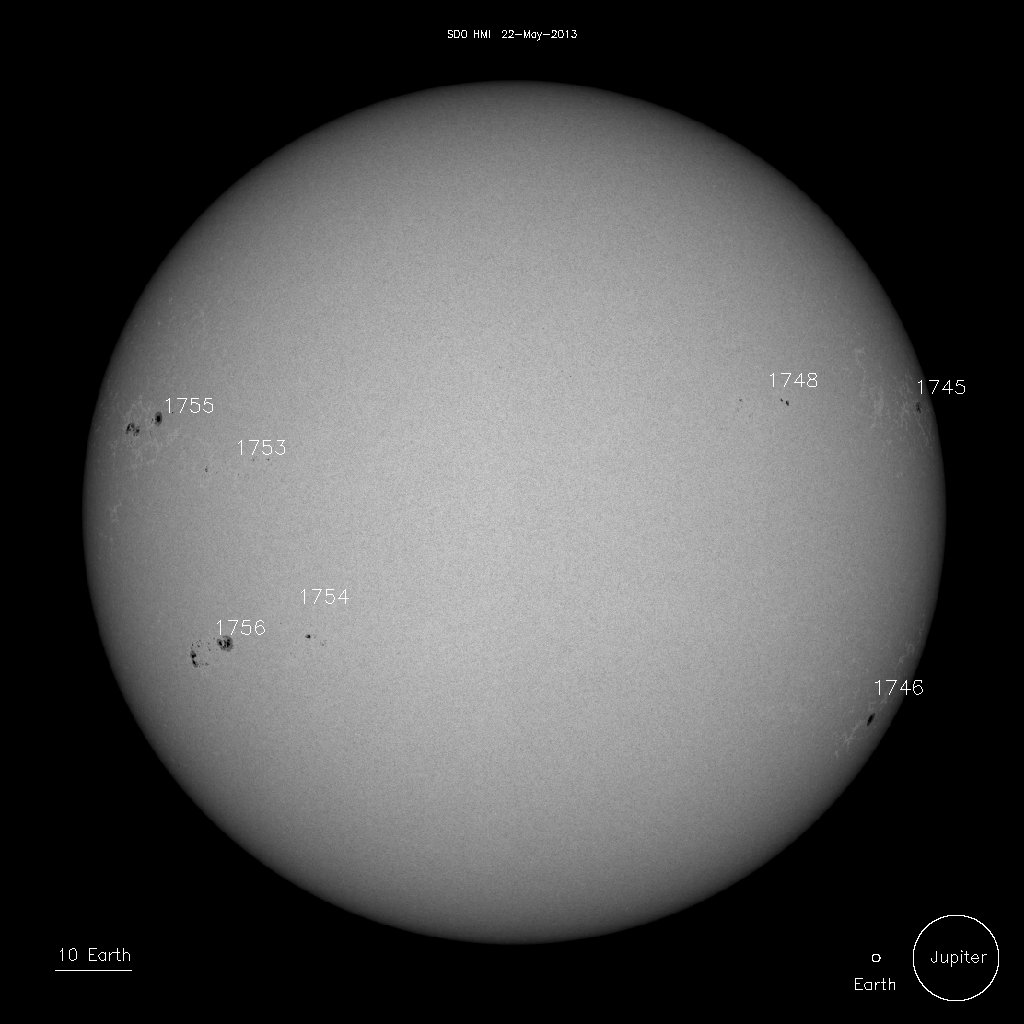 Note: At the time of publishing the article available data showed M7.3 solar flare. X-ray flux data from GOES satellite had gaps that resulted in wrong information. We apologise for any inconvenience.