When an eruption of the volcano happens below a glacier, a subglacial volcano can be formed. These subglacial volcanoes, called tuyas, can enable scientists to piece together details on how the climate of our planet has changed over the course of its history. The shape of tuyas differs, determined by a number of environmental factors at the time of the eruption, along with the thickness of the ice sheet.

A new study, published online on April 30, 2013 in the journal Nature Communications, suggests that an ancient volcano that erupted 1.8 million years ago in western Canada burst through an ice sheet that was double the thickness than researchers had previously estimated.

Scientists gathered pyroclastic samples from Kima’Kho, which is a partially eroded subglacial volcano in the province of British Columbia, and made detailed measurements of the nearby terrain. Those observations gave the experts the ability to make more precise models of the regional ice sheet.

Researchers may also study the deposits produced by these subglacial eruptions to figure out whether they were created below or above the waterline of the huge lakes within glaciers – which is similar to how water rings are left on the inside of a bathtub, explained the study scientists. They are able to extract information about how the glacier has evolved by performing an analysis of these different “rings”, or passage zones. 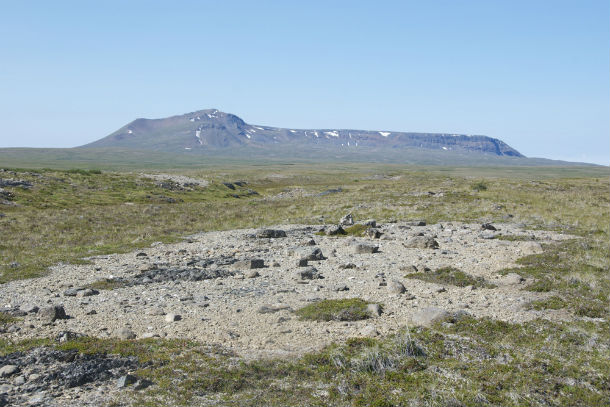 James Russell, a volcanologist at the University of British Columbia and lead author of the study, and his team were successful at making precise measurements of the thickness of the ancient ice sheet in the time of Kima’Kho eruption, some 1.8 million years ago. They acquired those measurements by calculating the depth and volume of water in these englacial lakes.

Researchers were able to map a passage zone in pyroclastic deposits left by the earliest explosive phase of eruption, allowing for more accurate forensic recovery of paleo-lake levels through time and better estimates of paleo-ice thicknesses. This technique may be used to make the same measurements for other subglacial volcanoes, which are a relatively rare phenomena, mostly found in British Columbia, Iceland, Oregon and under the Antarctic ice sheets.

Applying the same technique to other subglacial volcanoes will provide new constraints on paleoclimate models that consider the extents and timing of planetary glaciations.

You can read original study in April 30th, 2013 edition of the journal Nature Communications.