On March 12, 2013 a solar filament in the sun's northern hemisphere erupted and launched Coronal Mass Ejection (CME). The source of the explosion was active region AR1690. A CME produced by the explosion is traveling north of the Earth line, but part of the CME might hit Earth's magnetic field on March 15, 2013. 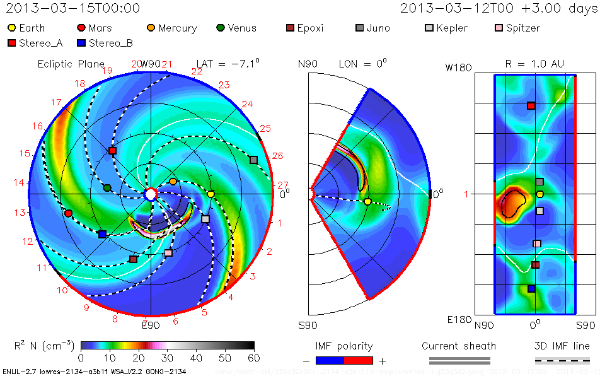 CME cloud might deliver a glancing blow to Earth's magnetic field, so high-latitude sky watchers should be alert for auroras. NOAA/SWPC forecasters estimate a 65% chance of polar geomagnetic storms. Maximum useable frequencies for High-frequency radio communications may be mildly depressed in polar regions. 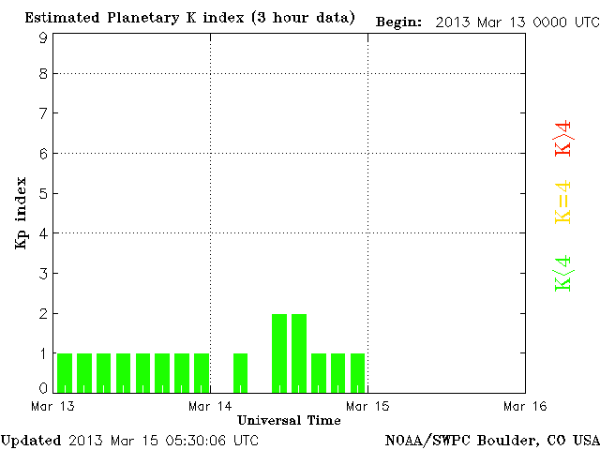 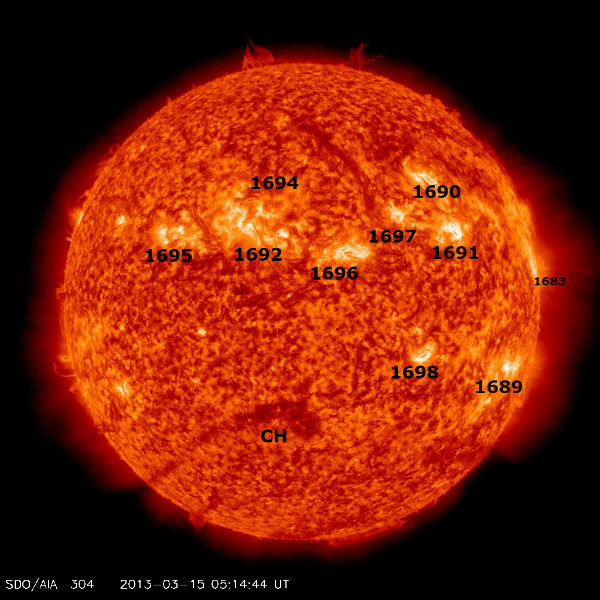 Solar activity was quiet with only two small C-class flares in the last 24 hours, however activity is expected to be more eruptive in the next 24 hours.